Establishment of a cat genome analysis platform Through a fusion of veterinary medicine, genomics and information science

Establishment of a cat genome analysis platform
Through a fusion of veterinary medicine, genomics and information science

Cats share around 250 types of genetic diseases with humans, and they are seen as a next-generation animal model for diseases. During his days as a veterinarian, Project Professor Watanabe saw many animals succumb to diseases, including genetic diseases which were incurable. He presses forward with his research on cat genome analysis to treat such diseases, with the hope that his findings can be applied to humans as well. 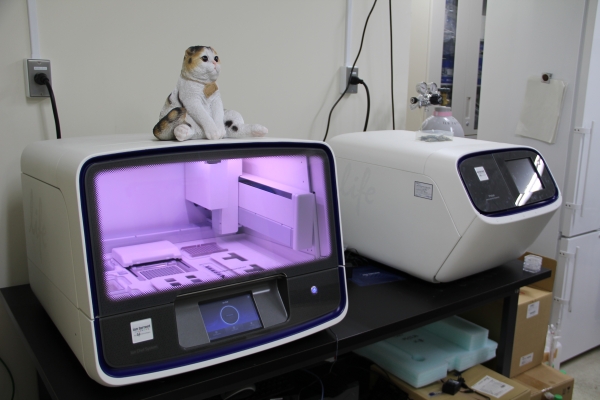 The next-generation sequencer and folded-eared cat (figurine) support the lab.

One type of research that is being carried out in Project Professor Watanabe’s lab on Komaba II Campus is the genome analysis of companion animals. They have created a dog and cat genome analysis platform, which was established using a next-generation sequencer that decodes a large quantity of base sequence data in a short amount of time. What exactly is this platform?

“There is something called a reference genome, which is the standard genome sequence for a particular species. So, with cats, for instance, we take the genome data from the blood or tissue specimen with feline cancer or other such disease we want to examine and compare it to the reference genome for cats, looking for the differences. This allows us to discover genomic changes of genetic diseases or the cause of the feline cancer, as well as the specific genome variants that determine the characteristics like fur length or color of cats. The human genome analysis platform has been developed extensively, but there hadn’t yet been a specialized system for cats and dogs.”

The whole genomes of some mammals have been decoded starting with humans, chimpanzees, mice, rats and cows, followed by dogs in 2005 and cats in 2007. The feline reference genome data is taken from an Abyssinian cat named Cinnamon that was kept by a research team at the University of Missouri.

For example, if the form of a key changes or partially breaks and no longer can enter the keyhole, the key cannot open the lock. Similarly, just by a genomic sequence having changed, a molecule which has important roles can no longer function. This is the basic idea of genetic diseases.

In order to set up a network to collect genome, blood and disease resources related to companion animals and create a series of systems ranging from genome decoding using next-generation sequencers to genome analysis using specially developed software, an advanced understanding of computer science, genomics, molecular biology and veterinary medicine is necessary.

“I have a veterinary background, so I’ve witnessed many poor animals getting weak and passing away. Veterinarians can heal normal injuries, but not hereditary diseases. Genomic diseases cannot be diagnosed or treated without genome analysis. I wasn’t good with computers, but since the lab I joined happened to use a sequencer, I naturally became accustomed to them. I believe I am where I am today because of my experiences in both the hands-on clinical world and the data-driven laboratory world.”

A number of animal-related items decorate Watanabe’s lab, like posters from the Japan Guide Dog Association and cat magnets. The object that stands out the most is a figurine of a cat sitting down like a middle-aged man whose legs have given way.

“This is our Scottish Fold mascot. They’re very popular because of their folded ears, hence ‘Fold’, and for their unique posture, which cannot be seen in any other breeds, referred to as the ‘Buddha position’. It is, however, also a breed with hereditary problems.”

Watanabe says it has been proven that when mating pairs of this breed both have folded ears, there is a high possibility of the offspring developing serious bone disease. It was as though the middle-aged-man-like cat sitting in the “Buddha position” in its usual spot overlooking the laboratory was saying: “Please keep researching with the feline genome analysis platform to help my fellow cats who are suffering from bone disease.”

From wildcat to housecat 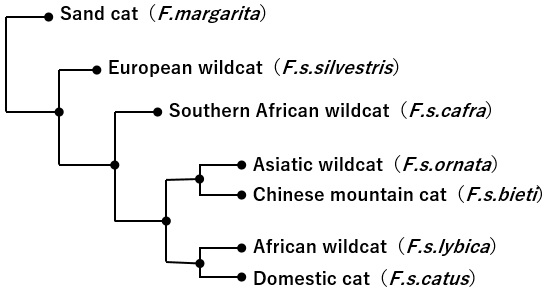 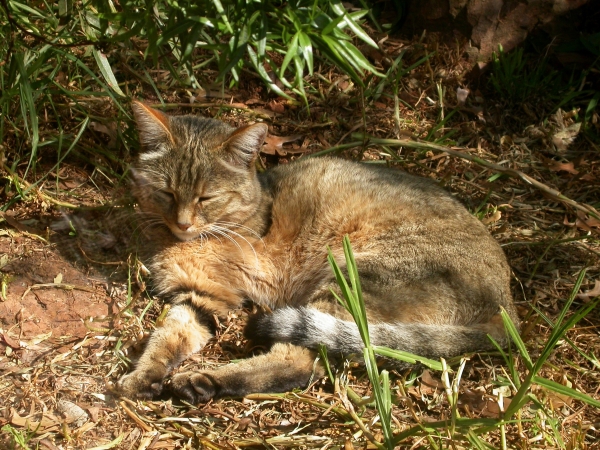 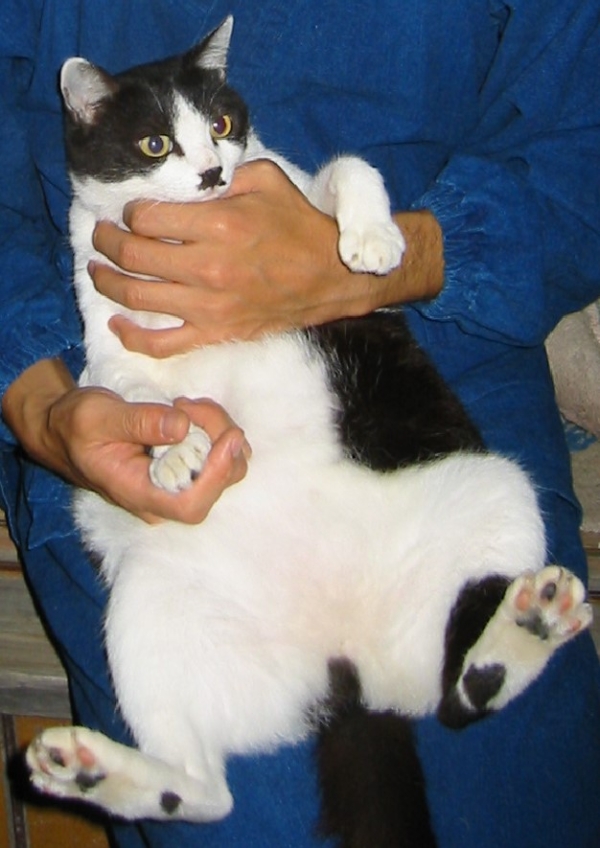 Domestic cat
Watanabe found this cat in a weakened state on the street during a trip back to his home in Miyazaki Prefecture, and that is how “Nyanko-sensei” became the Watanabe household’s resident cat. It passed away from natural causes at the age of 16.

* This article was originally printed in Tansei 37 (Japanese language only). All information in this article is as of September 2018. (Watanabe is currently a project professor.)