Adding intrigue to art through the knowledge of nature The swirling, undulating world of information modeling

Adding intrigue to art through the knowledge of nature
The swirling, undulating world of information modeling

Professor Kawaguchi works on modeling information at the artistic level. After recognizing the evolution of Earth’s living creatures from the Cambrian period as a goldmine of artistic inspiration, he has categorized these lifeforms into “swimming,” “walking” and “flying” types as he researches their “self-reproduction.” His words are indeed unique as expected, drawing the readers into his own world. Is he an artistic researcher, or an artist with a researcher’s mind? Read on and you’ll find out. 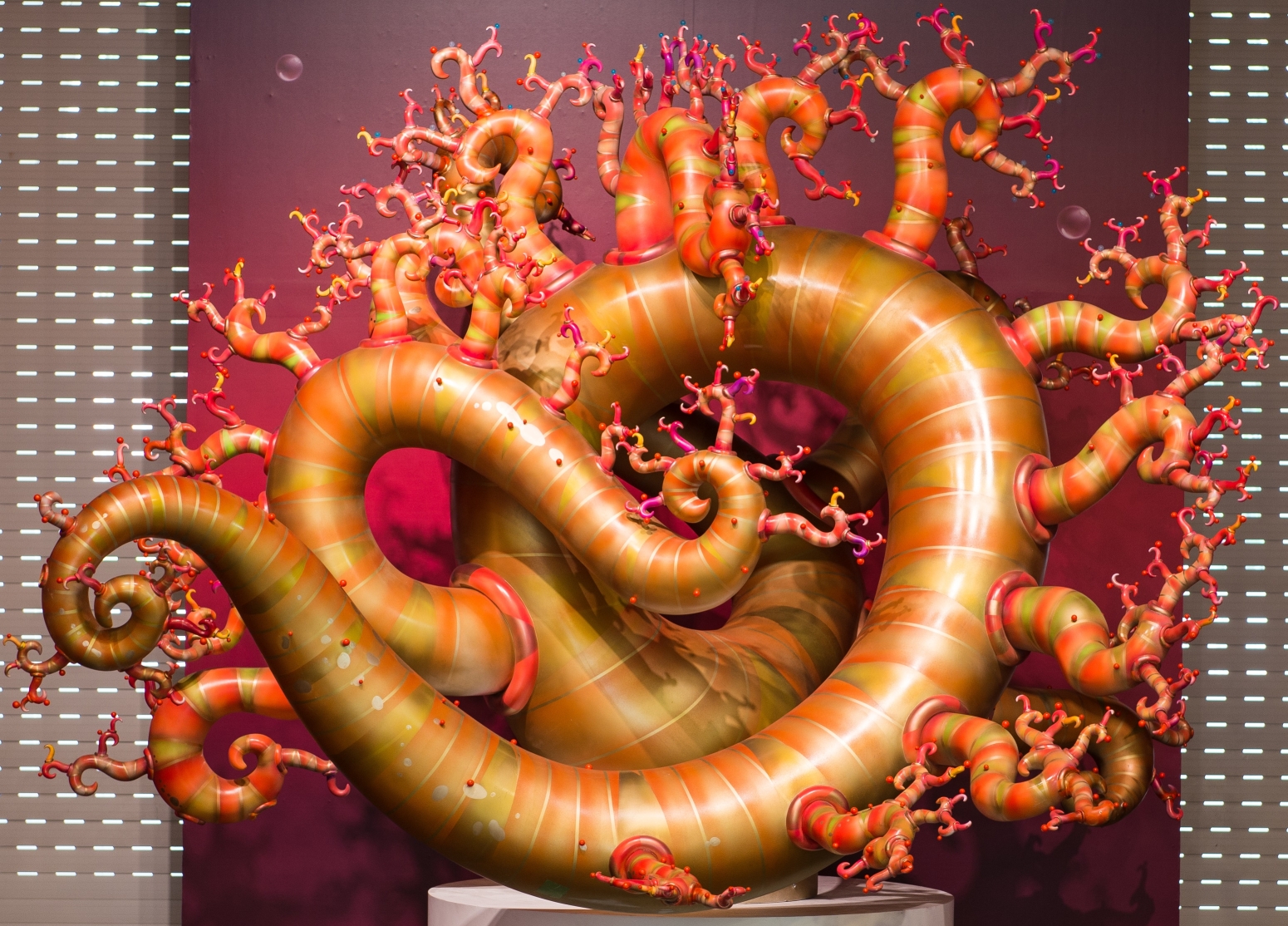 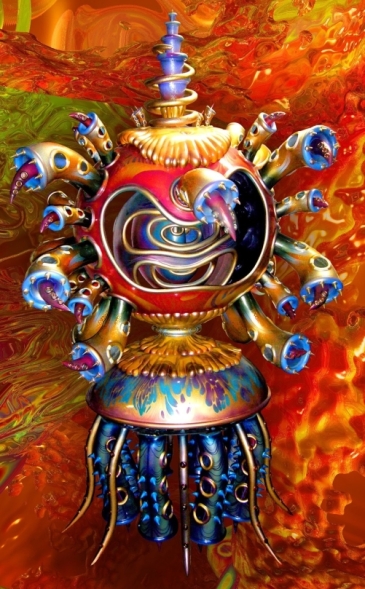 The helix pattern is found commonly in the natural world. Just as spiral shells form a helix shape by continuously creating certain elements, programming can be used to apply this pattern to art.

I’ve always been thinking about art creating its own future.

Among the self-reproducing formative models that I started creating in 1976, the complex spiraling Growth Model is now able to react to human movement, and it became possible for it to sway, twist and dance. A lot of children play with this self-reproduction-type model that reacts to their movements.

The “Gemotion” of cellular membranes 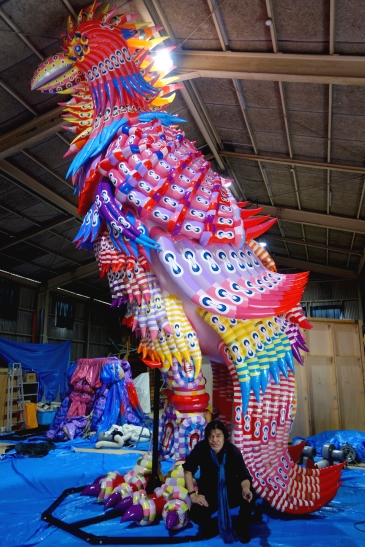 “Phoecco,” the space phoenix trying to take off

When someone pushes down on the body of a living thing, its body will react by pushing back up. Considering how to reproduce this phenomenon in art, in 2000, I started researching reactive grid-type membranes. In the Gemotion (gene + emotion) project that reacts to unevenness, a grid-like surface responds emotionally to such asymmetry on its body like a real living thing.

The membrane acts as a collection of cells, like a cell automaton, in which adjoining cells on the top, bottom, left, and right are repeatedly turned on (brought to life) and off (destroyed) according to a fixed rule of reciprocity.

If this wall of cells becomes uneven, as though it is overcome by emotion, it will start breathing like a living organism. As a new art space of the future, a wall that is bumpy like a living creature is full of fascination, making it enjoyable to touch as well. 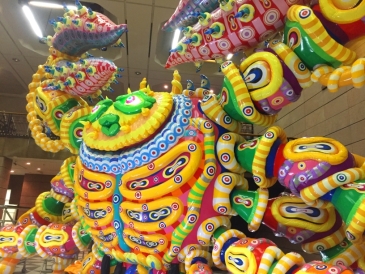 Let’s think about a newborn four-legged creature. It has no idea how it should move yet. It doesn’t know how to move forward. It can’t stand up. It keeps falling down. However, eventually it is able to stand. It tries to move forward gradually. Even then, it still falls down. It keeps trying, but it can’t move forward. Even with its legs trembling, it tries to walk, bit by bit. But this time, its attempts to walk forward seem to be working. It is toddling. It raises its two front legs to express its joy.

Its cheers are short-lived, however, as it falls down again many times. Four-legged creatures are like babies.

Art of the future is another life-form 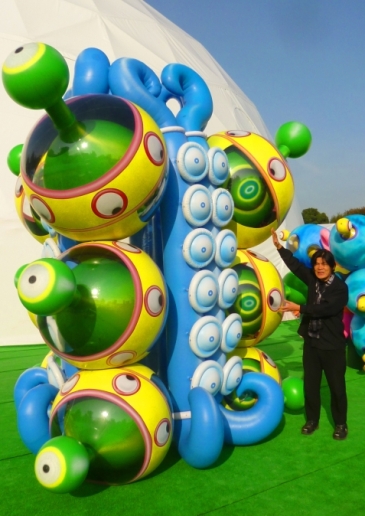 Newborn art starts growing up as it toddles. As art matures, it repeatedly stands up and falls down while it laughs and cries, which in itself is another form of art. Art learns independently as it creates its own future itself. Through emotional self-growth, it will mature into something unique. 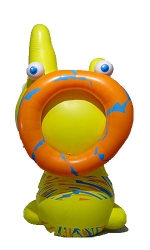 Art from now on will become another type of outer-space life-form, growing together with us as it communicates with and stimulates the five senses of people in different dimensions.

I hope that art will provide dreams and hopes to children and adults while contributing to the development of fascinating towns in the future.

Note: Professor Kawaguchi retired from UTokyo in March 2018, and is now an emeritus professor.

Note 2: This article was originally printed in Tansei 36 (Japanese language only). All information in this article is as of March 2018.