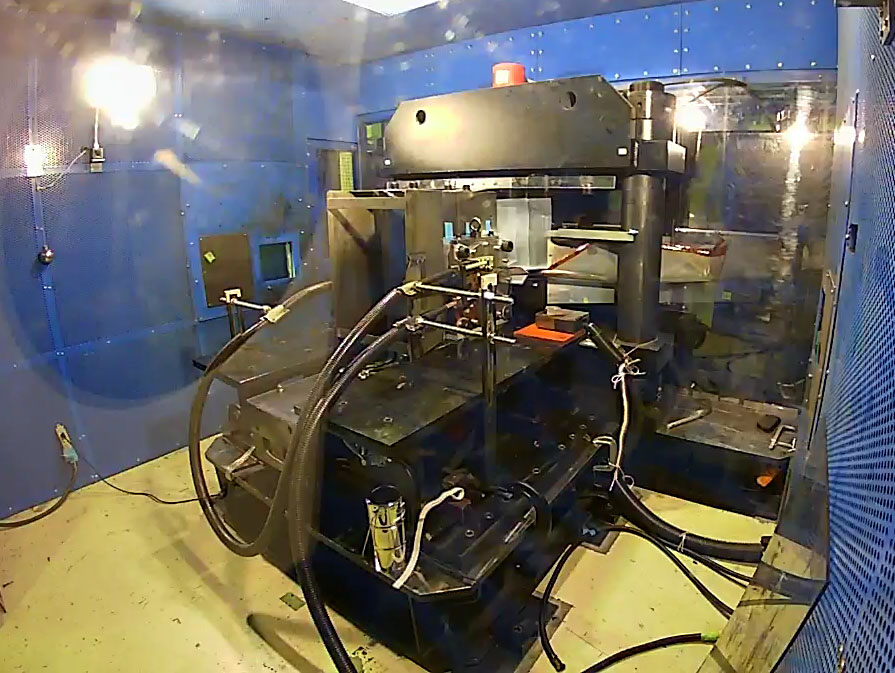 The megagauss generator just before it’s switched on. Some parts for the device are exceedingly rare and very few companies around the world are capable of producing them. Image: ©2018 Shojiro Takeyama

Physicists from the Institute for Solid State Physics at the University of Tokyo have generated the strongest controllable magnetic field ever produced. The field was sustained for longer than any previous field of a similar strength. This research could lead to powerful investigative tools for material scientists and may have applications in fusion power generation.

Magnetic fields are everywhere. From particle smashers to the humble compass, our capacity to understand and control these fields crafted much of the modern world. The ability to create stronger fields advances many areas of science and engineering. UTokyo physicist Shojiro Takeyama and his team created a large sophisticated device in a purpose-built lab, capable of producing the strongest controllable magnetic field ever using a method known as electromagnetic flux compression.

“Decades of work, dozens of iterations and a long line of researchers who came before me all contributed towards our achievement,” said Professor Takeyama. “I felt humbled when I was personally congratulated by directors of magnetic field research institutions around the world.” 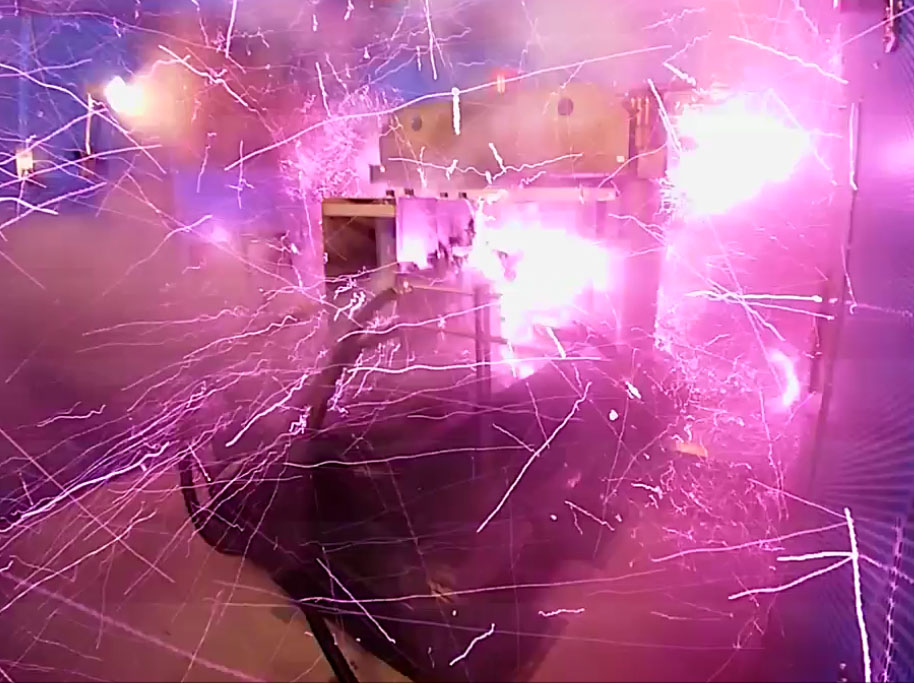 Sparks fly at the moment of activation. Four million amps of current feed the megagauss generator system, hundreds of times the current of a typical lightning bolt. Image: ©2018 Shojiro Takeyama

But what is so interesting about this particular magnetic field?

At 1,200 teslas - not the brand of electric cars, but the unit of magnetic field strength - the generated field dwarfs almost any artificial magnetic field ever recorded; however, it’s not the strongest overall. In 2001, physicists in Russia produced a field of 2,800 teslas, but their explosive method literally blew up their equipment and the uncontrollable field could not be tamed. Lasers can also create powerful magnetic fields, but in experiments they only last a matter of nanoseconds.

The magnetic field created by Takeyama’s team lasts thousands of times longer, around 100 microseconds, about one-thousandth of the time it takes to blink. It's possible to create longer-lasting fields, but these are only in the region of hundreds of teslas. The goal to surpass 1,000 teslas was not just a race for the sake of it, that figure represents a significant milestone. 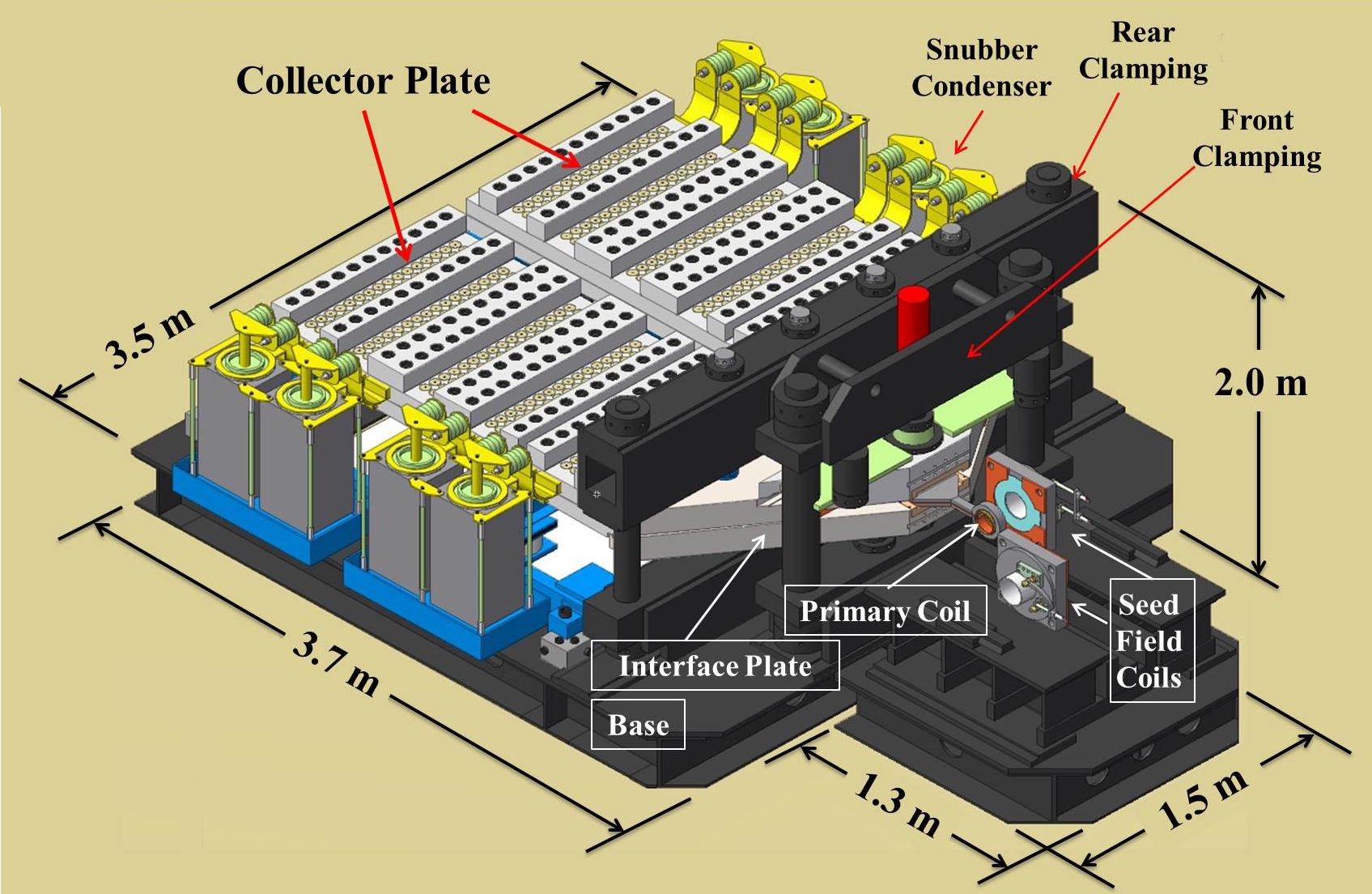 Earth’s own magnetic field is 25 to 65 microteslas. The megagauss generator system creates a field of 1,200 teslas, about 20 million to 50 million times stronger. Image: ©2018 Shojiro Takeyama

“With magnetic fields above 1,000 Teslas, you open up some interesting possibilities,” says Takeyama. “You can observe the motion of electrons outside the material environments they are normally within. So we can study them in a whole new light and explore new kinds of electronic devices. This research could also be useful to those working on fusion power generation.”

This is an important point, as many believe fusion power is the most promising way to provide clean energy for future generations. “One way to produce fusion power is to confine plasma - a sea of charged particles - in a large ring called a tokamak in order to extract energy from it,” explains Takeyama. “This requires a strong magnetic field in the order of thousands of teslas for a duration of several microseconds. This is tantalizingly similar to what our device can produce.” 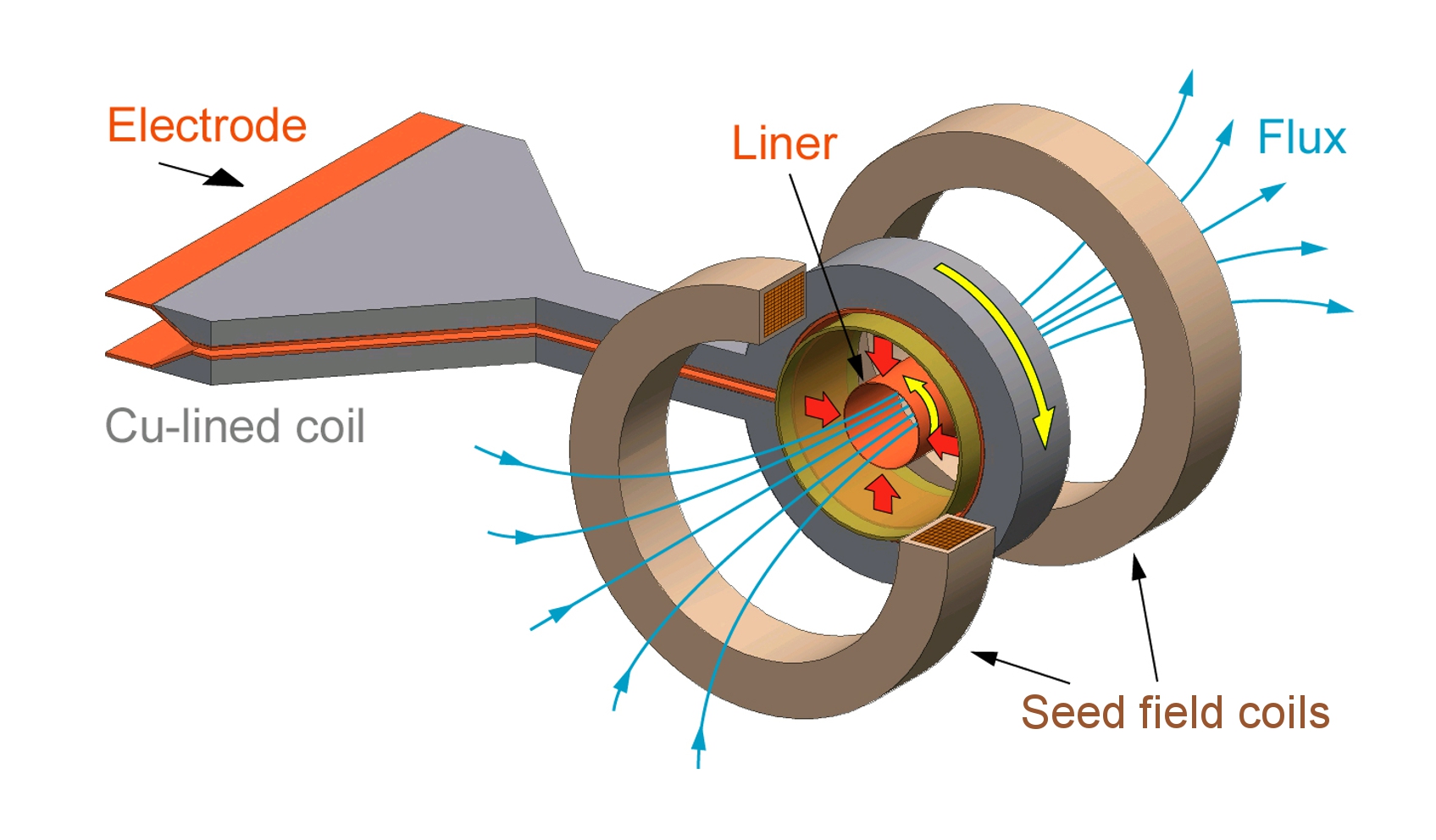 This is the business end of the megagauss generator system. The coil rapidly collapses the liner, compressing the field within to strengthen it. The liner implodes at 5km/s, almost 15 times the speed of sound. Image: ©2018 Shojiro Takeyama

The magnetic field strength is measured by shining a laser into the center of the liner. The field twists the polarization of the laser incident light, and the degree of the twist or polarization is measured to calculate the field strength. This method is called Faraday rotation. Image: ©2018 Shojiro Takeyama