For the first time, researchers discovered a simple and highly efficient way to produce certain kinds of organic compounds. The team from the Department of Chemistry at the University of Tokyo report their new method – which uses a novel iron catalyst – can not only simplify organic synthesis but would greatly reduce costs and cut down on waste products. This could have huge implications for industries such as pharmaceuticals, petrochemicals, materials and more.

Organic compounds are essential to pretty much everything. The list is endless: fuels, medicines, foods, detergents, solvents, plastics and of course life itself. Organic chemicals are literally everywhere, even the cold depths of space. There are many different kinds; some are made by living organisms and some are synthesized in labs by complex chemical processes. These processes have financial and material costs which Professor Eiichi Nakamura, principal investigator of the study, aims to cut.

“I felt drawn to investigate the use of iron as a catalyst to speed up reactions,” said Nakamura. “It’s intriguing how on one hand it’s cheap, abundant and nontoxic, but on the other hand it’s difficult to control iron’s catalytic ability due to its complex electronic behavior.”

So how can iron help reduce costs?

It all comes down to how component molecules bind together to form more complex ones such as the ever-so useful organic compounds mentioned above. These are usually combinations of simple hydrocarbons – molecules with carbon-hydrogen (C-H) bonds – in specific arrangements. Different C-H bonds combine to produce different functionality in the resulting compound.

However, left to their own devices, many C-H bonds tend to bind to other identical bonds which does not yield a useful product. This is called homocoupling and the result is considered waste. What Nakamura and colleagues have done is to fine-tune a first-of-its-kind iron catalyst so that it selects which C-H bonds to combine and which bond pairings to reject. In this way there is less homocoupling and less overall waste.

“Our group has investigated the reactivity of iron catalysts for over 10 years,” continued Nakamura. “The most difficult part of the research, but also the most rewarding, was elucidating the mechanism underpinning the reactions we sought.”

This mechanism is a series of events which take a quantity of source molecules, primarily the simple hydrocarbons the chemist wishes to bond, and delivers a quantity of more complex compounds after a certain time has passed. These events take place in reaction vessels in which atoms and even subatomic components get moved around and discarded as needs be by different substances which control the reactions.

But serving as the stage to all this action is the iron catalyst, without which the hydrocarbons would have nowhere to perform their chemical dance. In this analogy the catalyst also plays choreographer, orchestrating these routines at the atomic level.

With events happening at such small scales, it’s difficult to imagine how Nakamura and his team can actually know what is happening but they have clever tricks to see the performance without disrupting the proverbial dancers.

“We tagged a C-H bond with an isotope of hydrogen called deuterium, then stopped the reaction part way through to measure how this deuterium had changed,” concluded Nakamura. “We saw that deuterium had bonded with reaction agents in such a specific way that it strongly supports my theorized mechanism. It’s one of the most exciting results I’ve ever seen!” 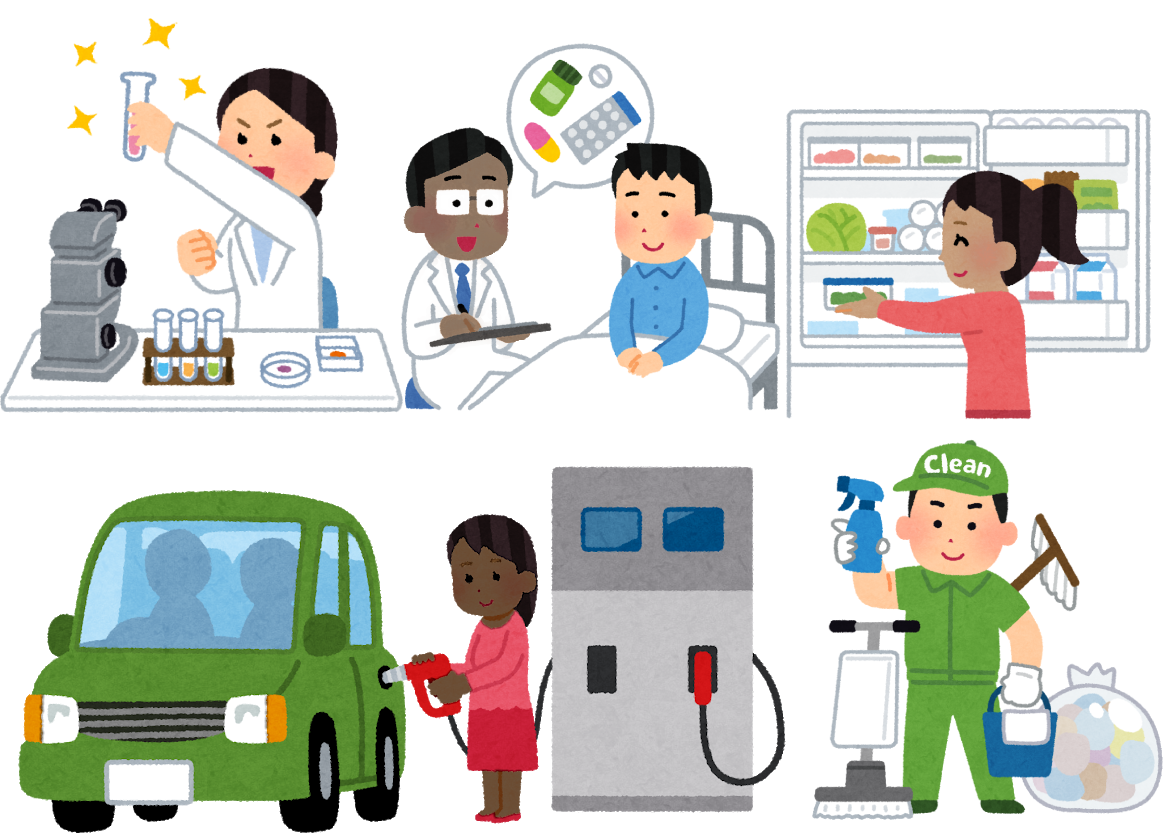 Organic compounds made by Professor Eiichi Nakamura’s method are of great interest to industry.
They could be useful in things like medicine, food, fuel, cleaning products and much more. Image: © 2019 irasutoya.com