One researcher at the University of Tokyo is in hot pursuit of dinosaurs, tracking extinct species around ancient Earth. Identifying the movements of extinct species from millions of years ago can provide insights into ancient migration routes, interaction between species, and the movement of continents.

“If we find fossils on different continents from closely related species, then we can guess that at some point there must have been a connection between those continents,” said Tai Kubo, Ph.D., a postdoctoral researcher affiliated with the University Museum at the University of Tokyo.

A map of life — biogeography 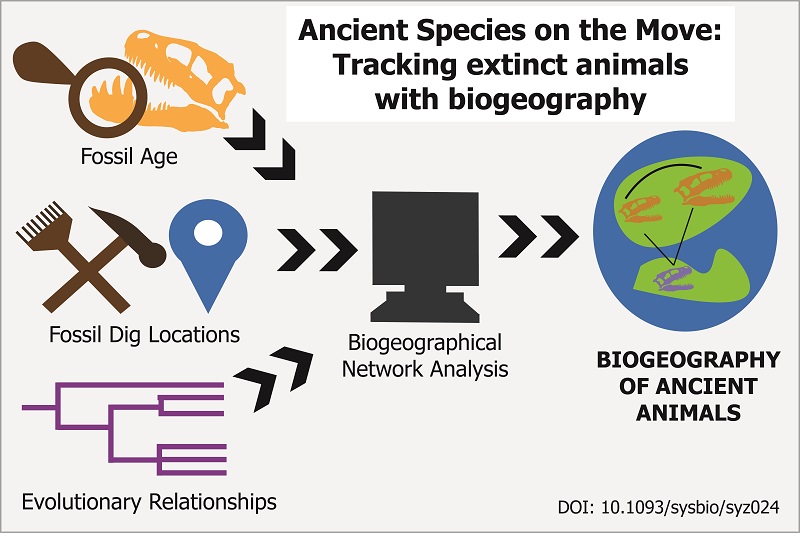 How to track a dinosaur: by combining data from fossils and models of the ancient Earth, researchers can map where ancient species may have migrated. Image by Caitlin Devor, The University of Tokyo, CC-BY

Most fossils are found in just a few hot-spot locations around the world and many ancient species with backbones (vertebrates) are known from just one fossil of that species. These limitations mean that a species' fossils cannot reveal the full area of where it was distributed around the world.

"Including evolutionary relationships allows us to make higher resolution maps for where species may have migrated,” said Kubo.

The analysis used details from evolutionary studies, the location of fossil dig sites, and the age of the fossils. Computer simulations calculated the most likely scenarios for the migration of species between continents on the Cretaceous-era Earth, 145 to 66 million years ago. 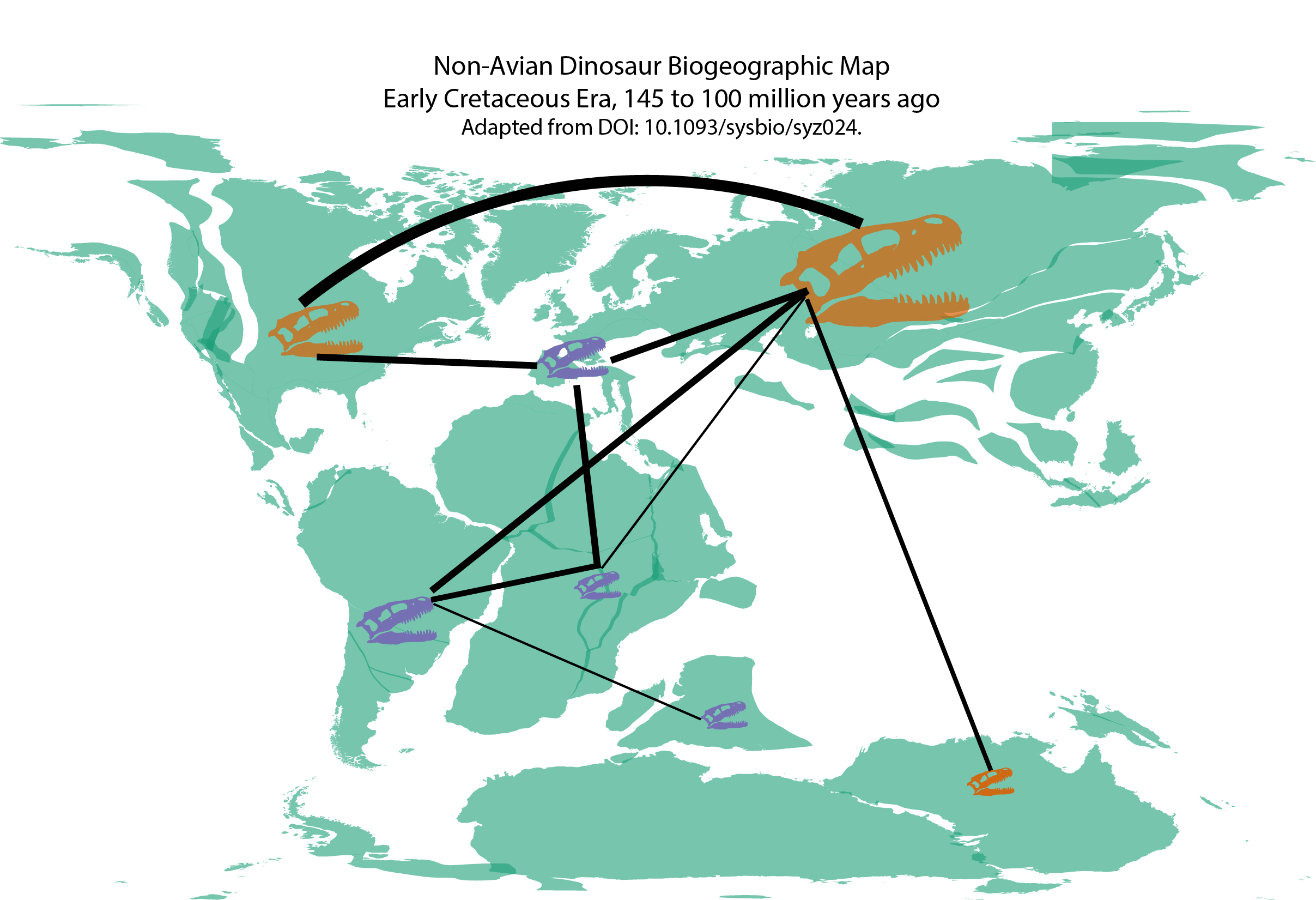 This new analysis verified what earlier studies suggested: nonavian dinosaurs were divided into a group that lived in the Northern Hemisphere and another that lived in the Southern Hemisphere, and that those two groups could still move back and forth between Europe and Africa during the Early Cretaceous period (145 to 100 million years ago), but became isolated in the Late Cretaceous period (100 to 66 million years ago).

During the Early Cretaceous period, there were three major supercontinents: North America-Europe-Asia, South America-Africa, and Antarctica-India-Australia.

By the Late Cretaceous period, only the North America-Europe-Asia supercontinent remained. The other supercontinents had separated into the continents we know today, although they had not yet drifted to their current locations.

“During the Late Cretaceous period, high sea levels meant that Europe was a series of isolated islands. It makes sense that nonavian dinosaur species differentiated between Africa and Europe during that time,” said Kubo. 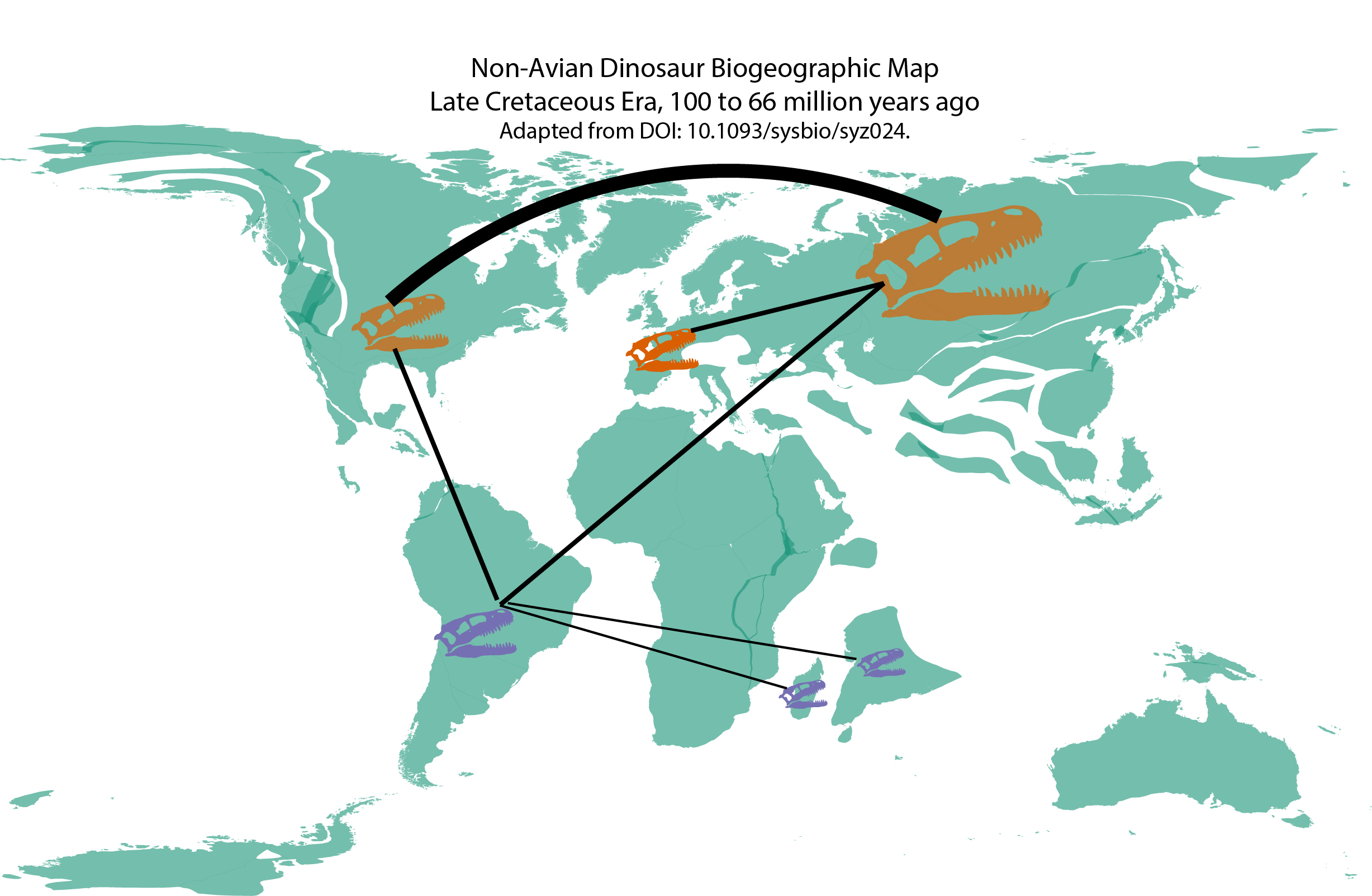 Kubo plans to complete additional biogeographical analyses for different time periods to continue tracking extinct species around the world and through time.