Researchers at the University of Tokyo conducted a census of the Japanese population around 2,500 years ago using the Y chromosomes of men living on the main islands of modern-day Japan. This is the first time analysis of modern genomes has estimated the size of an ancient human population before they were met by a separate ancient population.

"Evidence at archaeological dig sites has been used to estimate the size of ancient human populations, but the difficulty and unpredictability of finding those sites is a big limitation. Now we have a method that uses a large amount of modern data," said Associate Professor Jun Ohashi, an expert in human evolutionary genetics and leader of the research team that performed the analysis. 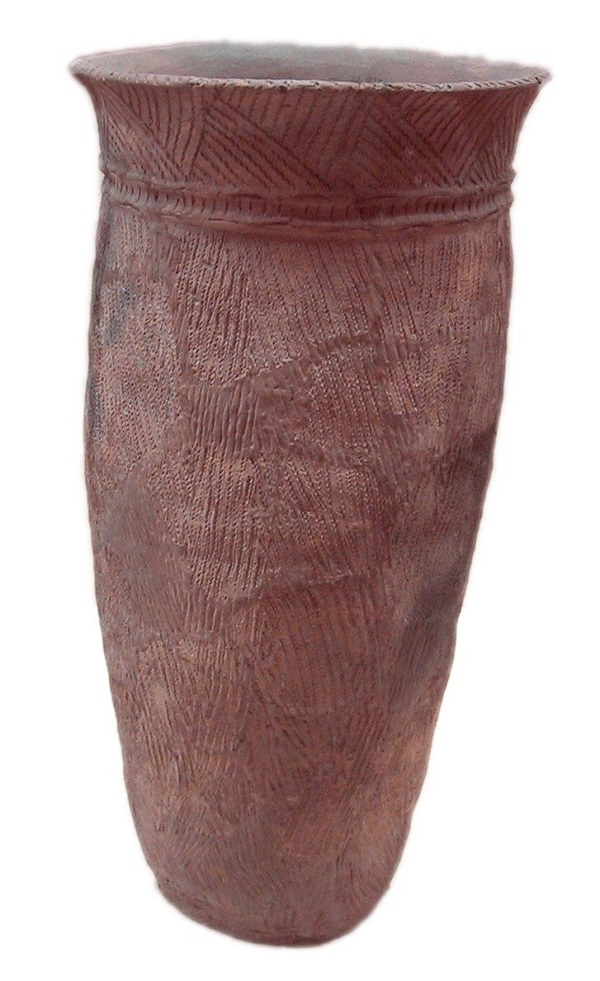 Archaeological remains from the Jomon people are recognized by the rope patterns pressed into their pottery. Image by Chris73 CC-BY-SA

The current theory on human migrations into Japan is that the original inhabitants, the Jomon people, were met about 2,500 years ago by a separate group coming mainly from the Korean Peninsula, the Yayoi people.

Archaeologists have identified fewer Jomon sites from the Late Jomon Period, the era immediately before the Yayoi arrival. Global temperatures and sea levels dropped during that period, which could have made life more difficult for the hunter-gatherer Jomon people.

When the Yayoi people arrived, they brought wet rice farming to Japan, which would have led to a more stable food supply for the remaining Jomon people living with the new Yayoi migrants.

The lesser amount of archaeological remains from the Late Jomon Period could be evidence of an actual population decline, or just that the archaeological dig sites have not yet been found.

Ohashi's research team decided to start digging through the human genome to address this archaeological mystery. They began by comparing the Y-chromosome sequences of modern Japanese men to those of Korean and other East Asian men. Y chromosomes are passed on from father to son with very little change over generations, so modern Y-chromosome sequences can reliably estimate the Y chromosomes of men thousands of years ago.

Researchers used DNA samples collected before 1990 from 345 men whose families were from the three main islands of Honshu, Shikoku, and Kyushu in Japan.

The research team identified one group of DNA sequences that only Japanese men had. That unique sequence group likely came from the Jomon people. The researchers identified six sequence groups common to both Japanese men and men with other East Asian heritage (Korean, Vietnamese, Chinese), which likely came from the Yayoi people or other ancestors common to Japanese and East Asian people.

Interestingly, modern Japanese men seem to have a greater percentage of Jomon ancestral DNA in their Y chromosomes than the rest of their genomes.

Previous genetic analyses concluded that modern ethnically Japanese people get about 12 percent of their entire genomes from Jomon ancestors and the rest from Yayoi ancestors. Ohashi's research team calculated that the one group of Jomon sequences they identified accounted for 35.4 percent of the entire Y chromosome, indicating that the specific sequence would have been extremely common in Jomon men.

Since it is easier for a sequence to become common in a small population, this is another indication that the size of the Jomon population decreased during the Late Jomon Period before the arrival of the Yayoi people.

"We hope this method might be useful to confirm other ancient human dynamics not fully explained by archaeology," said Ohashi.