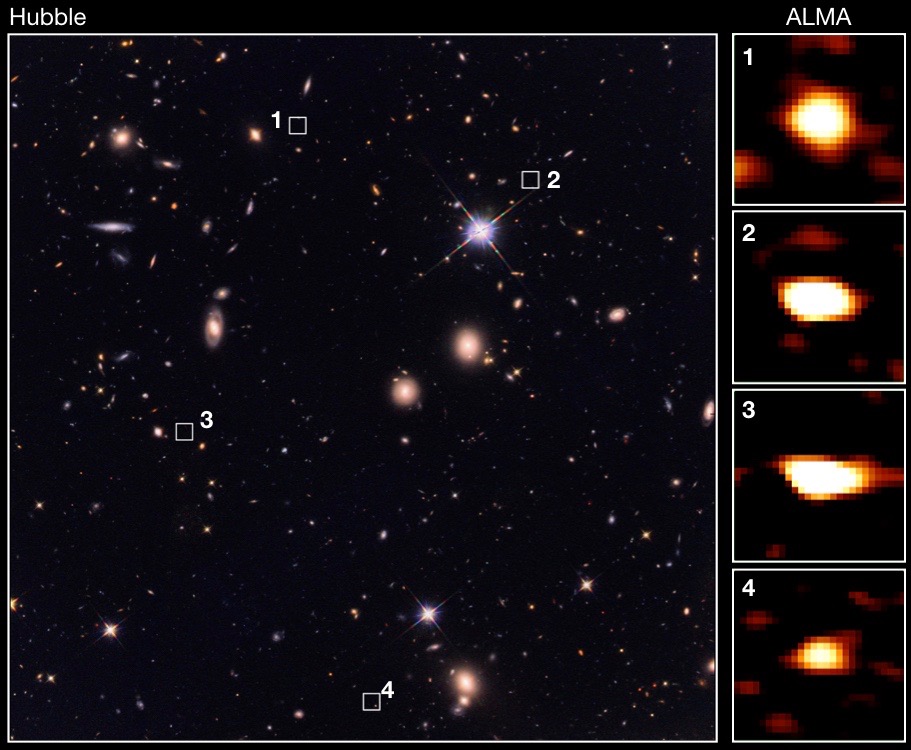 Ancient galaxies from the study are visible to ALMA (right) but not to Hubble (left). Image © 2019 Wang et al.

Astronomers used the combined power of multiple astronomical observatories around the world and in space to discover a treasure-trove of previously unknown ancient massive galaxies. This is the first multiple discovery of its kind and such an abundance of this type of galaxy defies current models of the universe. These galaxies are also intimately connected with supermassive black holes and the distribution of dark matter.

The Hubble Space Telescope gave us unprecedented access to the previously unseen universe, but even it is blind to some of the most fundamental pieces of the cosmic puzzle. Astronomers from the Institute of Astronomy at the University of Tokyo wanted to see some things they long suspected may be out there but which Hubble could not show them. Newer generations of astronomical observatories have finally revealed what they sought.

“This is the first time that such a large population of massive galaxies was confirmed during the first 2 billion years of the 13.7-billion-year life of the universe. These were previously invisible to us,” said researcher Tao Wang. “This finding contravenes current models for that period of cosmic evolution and will help to add some details, which have been missing until now.”

But how can something as big as a galaxy be invisible to begin with?

“The light from these galaxies is very faint with long wavelengths invisible to our eyes and undetectable by Hubble,” explained Professor Kotaro Kohno. “So we turned to the Atacama Large Millimeter/submillimeter Array (ALMA), which is ideal for viewing these kinds of things. I have a long history with that facility and so knew it would deliver good results.”

Even though these galaxies were the largest of their time, the light from them is not only weak but also stretched due to their immense distance. As the universe expands, light passing through becomes stretched, so visible light becomes longer, eventually becoming infrared. The amount of stretching allows astronomers to calculate how far away something is, which also tells you how long ago the light you’re seeing was emitted from the thing in question.

“It was tough to convince our peers these galaxies were as old as we suspected them to be. Our initial suspicions about their existence came from the Spitzer Space Telescope’s infrared data,” continued Wang. “But ALMA has sharp eyes and revealed details at submillimeter wavelengths, the best wavelength to peer through dust present in the early universe. Even so, it took further data from the imaginatively named Very Large Telescope in Chile to really prove we were seeing ancient massive galaxies where none had been seen before.”

Another reason these galaxies appear so weak is because larger galaxies, even in the present day, tend to be shrouded in dust, which obscures them more than their smaller galactic siblings.


And what does the discovery of these massive galaxies imply?

“The more massive a galaxy, the more massive the supermassive black hole at its heart. So the study of these galaxies and their evolution will tell us more about the evolution of supermassive black holes, too,” said Kohno. “Massive galaxies are also intimately connected with the distribution of invisible dark matter. This plays a role in shaping the structure and distribution of galaxies. Theoretical researchers will need to update their theories now.” 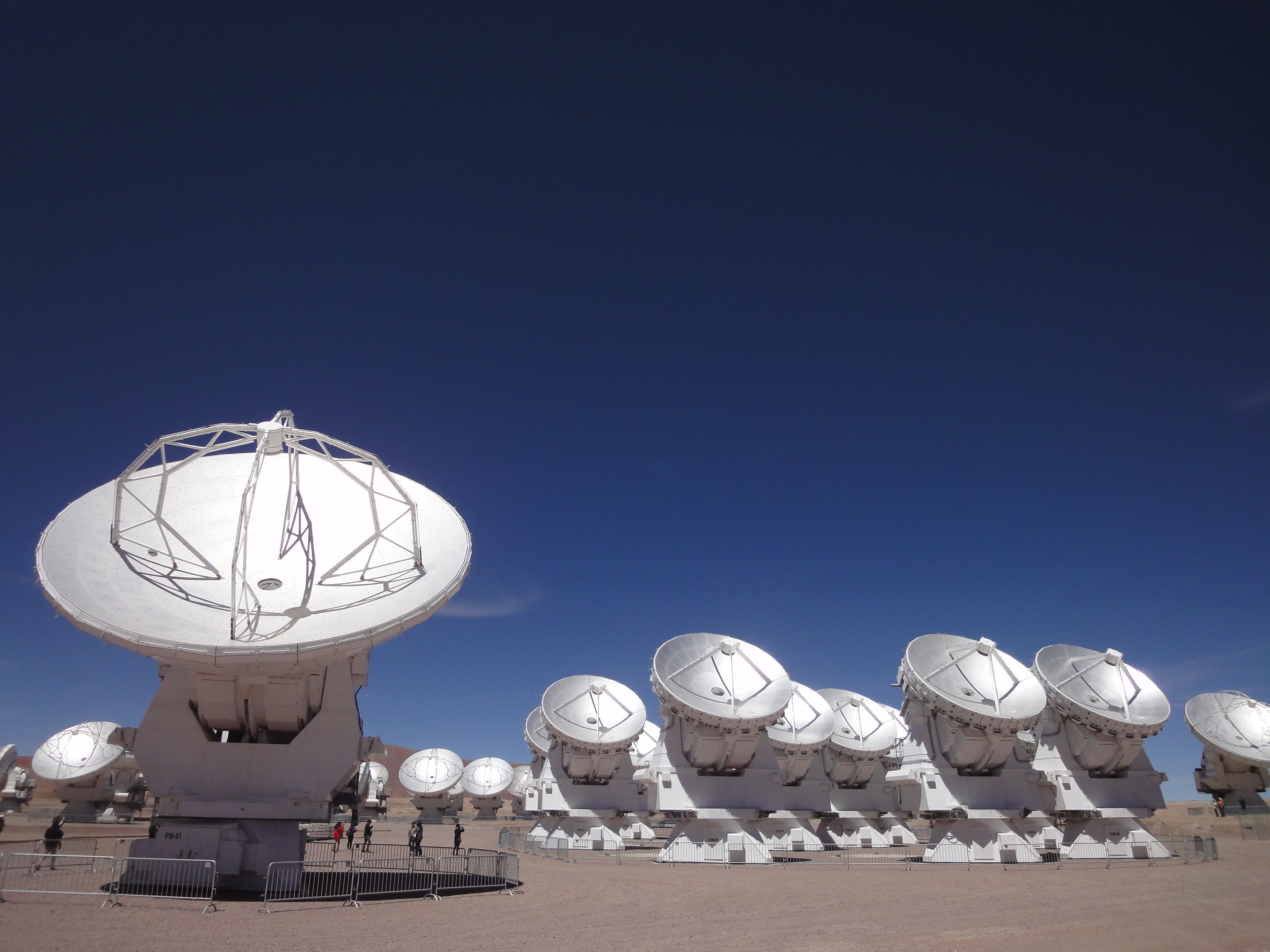 What’s also interesting is how these 39 galaxies are different from our own. If our solar system were inside one of them and you were to look up at the sky on a clear night, you would see something quite different to the familiar pattern of the Milky Way.

“For one thing, the night sky would appear far more majestic. The greater density of stars means there would be many more stars close by appearing larger and brighter,” explained Wang. “But conversely, the large amount of dust means farther-away stars would be far less visible, so the background to these bright close stars might be a vast dark void.”

As this is the first time such a population of galaxies has been discovered, the implications of their study are only now being realized. There may be many surprises yet to come.

“These gargantuan galaxies are invisible in optical wavelengths so it’s extremely hard to do spectroscopy, a way to investigate stellar populations and chemical composition of galaxies. ALMA is not good at this and we need something more,” concluded Wang. “I’m eager for upcoming observatories like the space-based James Webb Space Telescope to show us what these primordial beasts are really made of.”