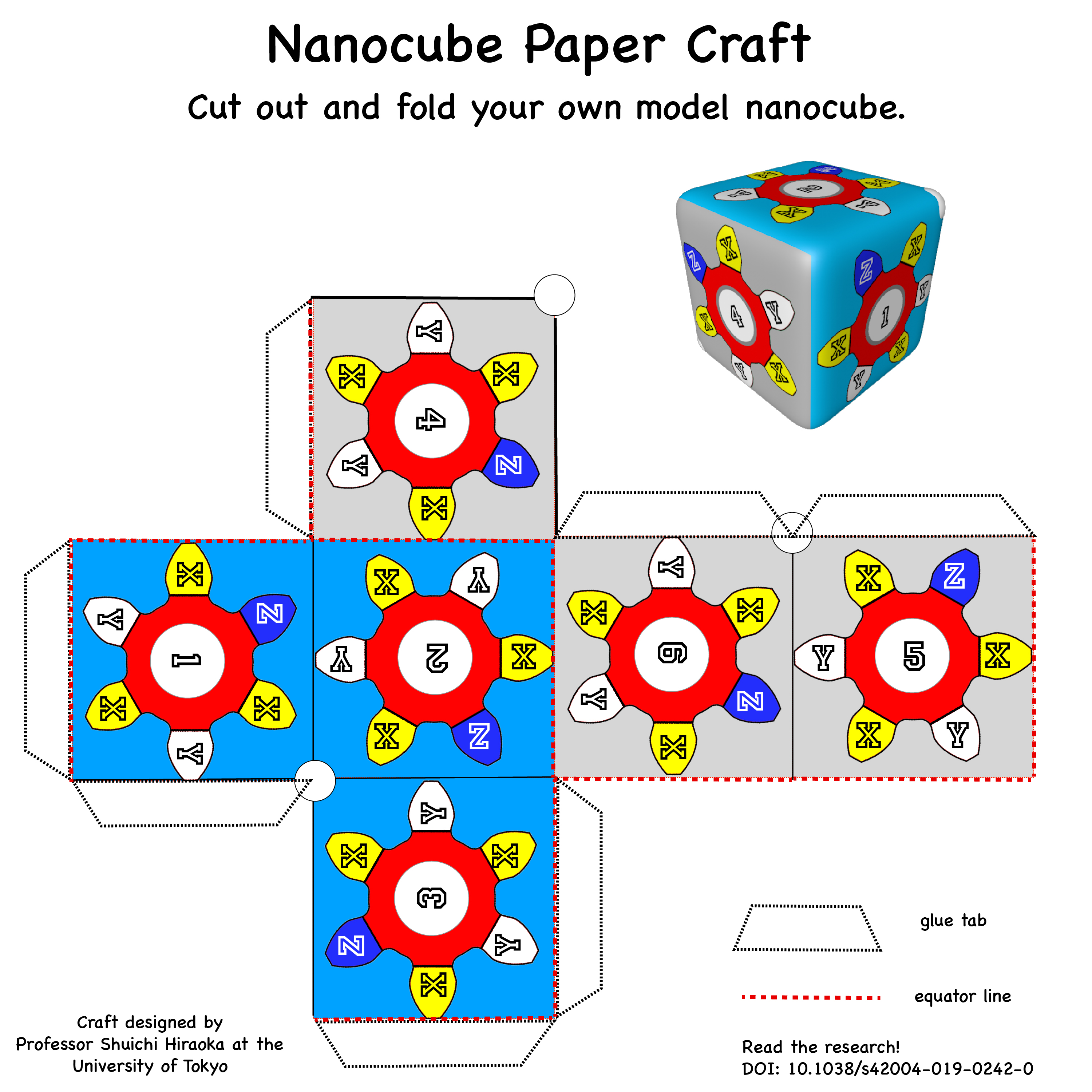 Fold your own nanocube! Although the nanocubes used in the research project build themselves, you can fold your own using this model. Each yellow X represents locations where researchers used different atoms with different levels of polarizability. Image by Shuichi Hiraoka, CC-BY-ND.

The process of building a tiny cube has revealed some of the fundamental mysteries of how molecules bind together in natural environments. Researchers hope to apply this knowledge to future projects designing complex structures that can mimic life.

When two molecules surrounded by water move towards each other, part of their initial attraction is sometimes due to the chemical force to repel water — the hydrophobic effect.

Once the molecules are near each other, but not yet formally bound, a much weaker force becomes important — the dispersion force.

"Our dream is to control the dispersion force and provide a simple design principle to use the dispersion force to build complex self-assembling structures," said Professor Shuichi Hiraoka, leader of the laboratory where the research was performed in the University of Tokyo Department of Basic Science.

Dispersion forces are one type of van der Waals forces, some of the weakest chemical interactions known in nature. Although weak, van der Waals forces are important; they help geckos walk up walls and were previously identified in 2018 by the same research group as locking together the gear- or snowflake-shaped molecules of the self-assembling nanocubes.

Measuring the dispersion force under natural conditions, such as when molecules are in solution with water, has been impossible. The force is so weak it cannot be identified separately from the other forces at play.

However, in new experiments, the research team used their self-assembling nanocubes as tools to amplify differences in the dispersion force.

The molecules that make up the sides of the cubes were modified to contain atoms selected for their polarizability, meaning their responsiveness to the surrounding electric field. Each fully assembled nanocube contained 18 of those polarizable atoms.

The combined effect of 18 atoms was enough to create measurable differences in the dispersion force depending on which polarizable atom was attached.

The dispersion force is calculated mathematically after using a technique called isothermal titration calorimetry to measure the amount of heat released when molecules bind together.

"For example, we could design molecules with larger binding surface areas and place polar atoms along the edges to enhance overall stability through the attraction of dispersion forces," said Hiraoka.

Solving a mystery in drug design

Hiraoka states that the measurements for nanocubes built with normal hydrogen compared to deuterium, the "heavy" isotope of hydrogen, should be relevant to drug design theory. Research by other groups had led to conflicting reports among chemists on whether swapping hydrogen with the twice-as-heavy and larger deuterium would create stronger dispersion force.

"In our experiments, the entropy-enthalpy difference is completely balanced. The free energy released by nanocubes with hydrogen or deuterium is essentially identical, so there may be no difference between them," said Hiraoka.

An essential difference between previous research and these experiments is that the UTokyo team used a more lifelike condition of being in solution with water and amplified the effect using the nanocube design. 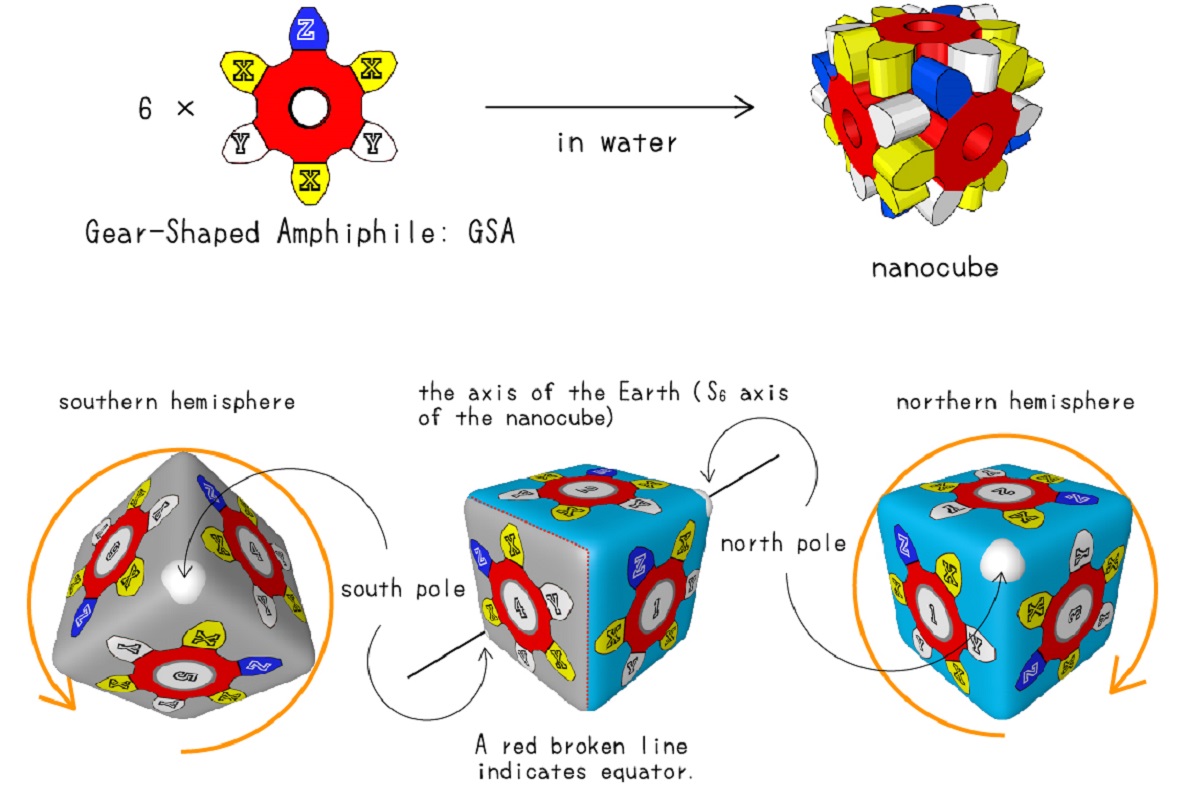 The fully assembled nanocube is represented in this illustration. Each yellow X is a location where researchers used different atoms selected for their polarizability. The combined effect of 18 variable polarity atoms in each nanocube allowed researchers to measure differences in the dispersion force. Image by Shuichi Hiraoka, CC-BY-ND.