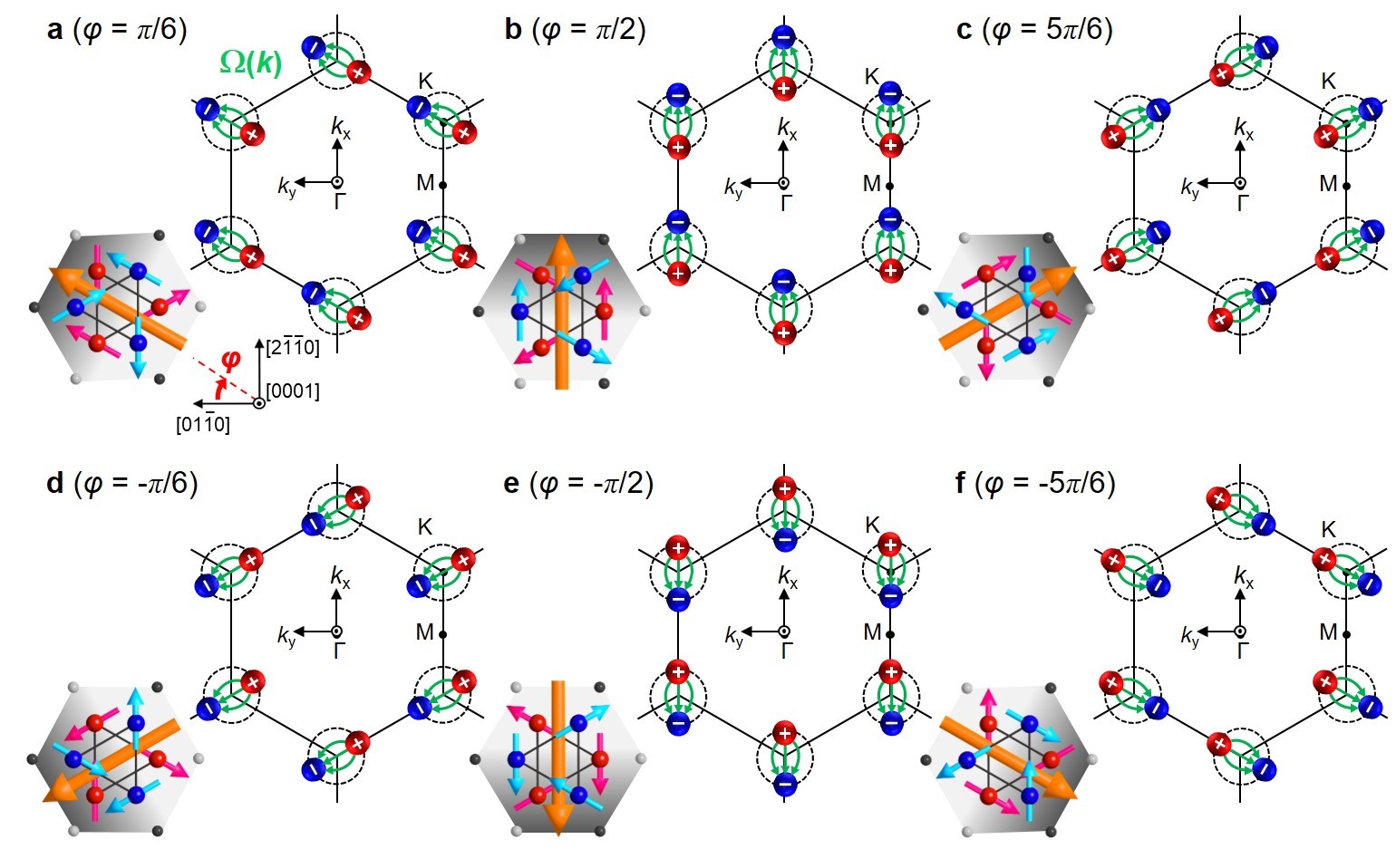 Researchers successfully demonstrated a method to switch a novel material between two different nonvolatile states at very high speeds and with great accuracy. The physical constituents of the device in question are significantly robust against external influences such as magnetic fields. These facts together mean a high-speed and high-capacity memory device could be created. Such a device would also be extremely energy efficient.

In 1929, theoretical physicist Hermann Weyl was exploring the newly derived Dirac equation, which describes many things in particle physics and led to the discovery of antimatter. He noticed the equation implied the existence of a massless particle which became known as the Weyl fermion. This was once believed to be the elementary particle the neutrino. Almost a century later in 2015 the Weyl fermion was finally discovered in reality, and in the years since, physicists are beginning to not only understand it but find potential uses for it too. A team including researchers from the laboratory led by Professor Satoru Nakatsuji at the Institute for Solid State Physics and Department of Physics at the University of Tokyo found a way to use Weyl fermions to make advanced memory devices.

“Spintronics is a word likely to excite those interested in the future of technology. Broadly, it is something that could supersede and replace many electronic functions in present-day devices,” explained Research Associate Tomoya Higo. “For a while now, ferromagnetic materials, magnets that behave in a familiar way, have been used to explore spintronic phenomena. But there is a better class of magnetic materials for this purpose called antiferromagnetic materials, which seem harder to work with but have many advantages.”

Antiferromagnets are interesting materials because they offer researchers many useful properties that ferromagnetic materials offer, but they are less subject to external magnetic fields due to a unique arrangement of their constituent parts. This is a benefit when working towards memory devices, as accuracy and robustness are important, but this special arrangement also makes it harder to manipulate the material as needed.

“It was not at all obvious whether you can control an antiferromagnetic state with a simple electrical pulse as you can a ferromagnetic one,” said Nakatsuji.

This is where the aforementioned Weyl fermions come in.

“In our sample (antiferromagnetic manganese-tin alloy Mn3Sn), Weyl fermions exist at Weyl points in momentum space (not a physical space but a mathematical way of representing momentums of particles in a system). These Weyl points have two possible states which could represent binary digits,” explained Postdoctoral Research Fellow Hanshen Tsai. “Our breakthrough finding is that we can switch a Weyl point between these states with an external electrical current applied to neighboring thin layers of Mn3Sn and either platinum or tungsten. This method is called spin-orbit torque switching.”

“Our discovery indicates the massless Weyl fermion pursued by physicists has been found in our magnet, and moreover can be electrically manipulated,” added Nakatsuji.

Thanks to a very large signal made by Weyl fermions in Mn3Sn, the detection of spin-orbit torque switching is possible. The switching rate which corresponds to how fast memory based on such technology could be written to or read from is in the region of trillions of times a second, or terahertz. Current high-end computer memory switches a few billion times a second, or gigahertz. So, when realized, it could lead to quite a jump in performance, but there is still a way to go.

“There were two big challenges in our study. One was optimizing the synthesis of Mn3Sn thin films. The other was figuring out the switching mechanism,” said Higo. “We are excited not only because we found some interesting phenomena, but because we can expect our findings may have important applications in the future. By creating new materials, we discover new phenomena which can lead to new devices. Our research is full of dreams.”