In an effort to investigate conditions found at the Earth’s molten outer core, researchers successfully determined the density of liquid iron and sound propagation speed through it at extremely high pressures. They achieved this with use of a highly specialized diamond anvil which compresses samples, and sophisticated X-ray measurements. Their findings confirm the molten outer core is less dense than liquid iron and also put values on the discrepancy.

Jules Verne’s 1864 novel Journey to the Center of the Earth takes explorers on an imaginative trip down to the Earth’s core where they find a gargantuan hollow cavern hosting a prehistoric environment, and dinosaurs. They get there thanks to a tanklike drilling machine which navigates through volcanoes. It sounds fun, but needless to say, it’s a far cry from reality, where researchers explore the inner Earth with a range of techniques and instruments from the comparative safety of the Earth’s surface.

Seismic apparatus which measure how earthquakes travel through the planet are pivotal to map some of the larger structural arrangements within the Earth, and thanks to this it has long been known that at the heart of the Earth lies a solid core surrounded by a less dense liquid outer core. For the first time, experiments and simulations have shown researchers details about this outer core which were previously unobtainable. And these experiments include some fascinating details.

“Recreating conditions found at the center of the Earth up here on the surface is not easy,” remarked Project Assistant Professor Yasuhiro Kuwayama from the Department of Earth and Planetary Science. “We used a diamond anvil to compress a sample of liquid iron subject to intense heat. But more than just creating the conditions, we needed to maintain them long enough to take our measurements. This was the real challenge.”

It is harder to measure the density of a liquid sample than a solid one as it takes the apparatus longer to do so. But with a unique experimental set up crafted over two decades, centered around the diamond anvil, Kuwayama and his team maintained their sample sufficiently to collect the data they required. They used a highly focused X-ray source from the SPring-8 synchrotron in Japan to probe the sample and measure its density. 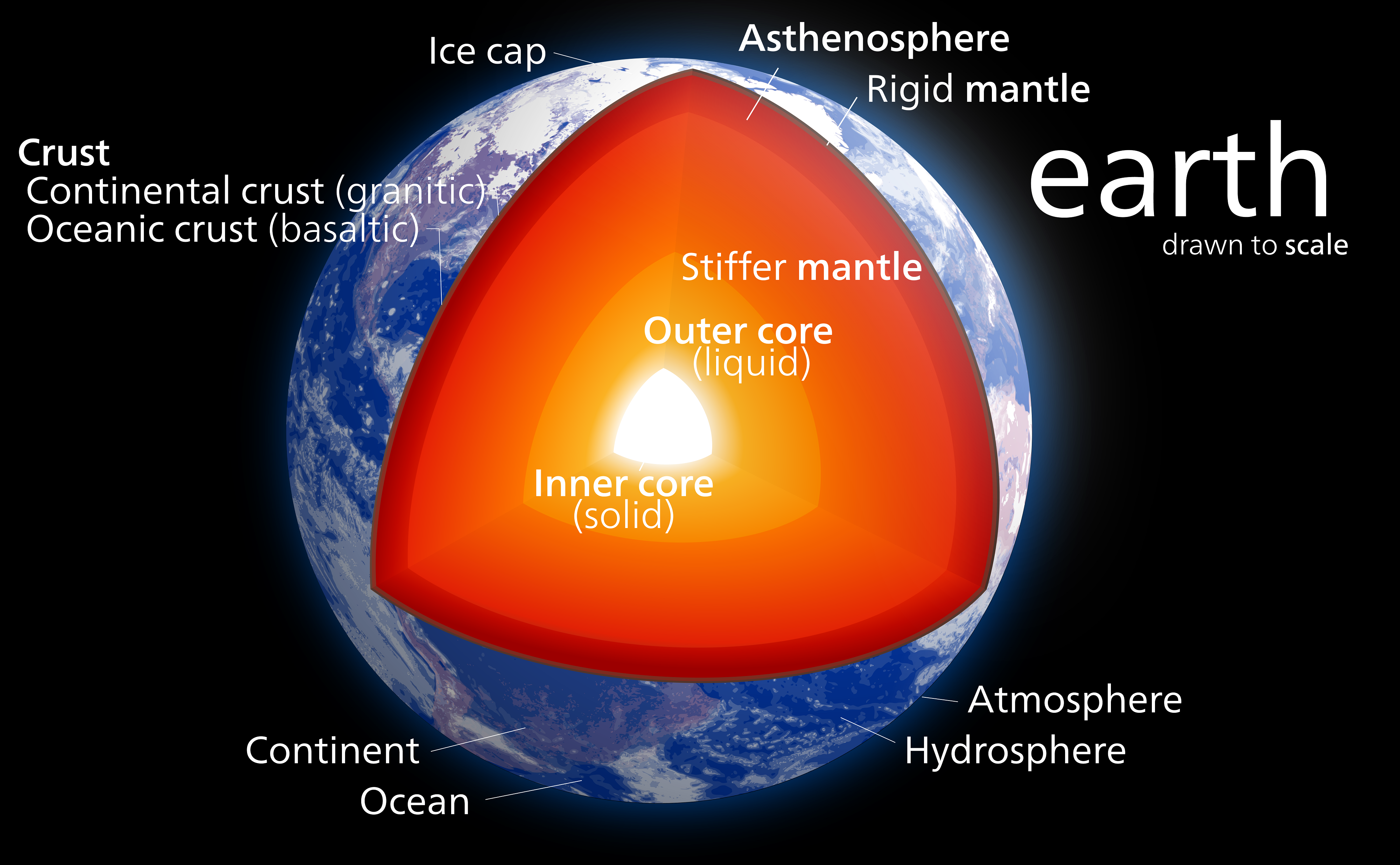 Different layers within the Earth have differing compositions and densities. © 2020 Kelvinsong - CC BY-SA 3.0

“We found the density of liquid iron such as you’d find in the outer core to be about 10 tons per cubic meter at a pressure of 116 gigapascals, and the temperature to be 4,350 Kelvin,” explained Kuwayama. “For reference, typical room temperature is about 273 Kelvin. So this sample is over 16 times hotter than your room, and 10 times denser than water.”

When compared to this new measurement, the density of the Earth’s outer core appears to be about 8 percent less dense than pure liquid iron. The suggestion here is that there are additional lighter elements in the molten outer core which are currently unidentified. This research could aid others in their quest to reveal more unobtainable secrets from deep within the Earth.

“It’s important to investigate these things to understand more, not only about the Earth’s core, but about the composition, and thus behavior, of other planets as well,” concluded Kuwayama. “It’s important to note that it was not just elaborate equipment that helped us find this new information, but also meticulous mathematical modeling and analytical methods. We were pleasantly surprised by how effective this approach was and hope it can lead to a greater understanding of the world beneath our feet.”