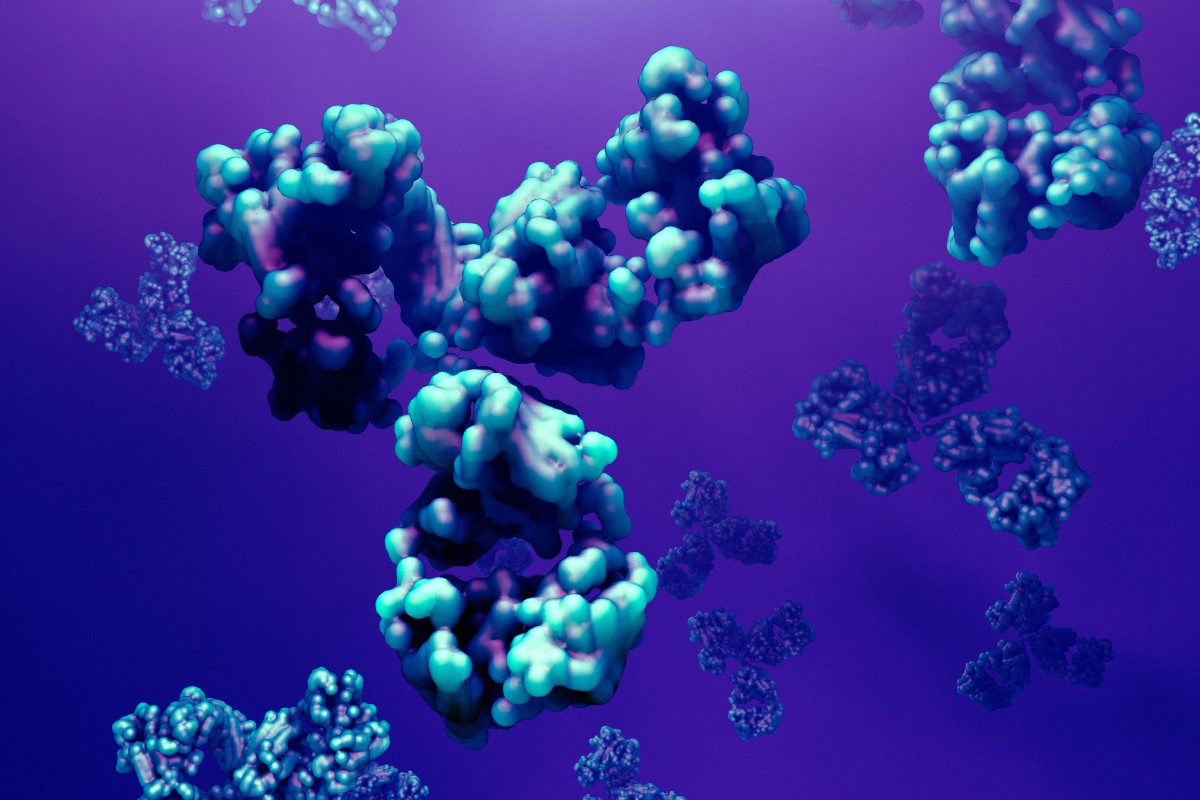 Antibodies for potential use as medicines can be made rapidly in chicken cells grown in laboratories. Researchers refer to their technique as the human ADLib system, short for autonomously diversifying libraries. The technique automatically builds vast numbers, or libraries, of diverse antibodies using chicken immune system cells’ natural method for shuffling their genes.

Often shaped like the letter Y, antibodies are produced by the immune system to fight infections and prevent re-infection. Small portions of that Y shape are highly variable. Antibodies use their unique shape to form a perfect molecular hug with specific antigens, molecules on the surface of the cause of an infection. To effectively eliminate an infection, antibodies must recognize, attach and stay attached to an antigen.

“Our ADLib system can generate human antibodies against various antigens faster than existing methods,” said Hidetaka Seo, a project researcher at the University of Tokyo and first author of the recently published scientific paper.

In standard techniques, individual antibodies are first identified and then produced through a slow, multistep process involving bacteria, animal cells, or sometimes isolating antibodies from the blood of vaccinated or infected animals, and then modifying those animal antibodies for safe human use.

The first ADLib system was developed in 2005 by some members of the current research team, who at the time were working at the RIKEN research institute outside of Tokyo. The original ADLib system produced chicken antibodies using chicken immune system cells. In the years since, other researchers have generated human antibodies in whole live chickens.

“We had the idea for the human ADLib system at that time, but the technology was very difficult to develop,” said Professor Kunihiro Ohta, a co-author of the recent research paper, who led the original ADLib research group at RIKEN and is currently dean of the Graduate School of Arts and Sciences at the University of Tokyo.

To develop the human ADLib system, researchers first inserted human genes to replace the chicken immune cells’ antibody genes and the surrounding units of DNA known as pseudogenes. The cells then grow in a dish and multiply for several weeks, generating antibody genes of various new combinations. This random antibody-generator quality of the ADLib system leads to many useless antibodies, but it may generate more efficient antibodies than the “built-for-purpose” antibodies that a human or animal immune system naturally produces during an infection.

Separately, researchers coat tiny magnetic beads with antigens of interest. Finally, the chicken cells are burst open and the contents are washed over the magnetic beads. Any antibodies that stick to the antigen-coated magnetic beads are added to the antibody library. After isolating antibodies on the magnetic beads, the entire process of identifying them and checking their specificity can be completed within about 10 days. Researchers state this is much faster than conventional antibody generation methods, which can take a few months.

Many variations of antibodies might be able to bind an antigen, but staying attached is essential for proper immune function. The human ADLib system includes a second phase to strengthen antibodies’ ability to attach and stay attached to their antigens, a process called binding affinity maturation.

Although binding affinity maturation is laborious in conventional methods, the human ADLib system provides a simple and effective method. Chicken cells with the desired antibodies are grown in the lab for another short period to further moderately diversify the antibody genes. Antibodies with stronger binding affinities to the antigen can be isolated from this second library.

Researchers have successfully achieved about a hundredfold improvement of the binding affinity.

Researchers have so far tested the human ADLib technique to find antibodies similar to those currently used to treat certain types of cancer.

“In the future, antibodies for therapeutics to overcome currently unmet medical needs could be generated by using the human ADLib system,” said Yukoh Nakazaki, a co-author of the recent research paper and head of the research labs at Chiome Bioscience Inc. Chiome is improving this technology in partnership with the University of Tokyo.

The ADLib system is not limited to generating antibodies.

“If we replace the relevant chicken genes and pseudogenes with any other gene of interest, we could generate libraries of other proteins for agricultural, veterinary, or medical uses,” said Seo.

This research by a team at the University of Tokyo and Chiome Bioscience Inc. was recently published in the scientific journal Cellular & Molecular Immunology.