Rare metals crucial to green industries turn out to have a surprising origin. Ancient global climate change and certain kinds of undersea geology drove fish populations to specific locations. As remains of the fish fossilized, they accumulated valuable elements and these fossil beds became concentrated deposits of such metals. This discovery could aid future prospects for deposits of so-called rare-earth elements in other undersea locations. 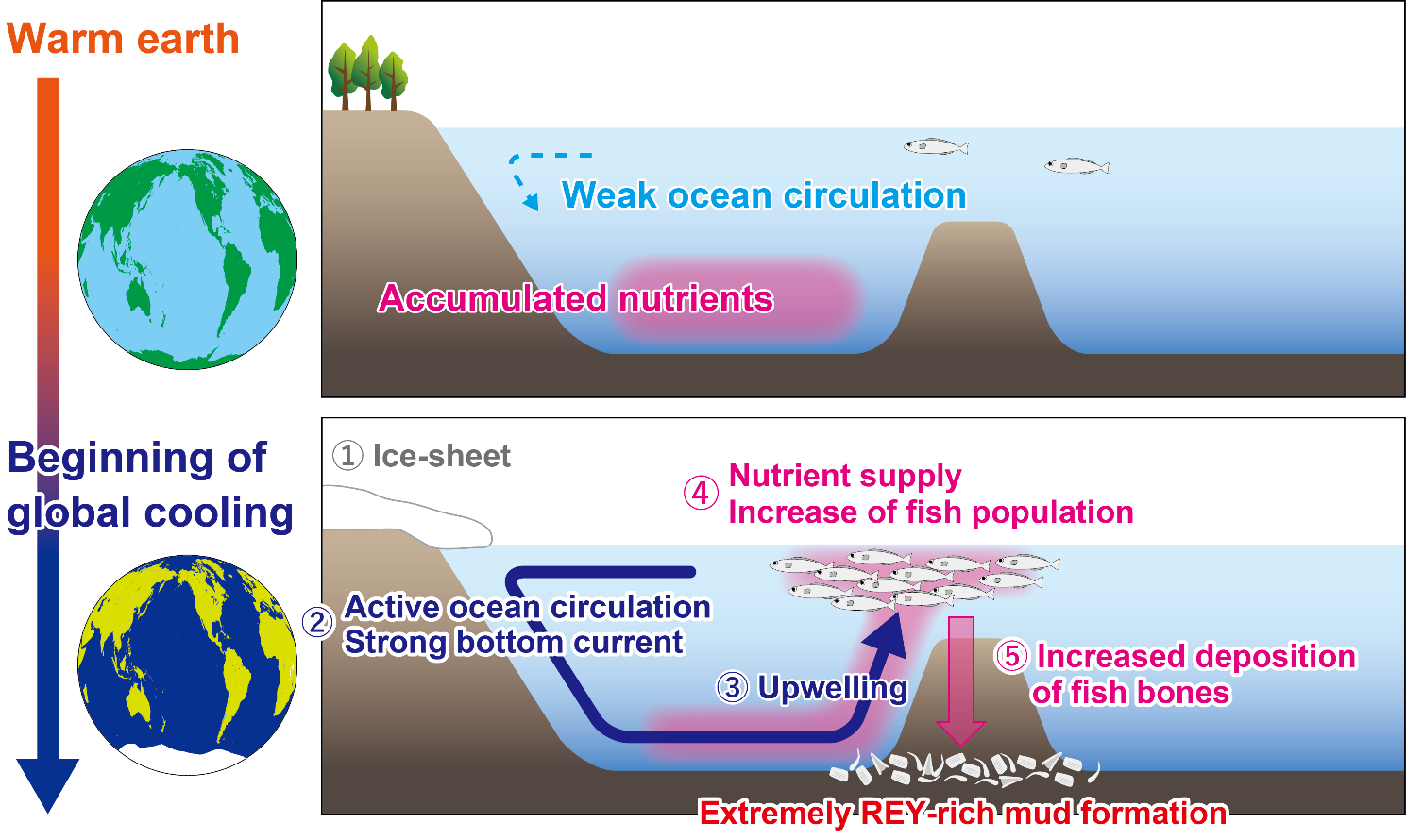 Did you know that key components for things like wind turbines, LEDs and rechargeable batteries rely heavily on a group of metals known as rare-earth elements and yttrium (REY)? At present, the world’s supply of these metals mainly comes from mines in China; however, a large deposit near the Japanese island of Minamitorishima could soon help satisfy the ever-increasing demand. But how did the REY deposit get there and why that location?

“That story begins back in time in the Eocene epoch 34.5 million years ago, about halfway between now and the time of the dinosaurs,” said Assistant Professor Junichiro Ohta. “At that time, several things happened that led to the REY deposit. Firstly, vast amounts of nutrients accumulated in the deep ocean. Secondly, the planet underwent cooling which altered sea currents, stirring up these nutrient deposits. The seamounts then caused upwellings of nutrients delivering them to the fish, which thrived as a result.” 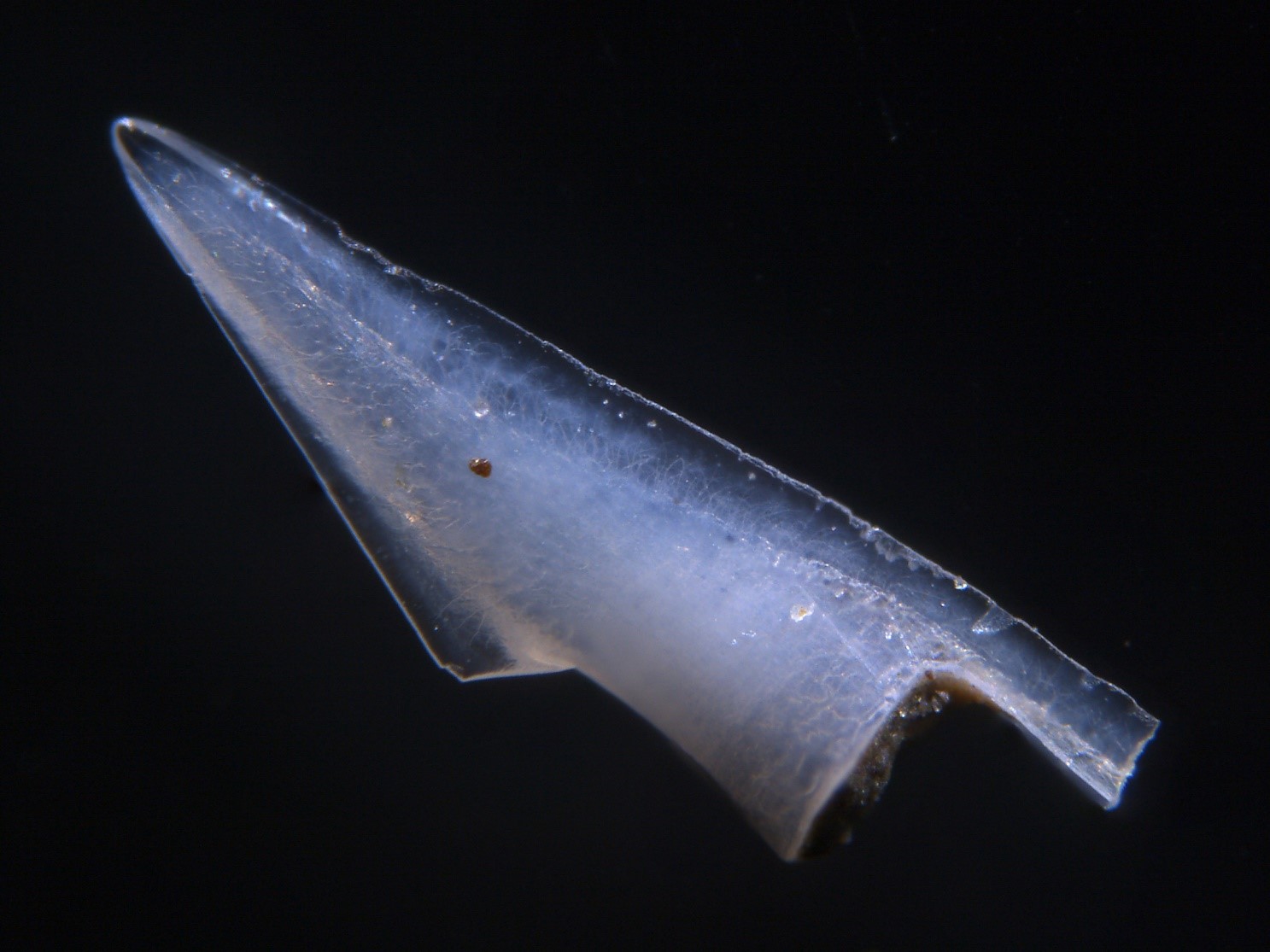 Surprisingly, it’s these fish, or rather their fossilized remains around Minamitorishima, that account for the REY deposits. As the fish died and underwent fossilization, REY metals in the environment, which would otherwise remain diffuse, accumulate inside the fossils. The research group had previously made this fish-to-REY deposit connection, but how and when the fossil deposits formed was an open question until now.

“I’m really pleased we made this discovery by looking at fragments of bones and teeth,” said Ohta. “It was a difficult but satisfying task dating the deposits by comparing fossils we uncovered against a database of fossils with known ages. Equally so was another way we dated the deposits, by measuring the ratio of osmium isotopes in seawater trapped in REY-rich mud and comparing those to established records.” 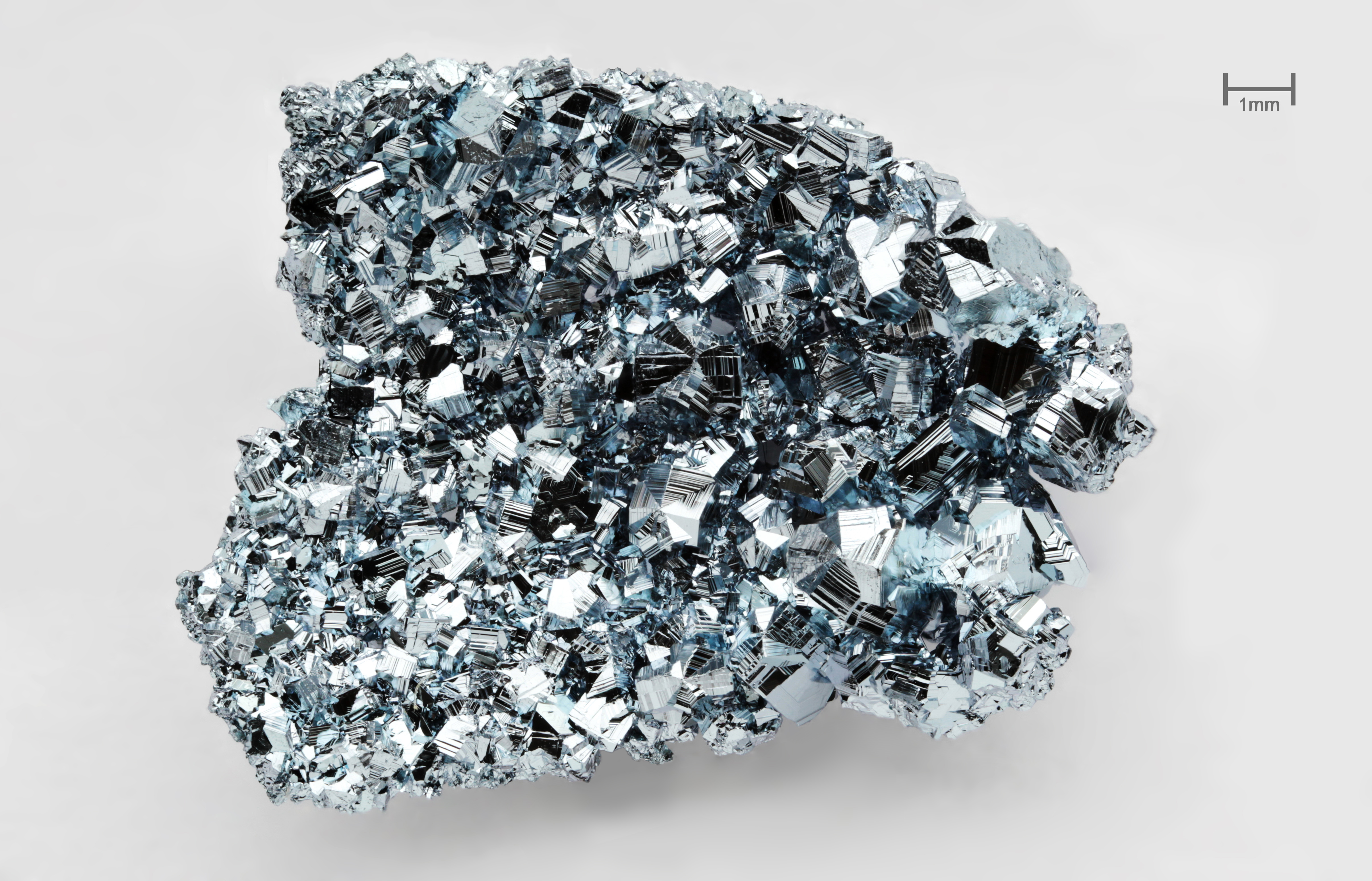 The story of fish that became a useful resource for renewable energy technology is, ironically, parallel to that of the ancient organisms that became oil, which led to the very problems renewable technologies now aim to solve. And how could this study help?

“Based on this new theory for the genesis of REY deposits in the ocean, we can improve the way we find future deposits,” said Ohta. “We can target the feet of large seamounts on the seabed, many of which are distributed from the western North Pacific Ocean to the Central Pacific Ocean, so are in theory accessible to Japan.”

The REY sources by Minamitorishima could sufficiently satisfy current global demand for hundreds of years. However, getting to them may be extremely difficult as the deposit is just over 5 kilometers below sea level, and at present no resource has ever been commercially mined from such a depth. Additional or alternative sources may be useful so improved ways to find them would be a great benefit.