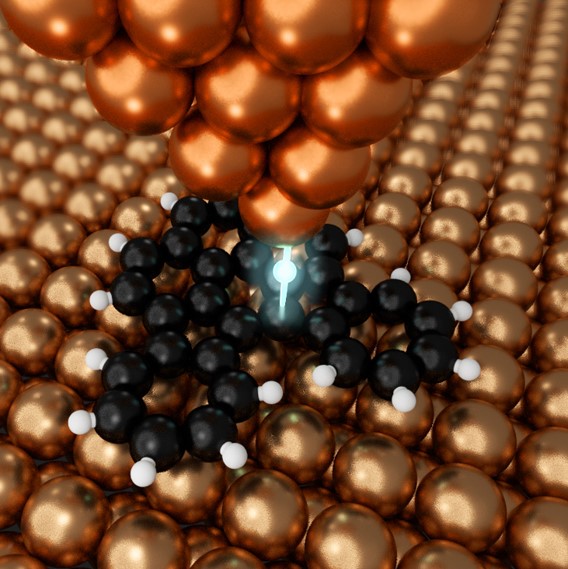 Nanographene is a material that is anticipated to radically improve solar cells, fuel cells, LEDs and more. Typically the synthesis of this material has been imprecise and difficult to control. For the first time, researchers have discovered a simple way to gain precise control over the fabrication of nanographene. In doing so, they have shed light on the previously unclear chemical processes involved in nanographene production.

You have probably heard of graphene, one-atom-thick sheets of carbon molecules, that are supposed to revolutionize technology. Units of graphene are known as nanographene; these are tailored to specific functions and as such their fabrication process is more complicated than that of generic graphene. Nanographene is made by selectively removing hydrogen atoms from organic molecules of carbon and hydrogen, a process called dehydrogenation.

“Dehydrogenation takes place on a metal surface such as that of silver, gold or copper, which acts as a catalyst, a material that enables or speeds up a reaction,” said Assistant Professor Akitoshi Shiotari from the Department of Advanced Materials Science. “However, this surface is large relative to the target organic molecules. This contributes to the difficulty in crafting specific nanographene formations. We needed a better understanding of the catalytic process and a more precise way to control it.” 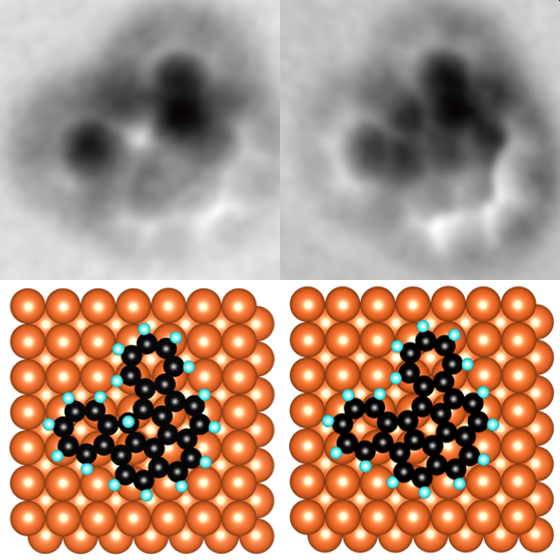 Dehydrogenation. An organic molecule with an unwanted hydrogen atom (left) and the same molecule with the atom removed (right). © 2020 Shiotari et al.

Shiotari and his team, through exploring various ways to perform nanographene synthesis, came up with a method that offers the precise control necessary and is also very efficient. They used a specialized kind of microscope called an atomic force microscope (AFM), which measures details of molecules with a nanoscopic needlelike probe. This probe can be used not only to detect certain characteristics of individual atoms, but also to manipulate them.

“We discovered that the metal probe of the AFM could break carbon-hydrogen bonds in organic molecules,” said Shiotari. “It could do so very precisely given its tip is so minute, and it could break bonds without the need for thermal energy. This means we can now fabricate nanographene components in a more controlled way than ever before.”

To verify what they were seeing, the team repeated the process with a variety of organic compounds, in particular two molecules with very different structures called benzonoids and nonbenzonoids. This demonstrates the AFM probe in question is able to pull hydrogen atoms from different kinds of materials. Such a detail is important if this method is to be scaled up into a commercial means of production.

“I envisage this technique could be the ultimate way to create functional nanomolecules from the bottom up,” said Shiotari. “We can use an AFM to apply other stimuli to target molecules, such as injecting electrons, electronic fields or repulsive forces. It is thrilling to be able to see, control and manipulate structures on such an incredibly miniscule scale.”