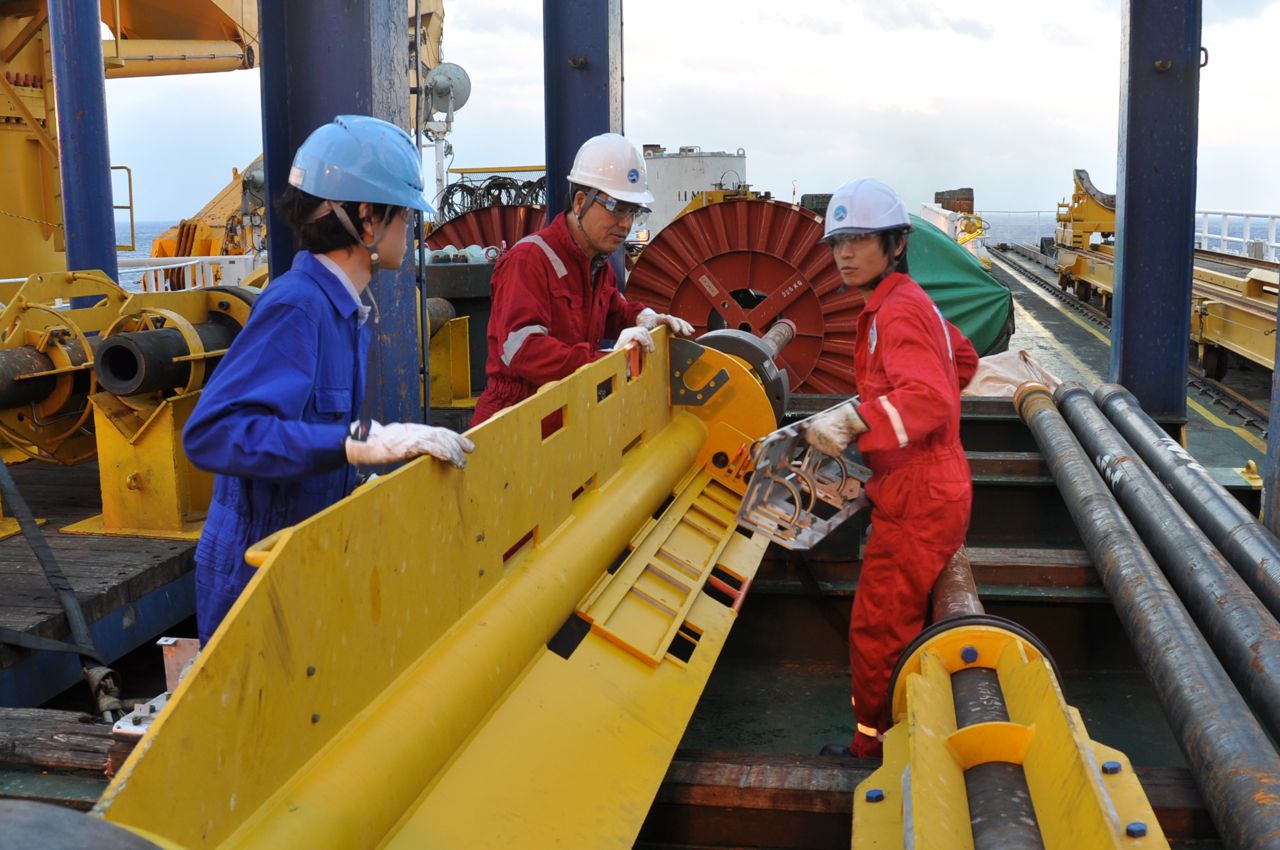 Drill preparation. The team prepare the deep-sea drill for use on the seafloor. © 2021 JAMSTEC-IODP

Slow earthquakes are long-period earthquakes that are not so dangerous alone, but are able to trigger more destructive earthquakes. Their origins lie in tectonic plate boundaries where one plate subsides below another. Though the causal mechanism is already known, there has been a lack of data to accurately model the life cycle of slow earthquakes. For the first time, researchers use deep-sea boreholes to gauge pressures far below the seafloor. They hope data from this and future observations can aid the understanding of earthquake evolution.

The surface of the Earth lies upon gargantuan tectonic plates. The edges of these interact in different ways depending on the plates’ relative movement, composition and density. Where plates collide and one sinks below another is known as a subduction zone, often the site of what are known as slow earthquakes. These are low-frequency earthquakes which release their energy over longer periods — hours to months — than the earthquakes we might feel shaking the ground beneath us, which can last seconds to minutes. 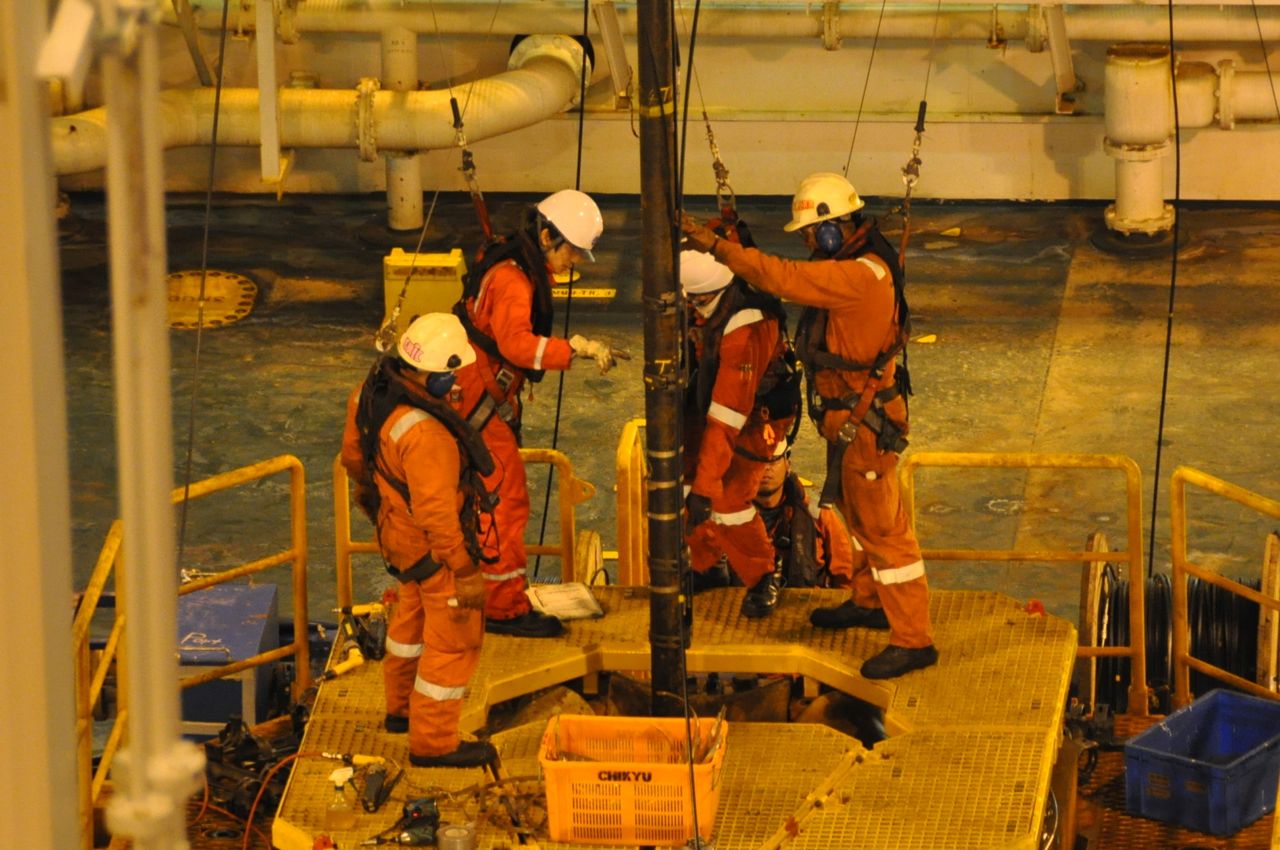 Drilling. Metal shafts extend the reach of the drill as it burrows below the seafloor. © 2021 JAMSTEC-IODP

It is important to understand slow earthquakes as, although not especially dangerous by themselves, they can cause larger short-period earthquakes, which can be extremely dangerous. Researchers believe that the variation of pressure between water-permeable regions at a subduction zone is the cause of slow earthquakes. They expected that excessive pressures beyond those the types of rock at those boundaries can withstand, might be responsible. At last, hard data on these high-pressure conditions has been collected on a recent Integrated Ocean Drilling Program (IODP) expedition, which included researchers from the University of Tokyo’s Earthquake Research Institute.

“We believe the subduction fault zone is much weaker than the surrounding rock, and that this can lead to the fault zones slipping, which could trigger earthquakes,” said Professor Masa Kinoshita of the Earthquake Research Institute. “High fluid pressure within the water-permeable rocky faults, called ocean aquifers, is one cause for this weakness. Our expedition to the Nankai Trough, a few hundred kilometers south of Osaka, included boring down to measure temperatures and pressures along the fault line.” 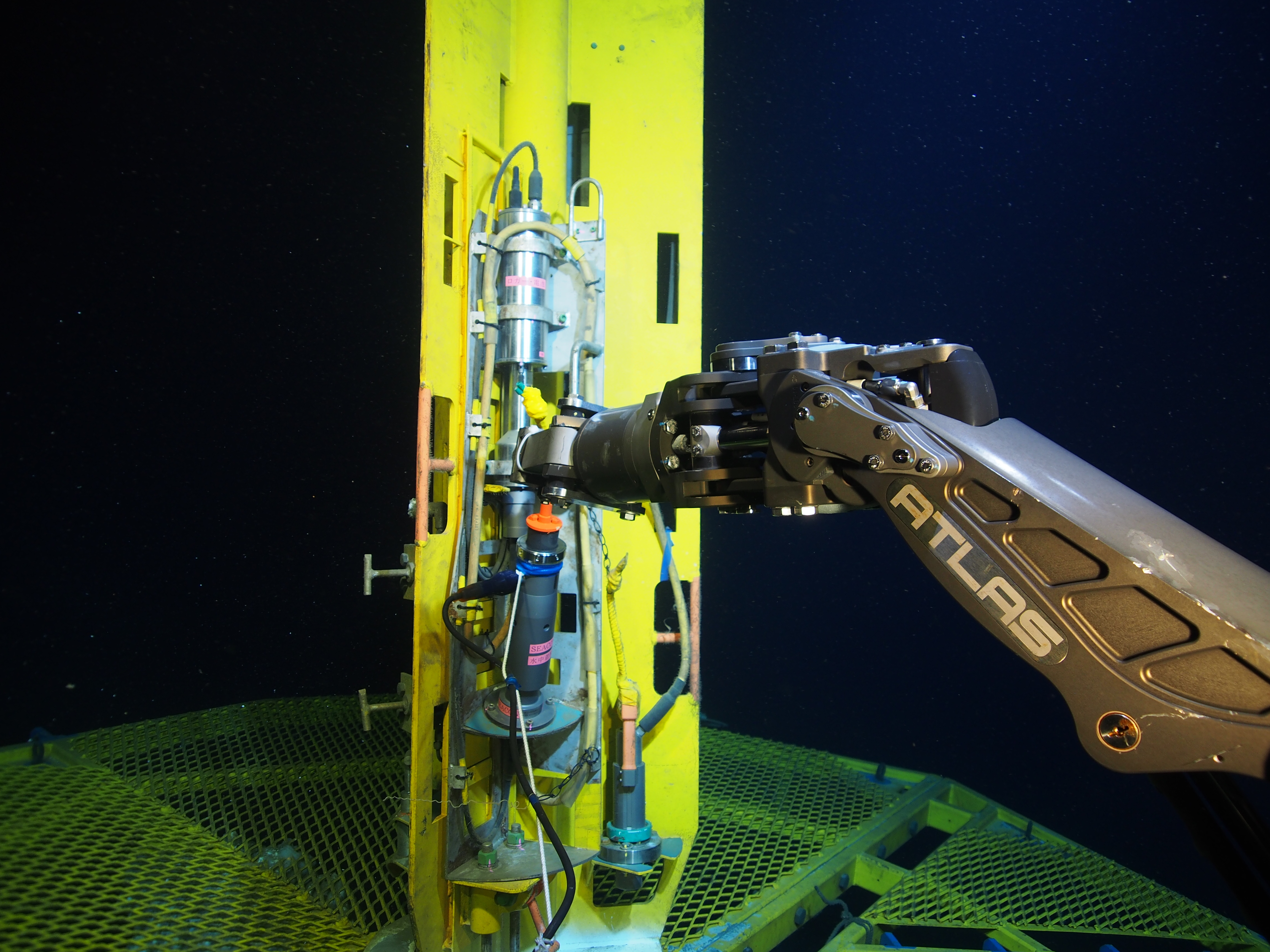 Typical, or “hydrostatic,” pressures below the seafloor in this region are around 60 megapascals — that’s approximately the pressure you’d feel if you lay down flat and someone dropped 200 Empire State Buildings on you. The researchers’ borehole samples revealed pressures around 5 megapascals to 10 megapascals greater than this in the vicinity of the fault zone itself. The chosen area was ideal for making these kinds of observations. The team had prior knowledge that there were high-temperature gradients which would likely correlate with the variations in pressure they hoped to discover. The team also included microbiologists who aimed to uncover unseen microbial life in these previously unexplored regions.

“Although we acquired some very useful data, and the first of its kind, the pressure readings had to be inferred, and in future we wish to have in situ observation stations in place which can relay pressure and temperature data without the need for a ship,” said Kinoshita. “We now propose another expedition, this time just west of Japan where there are frequent slow earthquakes. I have studied subsea heat flow since my graduate days. It’s exciting to see in reality what was only theoretical until very recently.”