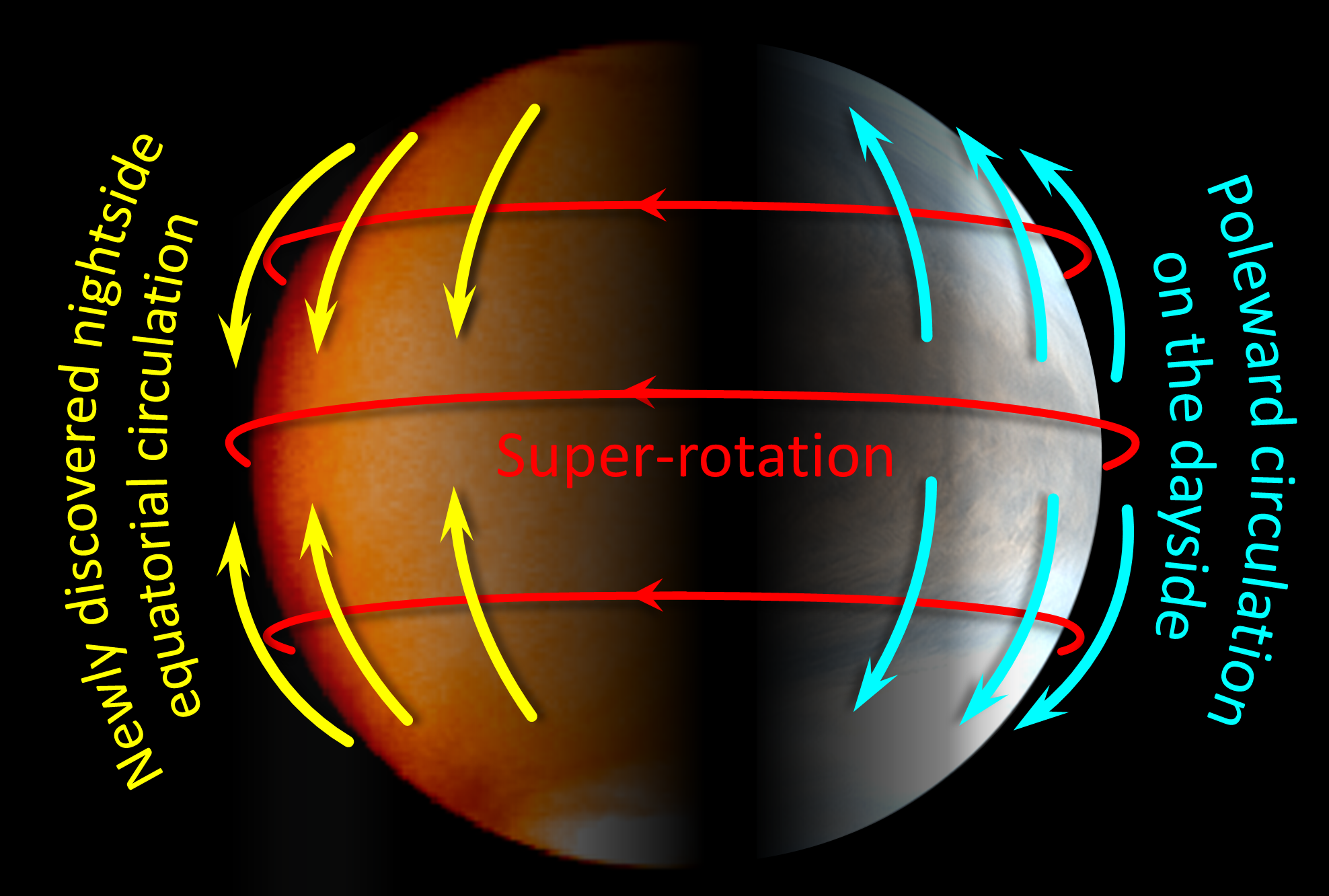 Little is known about the weather at night on Venus as the absence of sunlight makes imaging difficult. Now, researchers have devised a way to use infrared sensors on board the Venus orbiter Akatsuki to reveal the first details of the nighttime weather of our nearest neighbor. Their analytical methods could be used to study other planets including Mars and gas giants as well. Furthermore, the study of Venusian weather granted by their methods could allow researchers to learn more about the mechanisms underpinning Earth’s weather systems.

Earth and Venus share a lot in common. They are similar in size and mass, they’re both within the same orbital region known as the habitable zone (thought to support liquid water, and possibly life), they both have a solid surface, and both have a narrow atmosphere that experiences weather. Therefore, the study of the weather on Venus can actually aid researchers in their quest to better understand the weather on Earth too. To do this, researchers need to observe cloud motion on Venus day and night at certain wavelengths of infrared light. However, until now only the weather on the daylight-facing side was easily accessible. Previously some limited infrared observations were possible of the nighttime weather, but these were too limited to paint a clear picture of the overall weather on Venus.

Enter the Venus Climate Orbiter Akatsuki. Launched in 2010, it is the first Japanese probe to orbit another planet. Its mission is to observe Venus and its weather system using a variety of onboard instruments. Akatsuki carried an infrared imager which does not rely on illumination from the sun to see. However, even this cannot directly resolve details on the nightside of Venus, but it did give researchers the data they needed to see things indirectly.

“Small-scale cloud patterns in the direct images are faint and frequently indistinguishable from background noise,” said Professor Takeshi Imamura from the Graduate School of Frontier Sciences at the University of Tokyo. “To see details, we needed to supress the noise. In astronomy and planetary science, it is common to combine images to do this, as real features within a stack of similar images quickly hide the noise. However, Venus is a special case as the entire weather system rotates very quickly, so we had to compensate for this movement, known as super-rotation, in order to highlight interesting formations for study. Graduate student Kiichi Fukuya, developed a technique to overcome this difficulty.”

Clouds on Venus. Data from the Venus orbiter Akatsuki showing the thermal signatures of clouds on the nightside of the planet for the first time. © 2021 Imamura et al.

Super-rotation is one significant meteorological phenomenon that, thankfully, we do not get down here on Earth. It is the ferocious east-west circulation of the entire weather system around the equator of the planet, and it dwarfs any extreme winds we might experience at home. Imamura and his team explore mechanisms that sustain this super-rotation and believe that characteristics of Venusian weather at night might help explain it.

“We are finally able to observe the north-south winds, known as meridional circulation, at night. What’s surprising is these run in the opposite direction to their daytime counterparts,” said Imamura. “Such a dramatic change cannot occur without significant consequences. This observation could help us build more accurate models of the Venusian weather system which will hopefully resolve some long-standing, unanswered questions about Venusian weather and probably Earth weather too.”

U.S. space agency NASA recently announced two new missions to explore Venus with probes named DaVinci+ and Veritas, and the European Space Agency also announced a new Venus mission named EnVision. Combined with the observational capacity of Akatsuki, Imamura and his team hope they will soon be able to explore the Venusian climate not just in its present form but also over its geological history.