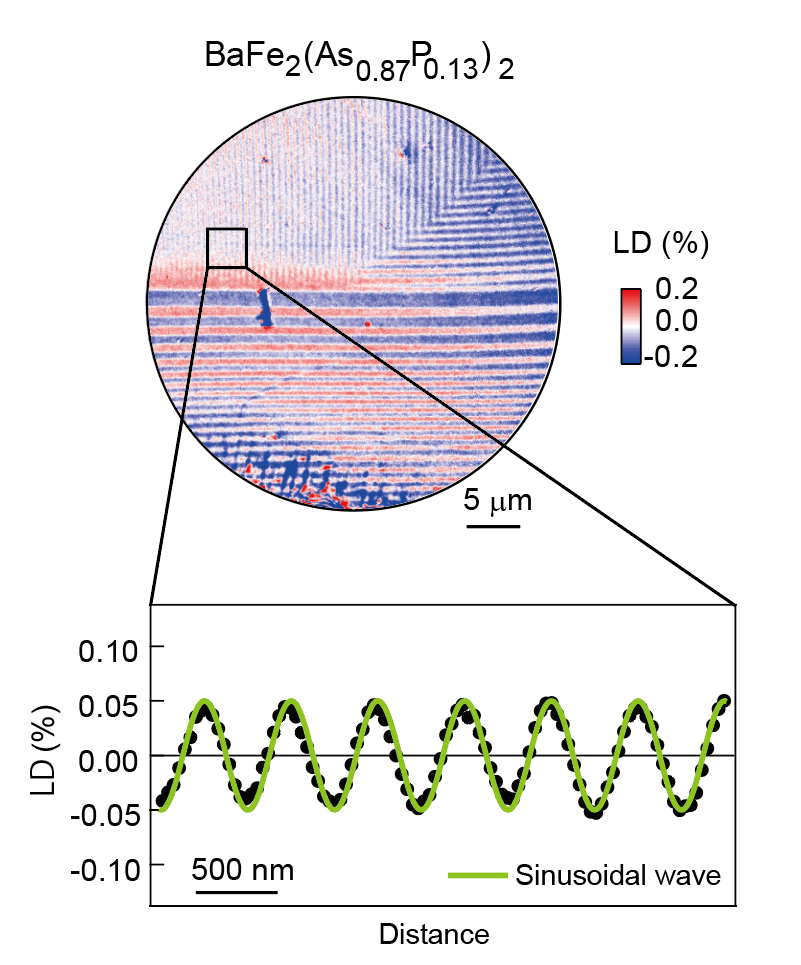 Nematicity wave. An image captured by laser-PEEM showing the arrangement of electrons in a sample of IBSC material. In this technique, images are made from laser light illuminating the sample in two different directions. Linear dichroism (LD) refers to the difference between the images made from these two illumination directions; it allows you to see details you could not see otherwise, such as in this case the distribution of electrons. © 2021 Shin et al.

A long-standing dream of solid state physicists is to fully understand the phenomenon of superconductivity — essentially electronic conduction without the resistance that creates heat and drains power. It would usher in a whole new world of incredibly efficient or powerful devices and is already being used on Japan’s experimental magnetic levitation bullet train. But there is much to explore in this complex topic, and it often surprises researchers with unexpected results and observations.

Professor Shik Shin from the Institute for Solid State Physics at the University of Tokyo and his team study the way electrons behave in iron-based superconducting materials, or IBSCs. These materials show a lot of promise as they could work at higher temperatures than some other superconducting materials which is an important concern. They also use less exotic material components so can be easier and cheaper to work with. To activate a sample’s superconducting ability, the material needs to be cooled down to several hundreds of degrees below zero. And interesting things happen during this cooling process.

“As IBSCs cool down to a certain level, they express a state we call electronic nematicity,” said Shin. “This is where the crystal lattice of the material and the electrons within it appear to be arranged differently depending on the angle you look at them, otherwise known as anisotropy. We expect the way electrons are arranged to be tightly coupled to the way the surrounding crystal lattice is arranged. But our recent observation shows something very different and actually quite surprising.” 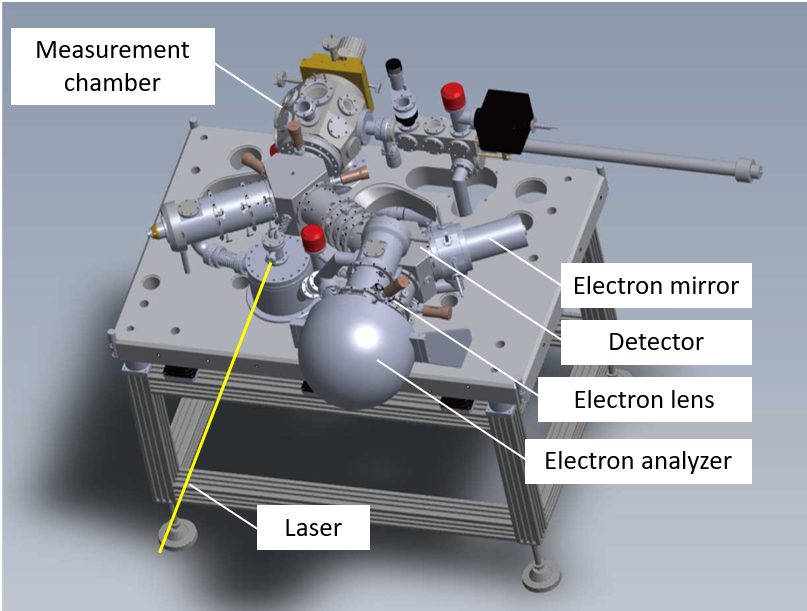 Laser-PEEM. A diagram of the experimental setup pioneered by the team. © 2021 Shin et al.

Shin and his team used a special technique developed by their group called laser-PEEM (photoemission electron microscopy) to visualize their IBSC sample on the microscopic scale. They expected to see a familiar pattern that repeats every few nanometers (billionths of a meter). And sure enough the crystal lattice did show this pattern. But to their surprise, the team found that the pattern of electrons was repeating every few hundred nanometers instead.

This disparity between the electron nematicity wave and the crystalline structure of the IBSC was unexpected, so its implications are still under investigation. But the result could open the door to theoretical and experimental explorations into something fundamental to the phenomenon of superconductivity, and that is the way that electrons form pairs at low temperatures. Knowledge of this process could be crucial to the development of high-temperature superconductivity. So if nematicity waves are related, it is important to know how.

“Next, I hope we can work with theoretical physicists to further our understanding of nematicity waves,” said Shin. “We also wish to use laser-PEEM to study other related materials such as metal oxides like copper oxide. It may not always be obvious where the applications lie, but working on problems of fundamental physics really fascinates me.”