Colorblind fish show experts how vision evolved Blue and green color vision were lost by human ancestors, but now we understand how the genes are regulated Research news 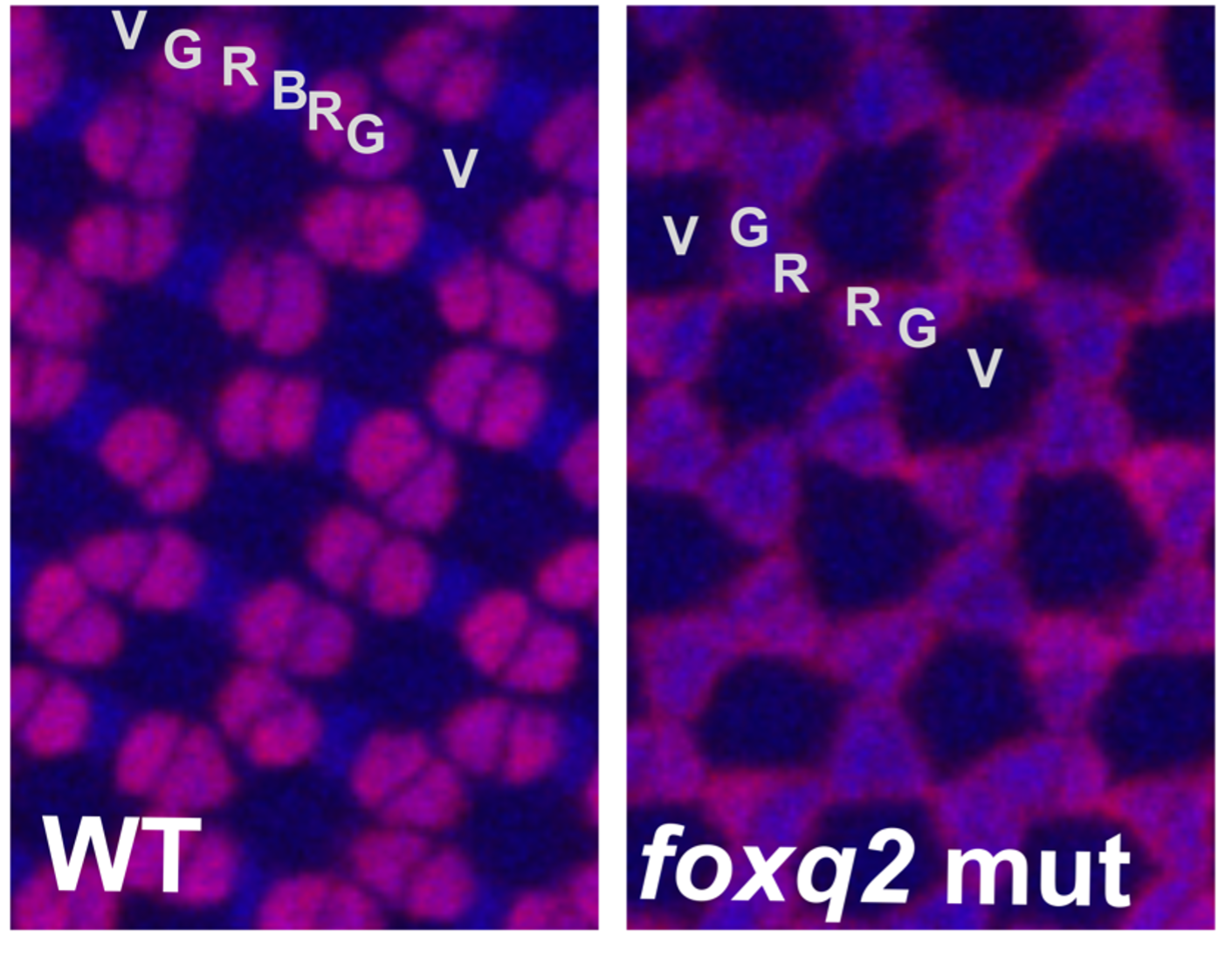 Zebrafish eyes have cone cells specialized to differentiate near-ultraviolet (V), blue (B), green (G) and red (R) wavelengths of light. Researchers visualized the regular, repeated patterns of cone cells lined up beside each other in zebrafish eyes by adding different fluorescent tags to the specialized subtypes of cone cells. © Tomoya Shiraki and Daisuke Kojima, CC BY-SA 4.0

After decades of studying color vision in mice, new research in zebrafish has allowed experts at the University of Tokyo to uncover how some animals regulate their ability to see blue light. The results, published in Science Advances, allow researchers to better understand the evolutionary history and current control mechanisms of color vision.

“In 1989 when I began studying the evolution of vision, the textbooks said that light sensitivity and color differentiation all came from the same protein. Since then, our group identified color-sensitive proteins, mapped their evolution between species, and now understand their regulation,” said Emeritus Professor Yoshitaka Fukada from the University of Tokyo Graduate School of Science.

As new color-sensitive cone cells grow in the eye, controlled patterns of gene activity mean that each cell differentiates and produces one type of protein specialized to detect a specific range of light wavelengths. The ancestor of all animals with a backbone could differentiate four different color wavelengths of light: near-ultraviolet, blue, green and red.

Over millennia, some ancestor species lost the genes responsible for one or two of those color-detecting proteins. Sometimes, a descendant species eventually recreated a color-specific protein by duplicating, then mutating a remaining gene.

Genome sequencing allows researchers to study the evolution of color vision genes while gene editing tools can reveal how those genes are regulated. Studying mice has allowed experts to understand how violet- and red-wavelength sensitivity are regulated, but mice evolved without the ability to differentiate the blue and green wavelengths. Lack of convenient gene editing tools meant regulation of blue and green color sensitivity remained unknown. 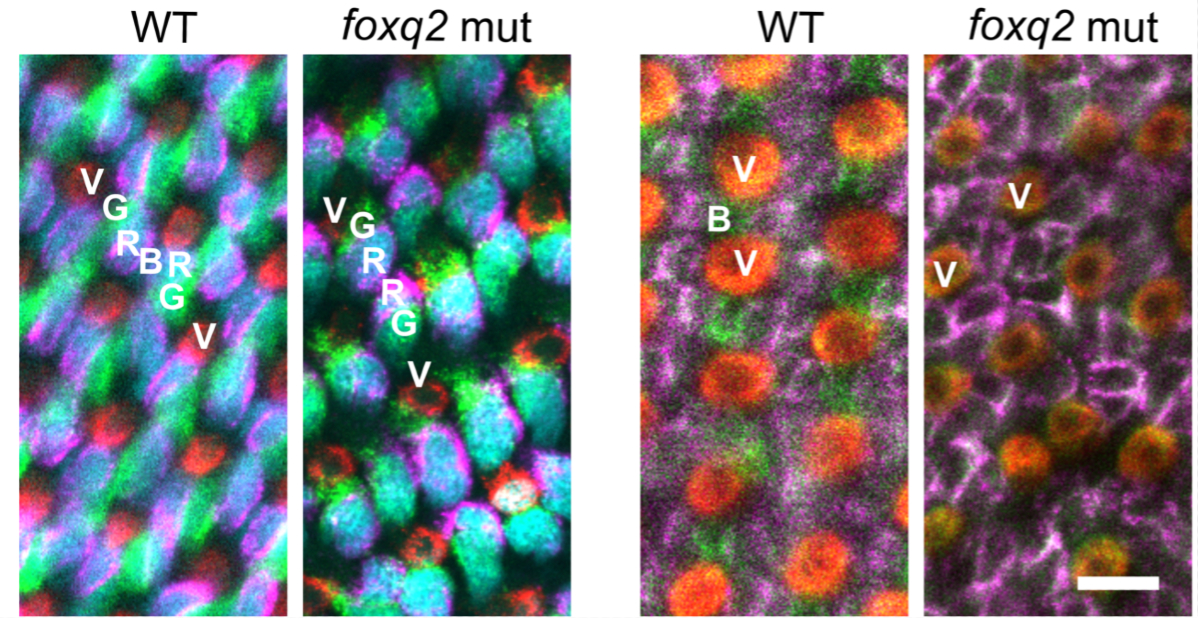 Researchers first identified three genes — six6b, six7, and foxq2 — common only in species with all four color vision proteins. Then, they genetically modified zebrafish to reduce the activity of those genes.

Previously, the UTokyo researchers observed that reducing expression of six6b and six7 — either in combination or individually — eliminated both blue and green vision in zebrafish. Zebrafish without blue and green vision had difficulty finding food, indicating the importance of full-color vision for their survival.

It was their most recently published results that allowed researchers to understand how blue and green sensitivities are distinguished by different foxq2 activity. In cone cells that will detect blue light, six6b and six7 activate foxq2. Then foxq2 activates gene expression of the blue-sensitive protein and blocks expression of green-sensitive proteins. Retinas of zebrafish lacking normal foxq2 gene expression do not have cone cells sensitive to blue light, instead packing together a shorter pattern of violet-, green-, then two red-, green- and violet-detecting cone cells.

“In the long term, foundational biological studies like this on how color vision is possible may eventually be helpful in future attempts to cure colorblindness,” explained last author of the research publication, University of Tokyo Lecturer Daisuke Kojima.