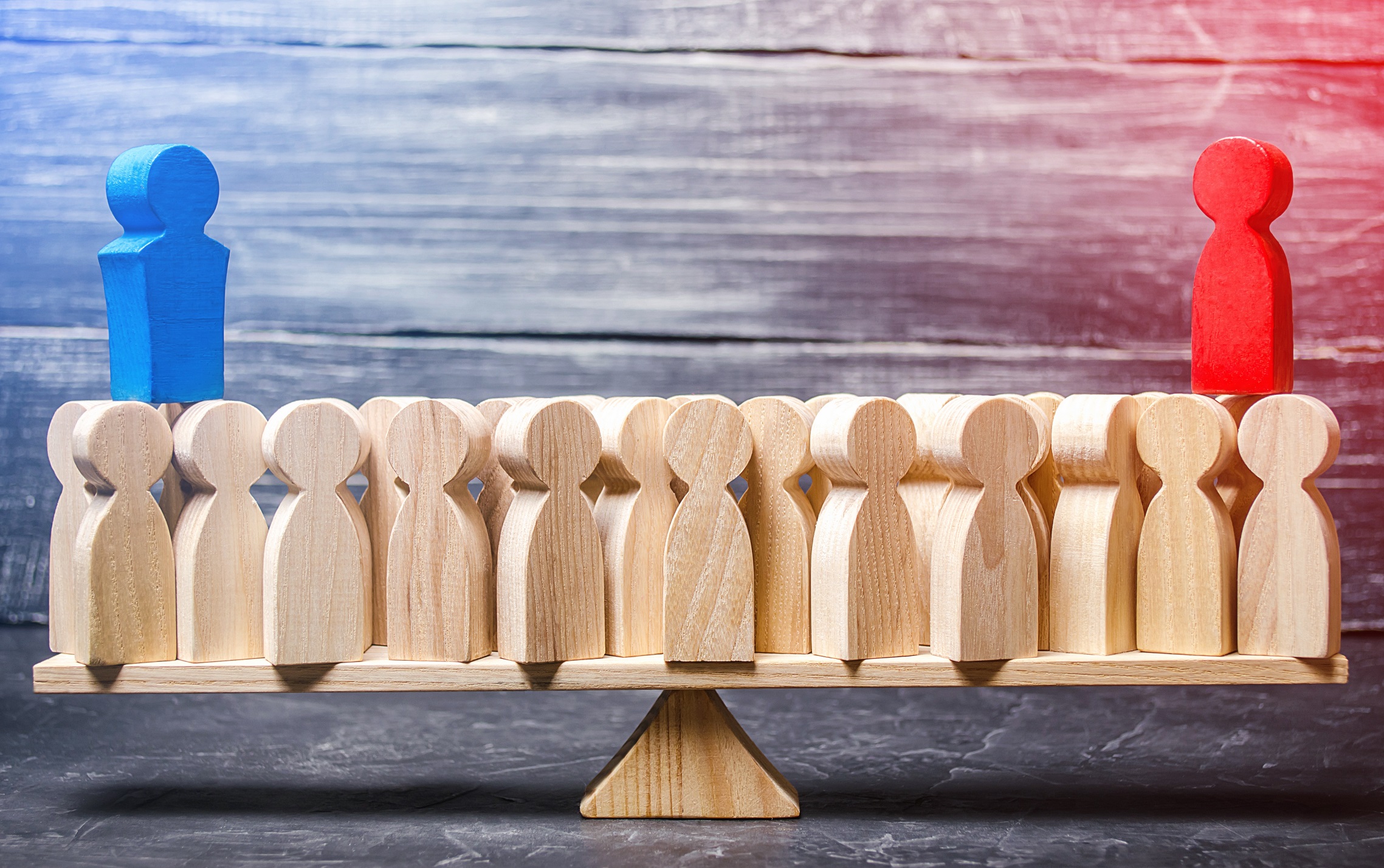 Political divide. Most studies about partisan issues on social media focus on the United States or European countries. But researchers think social media in Japan can be significantly different. For example, a previous study found that, unlike in the West, Twitter users in Japan are far more group orientated and less fragmented. ©2021 Envato/twenty20photos

Researchers in Japan analyzed a vast collection of tweets around a politically divisive topic to study how effectively messages from highly partisan people reach political moderates in their country. They found that tweets from political conservatives were more likely to connect with moderates than tweets from liberals. The main reason appears to be due to structural differences in the groups’ networks, with conservatives tending to follow more moderates who in turn follow the conservatives on Twitter.

Social media has become a part of everyday life for many people, with voices all over the world from many different backgrounds able to express opinions publicly. A lot of political discourse takes place on social media, but research suggests the majority of users are political moderates rather than highly partisan individuals. Professor Fujio Toriumi from the Department of Systems Innovation at the University of Tokyo and his team wanted to dig deeper than previous studies on partisan issues, such as so-called echo chambers, to find out the extent to which messages from highly partisan people reach moderates.

“On Twitter in Japan, it is more common for general users with strong interest in politics to send out partisan messages than for politicians to send out partisan messages to persuade voters,” said Toriumi. “Therefore, we thought that the political characteristics of users would appear in tweets with strong partisanship. We divided Japanese political tweets into liberal and conservative based on partisan patterns and analyzed the differences between them.”

The study looked at 130 million tweets concerning the former prime minister of Japan Shinzo Abe, which were posted during the last several months of his administration and a few weeks following its dissolution. They categorized the users behind the tweets as either liberals or conservatives depending on whether they tweeted for or against Abe, who is generally described to be a conservative. Next the team collected all the tweets that responded to or retweeted original tweets into what they call a retweet network.

“You can think of the retweet network as containing two clusters, liberal and conservative, with the majority of the network being moderates outside these clusters,” said Toriumi. “Our analysis of the network shows that the conservative cluster is structurally better connected to moderate users than the liberal cluster.”

Additionally, the team looked at characteristics of the tweets from a linguistic perspective. By using an established form of linguistic analysis, they found that there was a greater correspondence between the language used by conservatives and that of moderate users than there was between liberals and moderates.

“In current Japanese politics, liberals lack representation. This study suggests their struggle is reflected in their reach on social media,” said Toriumi. “Therefore, in order for liberals to compete with conservatives on Twitter, it will be important for them to consciously network with moderates and send out messages using language that resonates with them.”

The team hopes to apply the methods used for this research to other subject areas too, including whether the excitement during the Tokyo Olympics increased support for the government. They also wish to study the characteristics of those who oppose the COVID-19 vaccination on Twitter.