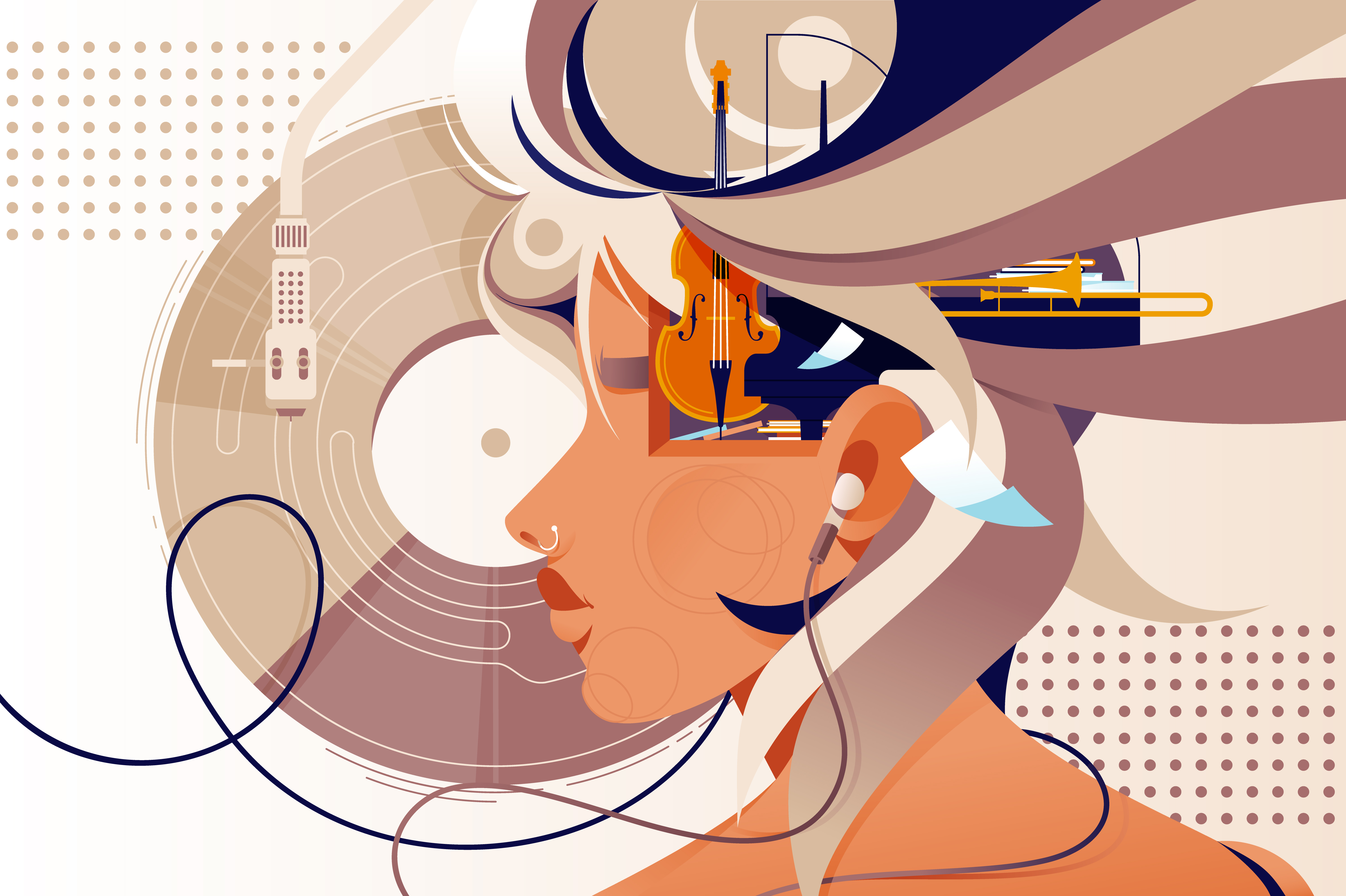 Music on the brain. The four musical properties controlled to introduce errors into the piece of music were pitch (how high a note is), tempo (how fast notes are played), stress (how strong a note is) and articulation (how notes are structured). The researchers found that a good sense of tempo was significant for the Suzuki group. Image: evanat/envato with permission.

Researchers in Japan used magnetic resonance imaging to study the brains of secondary school students during a task focused on musical observation. They found that students trained to play music from a young age exhibited certain kinds of brain activity more strongly than other students. The researchers also observed a specific link between musical processing and areas of the brain associated with language processing for the first time.

Professor Kuniyoshi L. Sakai from the Graduate School of Arts and Sciences at the University of Tokyo is a keen musician, as are many of his colleagues. Although Sakai has studied human language through the lens of neuroscience for the last 25 years, it’s no surprise that he also studies the effect music has on the brain. Inspired by a mode of musical training known as the Suzuki method, which is based on ideas of natural language acquisition, Sakai and his team wanted to explore common neurological aspects of music and language.

“In the field of neuroscience, it is well established that there are areas of the brain that deal specifically with language, and even specialized regions that correspond to different parts of language processing such as grammar or syntax,” said Sakai. “We wondered if training under the Suzuki method might lead to activity in such areas, not when using language, but when engaging with music. Our study reveals this is indeed the case.”

During the exercises, groups S and E showed more overall brain activity than Group L, especially during the pitch and articulation conditions. Furthermore, groups S and E showed activity in very specific regions depending on the kind of error being tested for. Interestingly, Group S showed some unique patterns of activation mostly in areas of the right brain, associated with emotion and melody, during the tempo condition, supporting the ideas behind the Suzuki method.

“One striking observation was that regardless of musical experience, the highly specific grammar center in the left brain was activated during the articulation condition. This connection between music and language might explain why everyone can enjoy music even if they are not musical themselves,” said Sakai. “Other researchers, perhaps those studying neurological traits of artistic experts, may be able to build on what we’ve found here. As for ourselves, we wish to delve deeper into the connection between music and language by designing novel experiments to tease out more elusive details.”