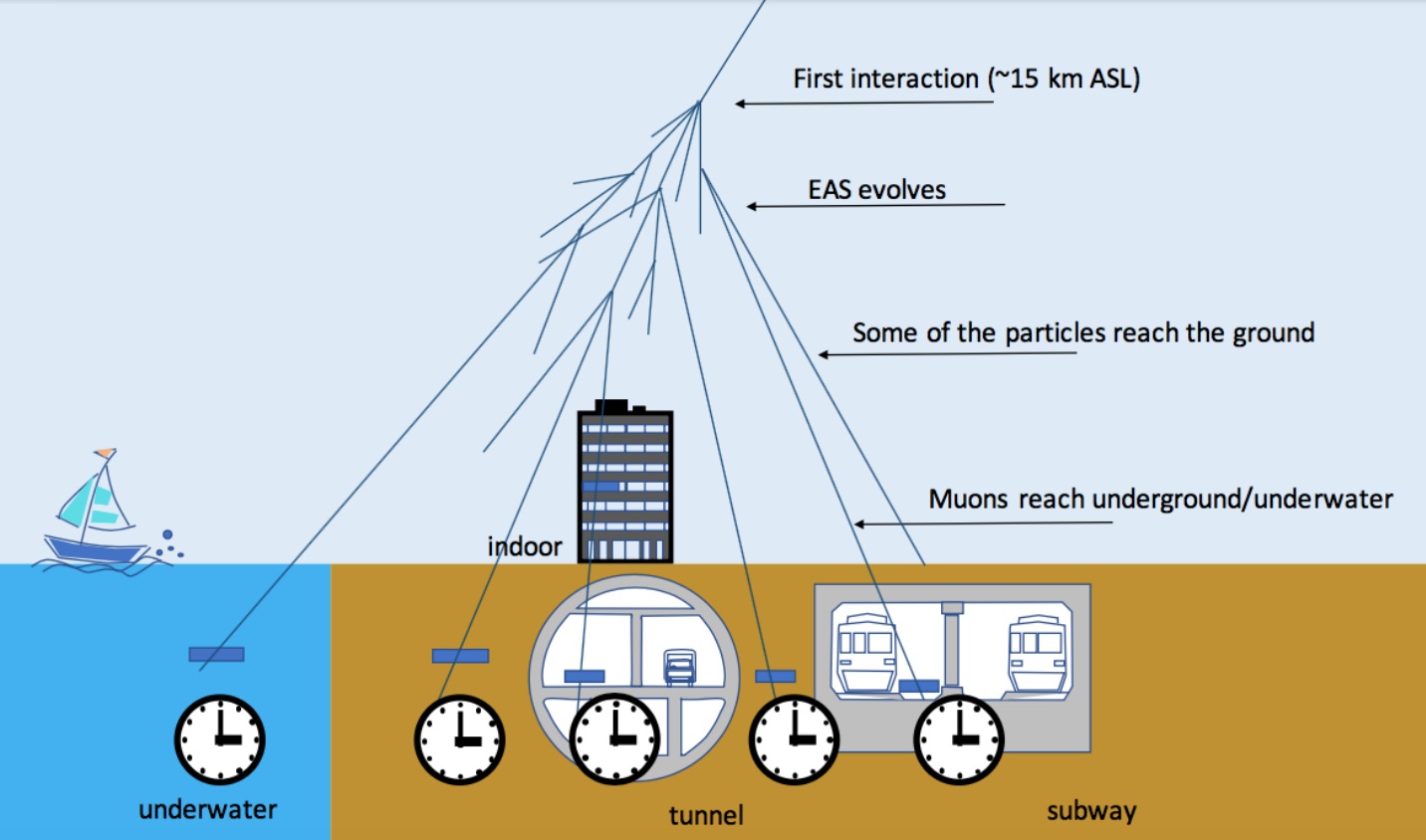 Muon shower. A bonus of this approach to synchronizing time is that if it is further developed into a spatial positioning system, it avoids a potential security issue that GPS cannot. GPS signals are artificial and can be hacked, but cosmic rays cannot be created artificially so cannot be faked. ©2022 Hiroyuki K. M. Tanaka

Various technologies, networks and institutions benefit from or require accurate time keeping to synchronize their activities. Current ways of synchronizing time have some drawbacks that a new proposed method seeks to address. The cosmic time synchronizer works by synchronizing devices around cosmic ray events detected by those devices. This could bring accurate timing abilities to remote sensing stations, or even underwater, places that other methods cannot serve. Early tests show promise, but the real challenge may lie in the adoption of this new technique.

Humanity is intimately connected with the idea of time. Historically, we used the cosmos itself — stars, the sun, and the moon — to measure time and coordinate our activities. It’s fitting, then, that researchers are looking out to the cosmos again to further develop our ability to keep time. Professor Hiroyuki Tanaka from Muographix at the University of Tokyo devised and tested a way to synchronize multiple devices, so they agree upon the time, that makes use of cosmic rays from deep space. Appropriately, it’s called cosmic time synchronization (CTS).

“It’s relatively easy to keep time accurately these days. For example, atomic clocks have been doing this for decades now,” said Tanaka. “However, these are large and expensive devices that are very easy to disrupt. This is one reason I have been working on an improved way to keep time. The other is that, related to time measurement, position measurement could also be made better. So really, CTS is a precursor to a potential replacement for GPS, but that’s still a little further down the line.”

The reason it’s critical for devices to have a shared sense of time is that certain devices are increasingly important in many aspects of life. Computer networks responsible for financial transactions must agree upon time so that the order of transactions can be ensured. There are sensors that work in unison to observe various physical phenomena which need to agree upon time so that, for example, the origin of a particular reading can be determined. Such sensors could even potentially be part of some kind of disaster warning system. 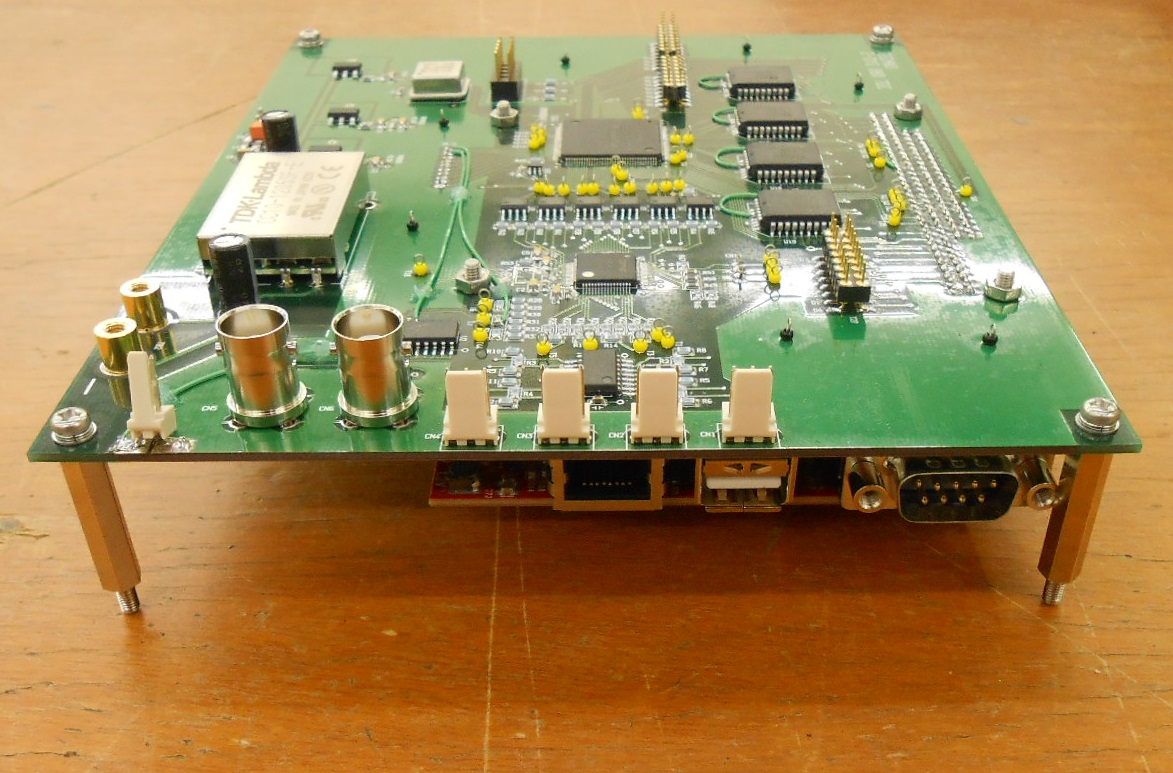 CTS works thanks to cosmic rays from deep space that strike the atmosphere around 15 kilometers up, creating showers of particles including muons. The muons travel close to the speed of light, reaching the ground almost immediately, they can easily penetrate water or rock, and spread out as they travel to cover a few square kilometers of ground. Independent CTS-enabled devices under the same particle shower can detect the incoming muons, which will have a specific signature unique to the cosmic ray event that generated them. By sharing this information, CTS devices can confer with one another and synchronize their clocks according to when the cosmic ray event took place. The ultrahigh-energy cosmic ray strikes occur frequently enough, about a hundred times per hour over every square kilometer of Earth, for CTS devices to work together in real time.

“The principle is robust, and the technology, detectors and timing electronics already exist. So we could implement this idea relatively quickly,” said Tanaka. “Satellite-based time synchronization has so many blind spots at the poles, in mountainous regions or underwater, for example, and CTS could fill these gaps and more. The problem, as with any new technology, is one of adoption. Thomas Edison lit up Manhattan starting with a single light bulb. Perhaps we should take that approach, starting with a city block, then a district, and eventually we’ll synchronize the whole of Tokyo and beyond.”