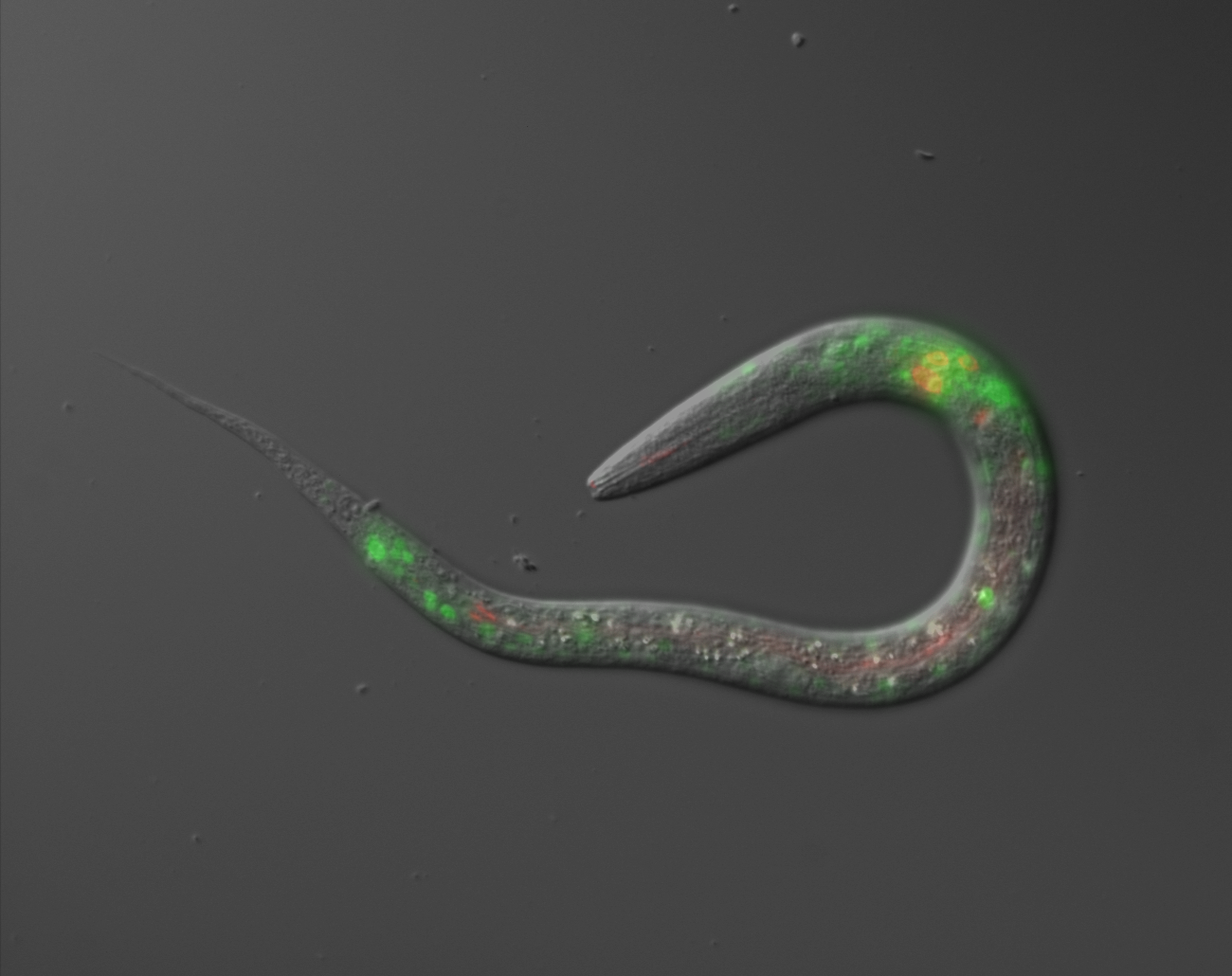 Researchers at the University of Tokyo have uncovered the molecular mechanism responsible for turning migratory actions on and off in nematode worms. The team found that the protein syntaxin plays a vital role in storing memory in the nervous system, and that altering it can affect the migratory behavior of nematodes. This line of research could one day help us better understand the migratory behavior of larger species such as mammals.

How do fish know where to go back to spawn? Or bees remember which fields have plentiful pollen? Although parts of this migratory process are understood, there are still some mysteries as to the exact process which makes animals decide to go left at the next river bend or right at the big rock, in particular when trying to understand this process at the molecular level.

A tiny worm, called a nematode, has helped researchers uncover a clue to this process. “The worms remember the concentration of salt they experienced when they were well fed. Thereafter, they keep searching for this particular salt concentration, probably expecting comfortable conditons with ample food,” explained Professor Yuichi Iino from the Graduate School of Science at the University of Tokyo.

At the molecular level, decisions are made when proteins in the body are switched on or off by a process called phosphorylation. The team already knew that a protein called protein kinase C (PKC) plays a key role in directing which way the worms choose to go, relative to the concentration of salt. However, what they didn’t know was which other proteins were switched on or off, or phosphorylated, by PKC.

“The key finding made by Shingo Hiroki, lead author and doctoral student at the time, was that the phosphorylation of syntaxin (a protein at the junction between neurons) can store a memory in the nervous system” said Iino. “Syntaxin plays a central role in synaptic transmission, the communication between neurons which is essential for our nervous system to function, in a wide range of species.”

The team further studied how altering the syntaxin can lead to reversed behavior in the worms. Instead of moving towards the salt, the manipulated worms would move away.

There have been many studies on synaptic transmission, but in most cases a strengthening and weakening of the transmission have been described. However, in this study the synaptic transmission switched from positive to negative. “This means that the worm can choose whether to approach a higher concentration of salt or avoid it depending on the context,” explained Iino. “This would be impossible by a mere strengthening or weakening of the salt response, which would just change the speed of the approach.” According to the researchers, the changing of the basal release can nicely achieve this switch in a simple mechanism.

The next step is to further explore the role of syntaxin in storing memory, and the link between basal release and synaptic transmission. “Both lines of research might broaden our fundamental understanding of migratory memory from molecules.”