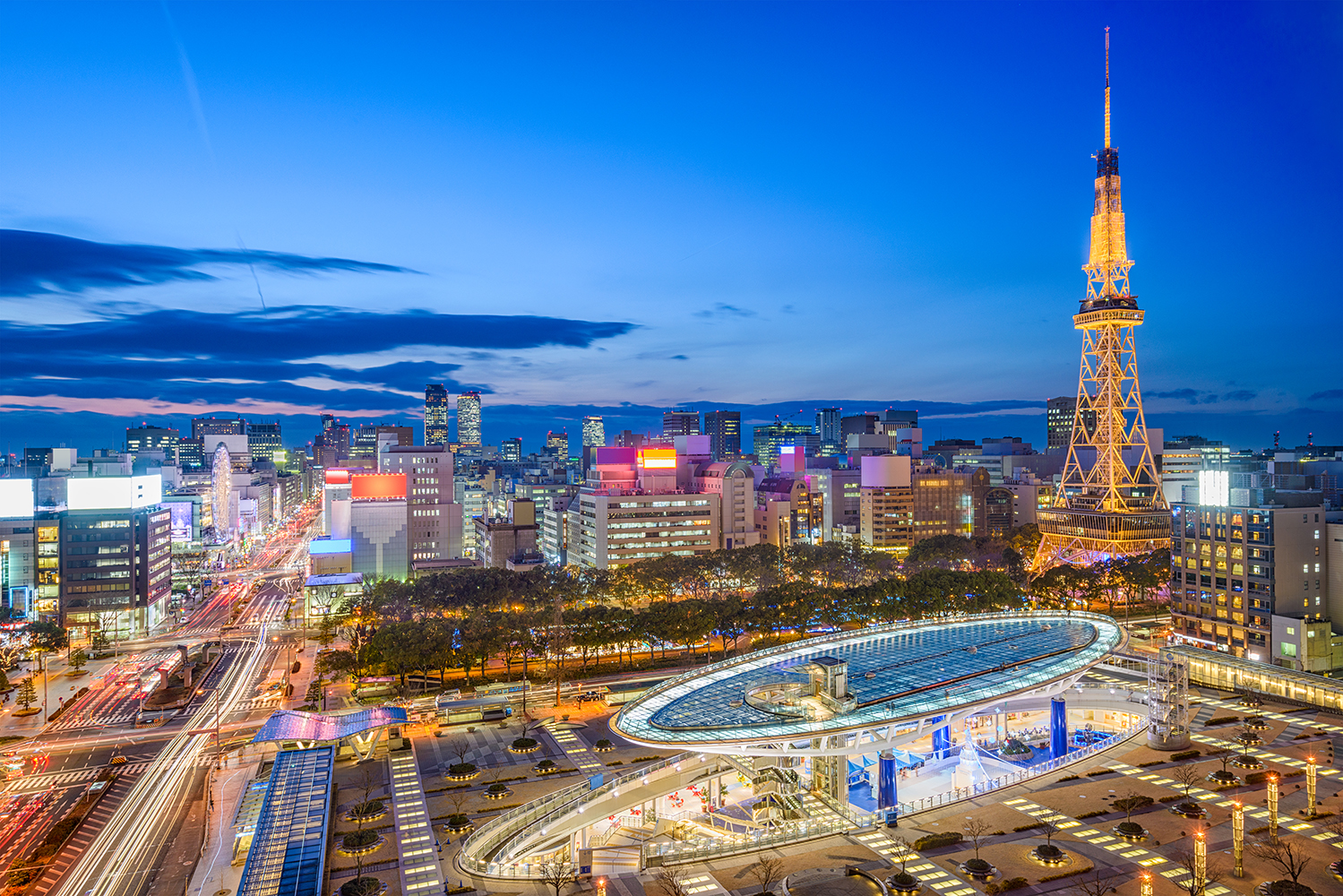 Nagoya at dusk. Recently, the daily maximum temperature in the city of Nagoya in central Japan was higher than 35 degrees Celsius for approximately 30 days in a year.

A survey of residents from the city of Nagoya in central Japan has provided evidence of the negative impact of warmer nighttime summer temperatures on population health. In total, more than 1,200 residents filled out a sleep quality questionnaire over the summers of 2011 and 2012. The results showed that sleep disturbance at night increased when the daytime temperature rose above 24.8 degrees Celsius. Using the disability-adjusted life year (DALY) measurement, the number of population health years lost was comparable to the result from heatstroke. This highlights the importance of managing not only increasing daytime temperatures, but also providing solutions to achieve healthy nighttime temperatures so people can get better sleep.

Hot summer nights might be nice when you’re on holiday, but in Japan things have been getting a bit too warm for comfort. Talk to a neighbor and the most common greeting will be, “It’s hot, isn’t it!” It’s uncomfortable to say the least, but what other impacts are these hotter and longer summers having on Japan’s sweltering residents? 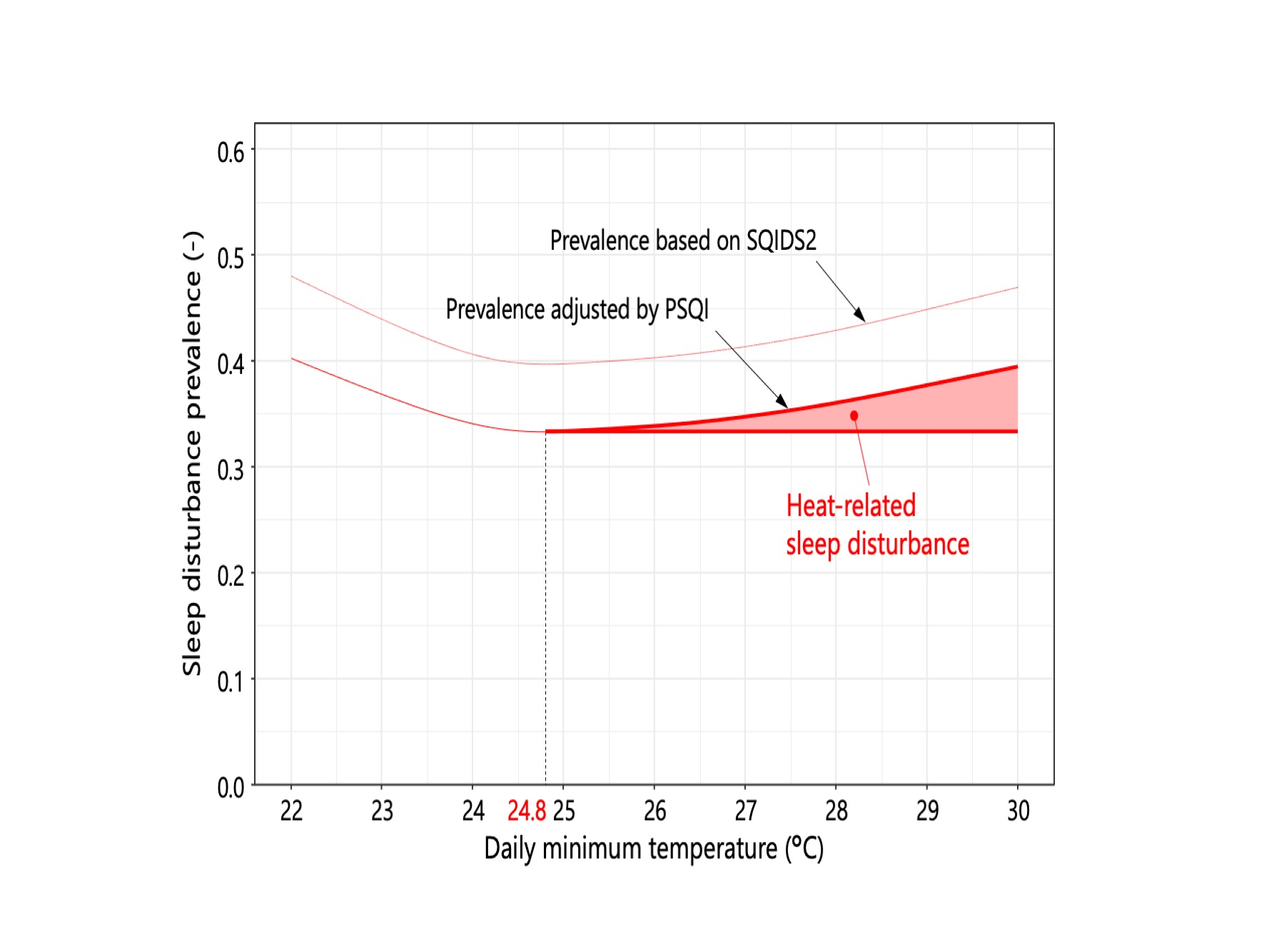 The right temperature for sleep. Using the SQIDS2 scores, the relationship between daily minimum temperature and sleep disturbance can be seen. ©Ihara et al. 2022.

Researchers from the University of Tokyo conducted a survey with residents from Nagoya to find out how rising summer temperatures might be affecting their sleep. Located in the center of Japan, the city is an urban heat island which has experienced the largest temperature rise among Japan’s three major metropolitan areas (comprising also Tokyo and Osaka). In total, 574 adults in 2011 and 710 adults in 2012, representative of the age and sex ratio of Nagoya’s population, completed an online survey over about 10 days each year.

“The survey, called SQIDS2 (sleep quality index for daily sleep) was a revised and simplified version of a widely used, standardized sleep survey called PSQI (the Pittsburgh Sleep Quality Index). It assessed seven components, including subjective sleep quality, how quickly people fell asleep and use of sleep medication,” explained Associate Professor Tomohiko Ihara from the Graduate School of Frontier Sciences. “Unlike with PSQI, the new SQIDS2 survey allowed us to correlate overall sleep quality with daily temperature.” The team found that the daily prevalence of sleep disturbance increased when the daytime minimum temperature went above 24.8 degrees Celsius. There was also a significant difference in sleep disturbance between age groups for the male participants, with younger men having more trouble getting a good night’s sleep than older men. 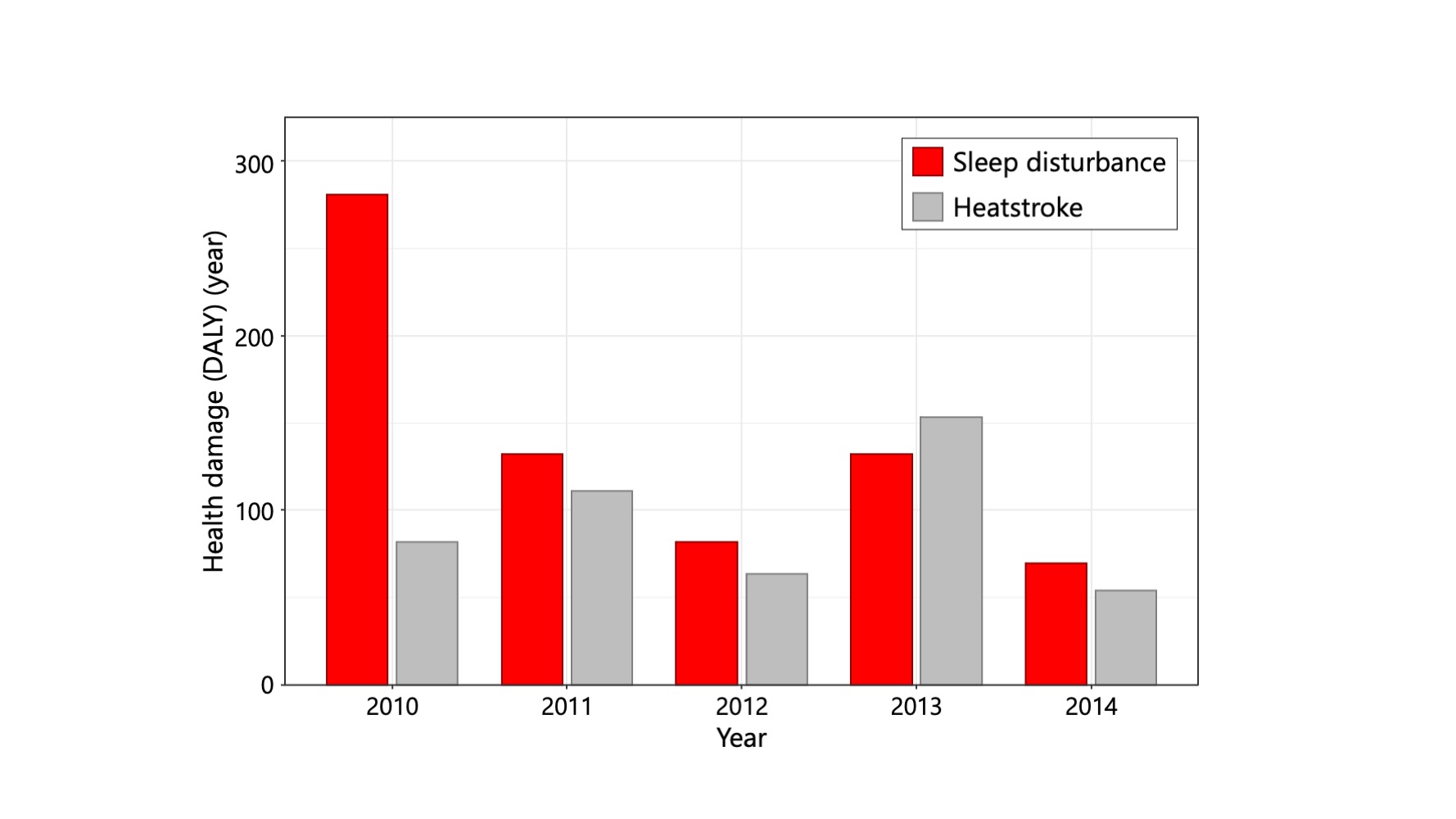 Using the results from SQIDS2, the team calculated the DALY — disability-adjusted life year — for the city’s more than 2.2 million residents. DALY is a measure of time lost through premature death and time lived in states of less-than-optimal health at a population level (rather than for individuals). Used by the World Health Organization (WHO), DALY helps to quantify loss from hundreds of different diseases, injuries and risk factors, which can then be used to help improve health care systems. “We calculated that the DALY score for heat-related sleep disturbance was 81.8 years in 2012, which is similar to the score for heatstroke. That means that the damage to health caused by sleep disorders due to rising temperatures is comparable to that of heatstroke and must be addressed,” said Ihara. “Sleep disorders increase when the minimum daily temperature exceeds 25 degrees Celsius.” 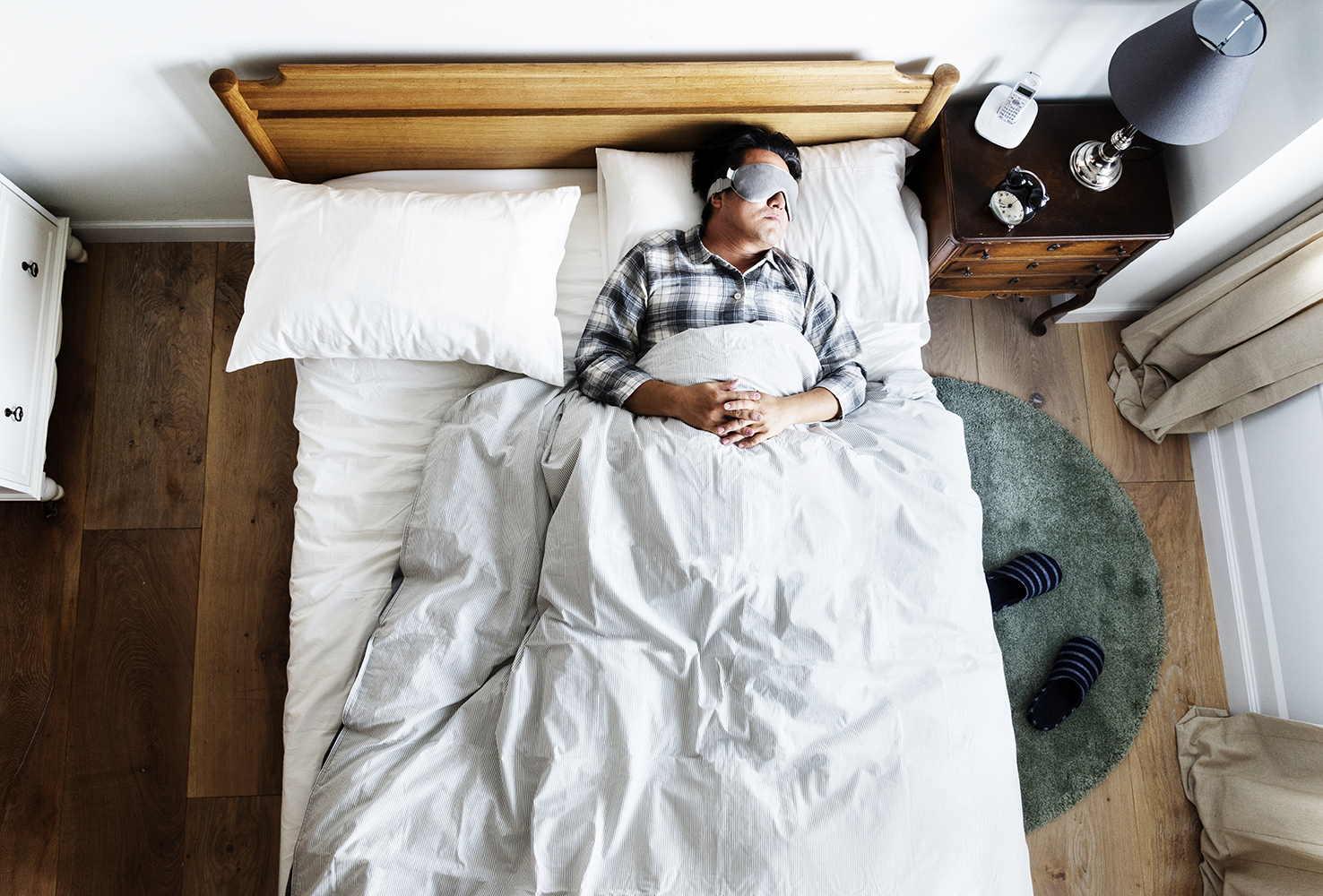 Sleep well. A previous survey in Japan found that although many people had installed air conditioners in their bedrooms, they slept with little or no air conditioning on during the summer.

There were several limitations to the study, not only due to the target population size and restricted age range (children were not involved and the number of respondents over 70 years was relatively small), but also because other influences on sleep quality were not investigated, such as the mental health of the participants or whether they used an air conditioner. However, this study is a step towards quantifying the damage caused by climate change to sleep health, and the researchers hope it will help climate change legislators recognize the significant impact of high nighttime temperatures and be used to provide guidance for better sleep. “Air conditioners are widely installed in Japan and so their appropriate use may be one solution. I try to acclimate my body to the heat as much as possible, but when it is unbearable, I turn on the air conditioner both day and night,” said Ihara. “But this option is not available to everyone and in the long run, promoting measures to reduce outdoor temperatures, both during the day and at night, will be needed.”