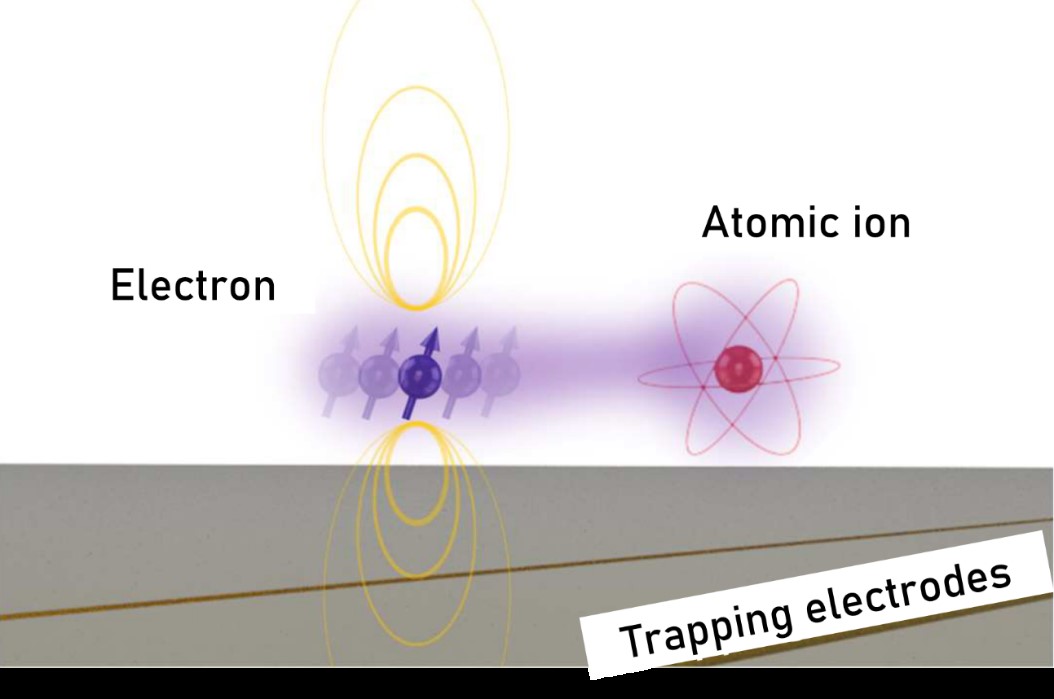 Quantum computers are powerful computational devices that rely on quantum mechanics, or the science of how particles like electrons and atoms interact with the world around them. These devices could potentially be used to solve certain kinds of computational problems in a much shorter amount of time. Scientists have long hoped that quantum computing could be the next great advance in computing; however, existing limitations have prevented the technology from hitting its true potential. For these computers to work, the basic unit of information integral to their operation, known as quantum bits, or qubits, need to be stable and fast.

Qubits are represented both by simple binary quantum states and by various physical implementations. One promising candidate is a trapped electron that levitates in a vacuum. However, controlling the quantum states, especially the vibrational motions, of trapped electrons can be difficult.

In a paper published in Physical Review Research, researchers identified possible solutions to some of the limitations of qubits for quantum computing. They looked at two different hybrid quantum systems: an electron-superconducting circuit and an electron-ion coupled system. Both systems were able to control the temperature and the movement of the electron.

“We found a way to cool down and measure the motion of an electron levitated in a vacuum, or a trapped electron, both in the quantum regime,” said Assistant Professor Alto Osada at the Komaba Institute for Science at the University of Tokyo. “With the feasibility of quantum-level control of the motion of trapped electrons, the trapped electron becomes more promising and attractive for quantum-technology applications, such as quantum computing.”

The proposed systems that the researchers focused on included an electron trapped in a vacuum called a Paul trap interacting with superconducting circuits and a trapped ion. Because ions are positively charged and electrons are negatively charged, when they are trapped together, they move toward each other because of a phenomenon called Coulomb attraction. Because the electron has such a light mass, the interactions between the electron and circuit and the electron and the ion were particularly strong. They also found that they were able to control the temperature of the electron using microwave fields and optical lasers.

Another important metric that the researchers used to measure the success of their calculations was the phonon mode of the electron. Phonon refers to a unit of energy that characterizes a vibration, or, in this case, the oscillation of the trapped electron. The desirable result was a single-phonon readout and ground-state cooling. Ground-state cooling refers to the frozen state of the electron. Researchers were able to accomplish these through their two hybrid systems they analyzed. “Highly efficient and high-fidelity quantum operations are available in the trapped-electron system,” said Osada. “This novel system manifests itself as a new playground for the development of quantum technologies.”

Looking ahead, researchers note that additional experimental research will need to be done to see if their methods can be implemented and applied to quantum computing. For example, they plan to demonstrate their idea with a proof-of-concept experiment. “We are planning to examine our schemes using electrons trapped in a microwave cavity,” said Osada. “Through this research, we will be able to get another step closer toward precise quantum operations and toward the implementation of quantum computation.”