Starved yeast poisons clones When starved of glucose, yeast kills its own clones and other surrounding microorganisms to survive in a newly discovered phenomenon named latecomer killing Research news 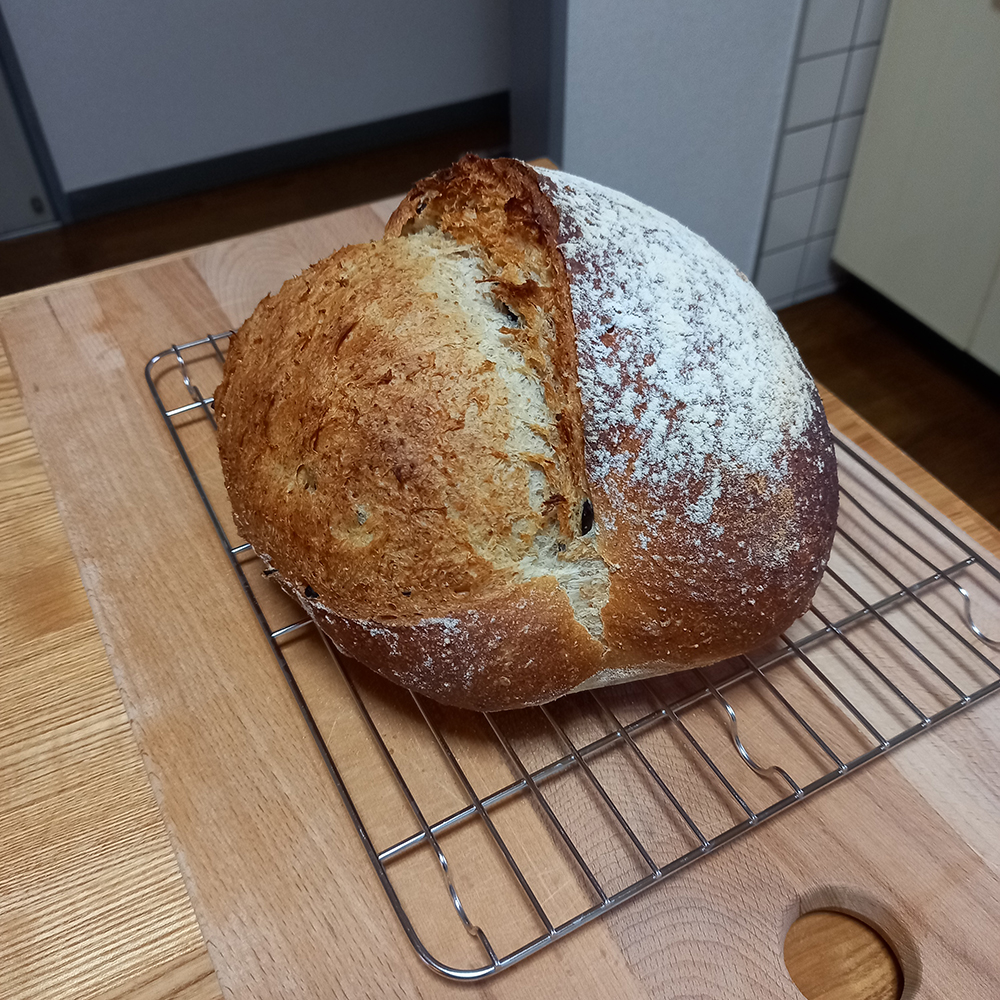 Our daily bread. There are more than 1,500 known types of yeast. Some are essential for baking and brewing, while others can cause infections which affect human and animal health. © 2022 Rohan Mehra

Yeast is not the simple single-celled microorganism we once thought, but a competitive killer. When starved of glucose, yeast releases a toxin that will poison other microorganisms that have entered its surrounding habitat, even its own clones. This venomous phenomenon was previously unknown and contributes to our understanding of unicellular microorganism behavior, the evolution of unicellular to multicellular organisms, as well as having potentially useful applications for the food industry.

Bread baking became a popular new hobby during the pandemic, so nowadays you’ll probably find a small packet of dried yeast stashed away in many a kitchen cupboard. For thousands of years, this little living fungus has been a staple part of our diet, enabling us to enjoy fluffy bread, sweet wine and frothy beer. Until recently, yeast was thought to be a simple unicellular (single cell) microorganism, but researchers at the University of Tokyo have now discovered it has a murderous survival strategy.

“In the critical survival situation of glucose starvation, yeasts release toxins into their habitat which kill other microorganisms while the yeast itself acquires resistance,” explained Assistant Professor Tetsuhiro Hatakeyama from the Graduate School of Arts and Sciences. “We have called this phenomenon latecomer killing. We were even more surprised to find that the toxins produced by yeasts can also kill their nonadapted clones, so they are at risk of killing not only invading microorganisms but also their own offspring. Such seemingly risky and almost suicidal behavior had not previously been found in a single-celled organism or even considered to exist.”

Although cooperative forms of behavior are well known in many bacteria and fungi, this research is the first prominent finding of competitiveness occurring in clonal cells in unicellular organisms. This has important implications for our understanding of the ecology of microorganisms, as well as why some specific microorganisms grow during fermentation while others do not. To make this discovery, the team grew clonal cells (i.e., derived from the same parental cell) separately under glucose-limited and glucose-rich conditions. When the cells were combined, their growth patterns showed that yeast cells which had already adapted to glucose starvation were able to poison latecomers and keep food resources for themselves. 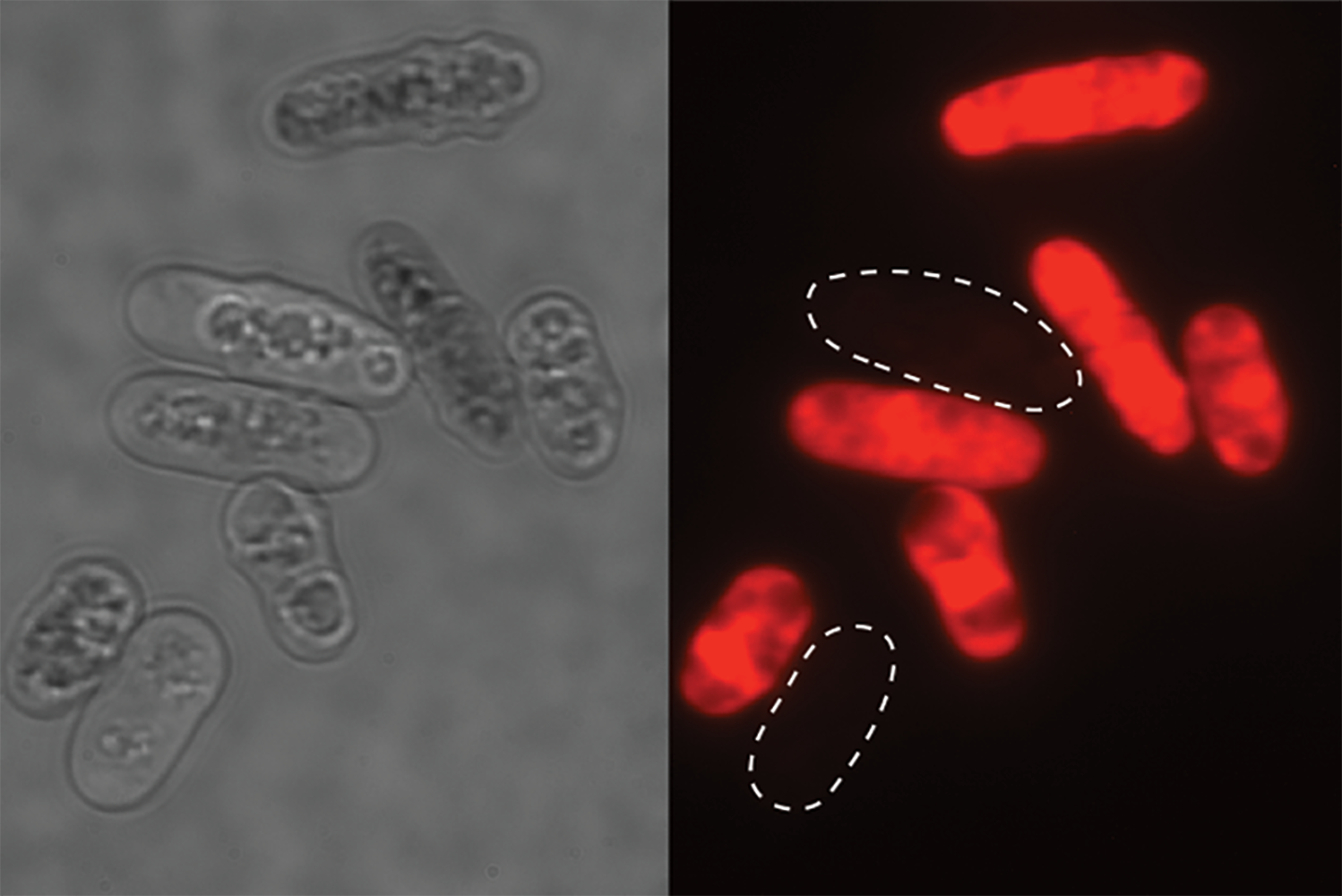 “Our research reveals a surprisingly selfish side to yeast behavior,” said Hatakeyama. “The phenomenon we discovered is similar to a thought experiment proposed by the ancient Greek philosopher Carneades of Cyrene, called the plank of Carneades: If a sailor escapes from a shipwreck by holding on to a plank that is capable of supporting barely one person, and then pushes away another sailor who comes after him, will he be charged with murder?” The researchers suggest that this strategy may help yeast avoid mass starvation of the population, while also aiding selection of toxin-producing offspring that are more likely to continue their lineage. The strategy was observed in several different types of yeast — initially taken from beer, bread and wine — which could mean that this phenomenon may occur more widely across this diverse species.

This discovery could be used to develop useful growth control mechanisms for economically important species of yeast, such as those used in the food industry. Although not included in this study, it may also pave the way to better controlling types of yeast which can negatively affect human and animal health. The team would next like to explore the implications of this discovery for cell evolution. “For the development of multicellular organisms, not only mutual activation of cellular growth but also mutual inhibition of cellular growth or programmed cell death in clonal cells is required,” explained Hatakeyama. “Fungi are known to tend to an evolutionary transition between unicellularity and multicellularity more readily than other organisms, so we would like to unravel the relationship between the latecomer killing and the evolution of multicellular organisms. We hope this research will make a significant contribution to our understanding of ecosystem development and evolutionary transitions.”