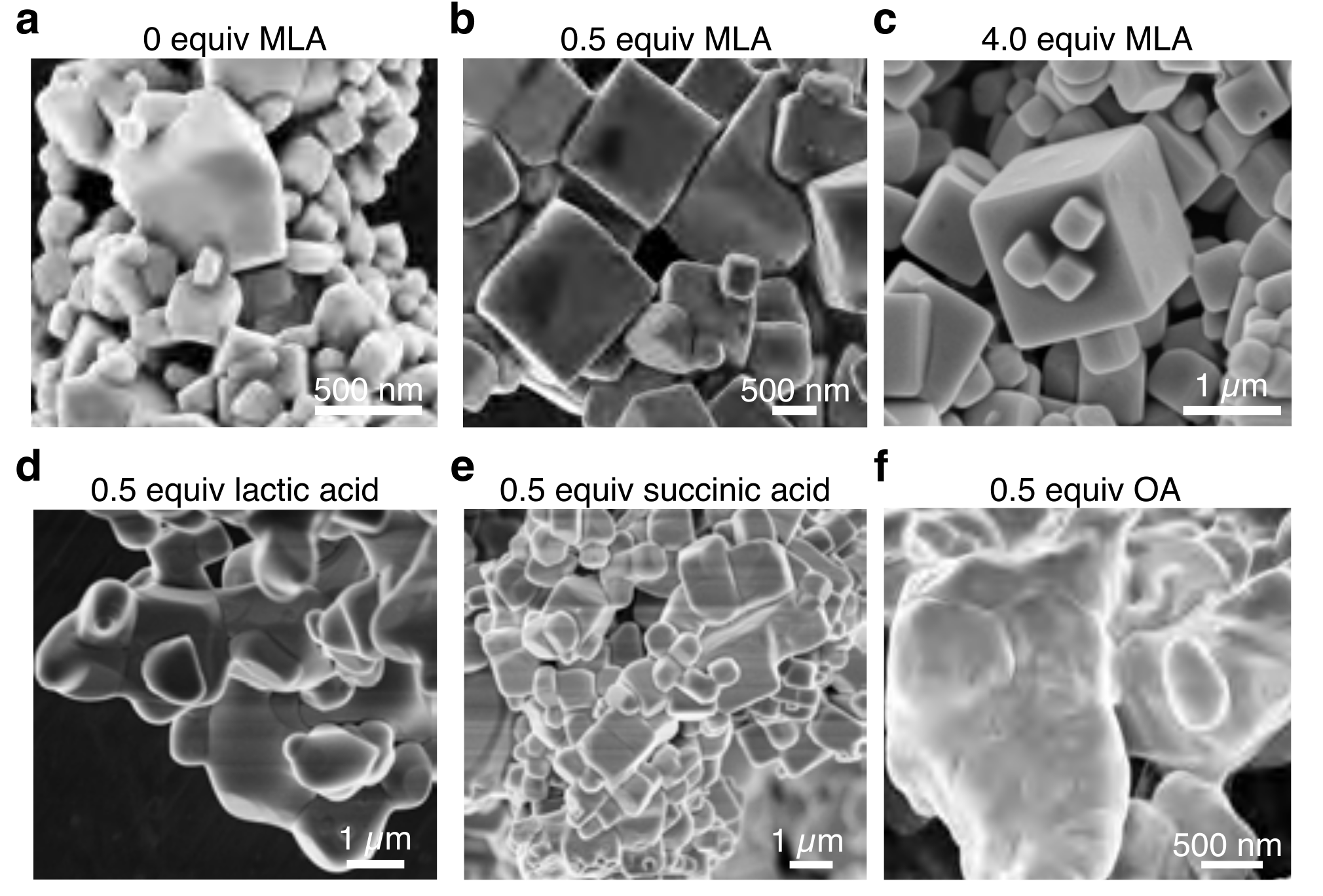 Quantum dots are nanoscale crystals capable of emitting light of different colors. Display devices based on quantum dots promise greater power efficiency, brightness and color purity than previous generations of displays. Of the three colors typically required to display full color images — red, green and blue — the last has proved difficult to produce. A new method based on self-organizing chemical structures offers a solution, and a cutting-edge imaging technique to visualize these novel blue quantum dots proved essential to their creation and analysis.

Peer closely at the screen of your device, and you might be able to see the individual picture elements, pixels, that make up the image. Pixels can appear almost any color, but they are not actually the smallest element on your screen as they are typically made up of subpixels which are red, green and blue. The variable intensity of these subpixels gives the individual pixels the appearance of a single color from a palette of billions. The underlying technology behind subpixels has evolved from the days of early color television, and there is now a number of possible options. But the next big leap is likely to be so-called quantum dot light emitting diodes, or QD-LEDs. 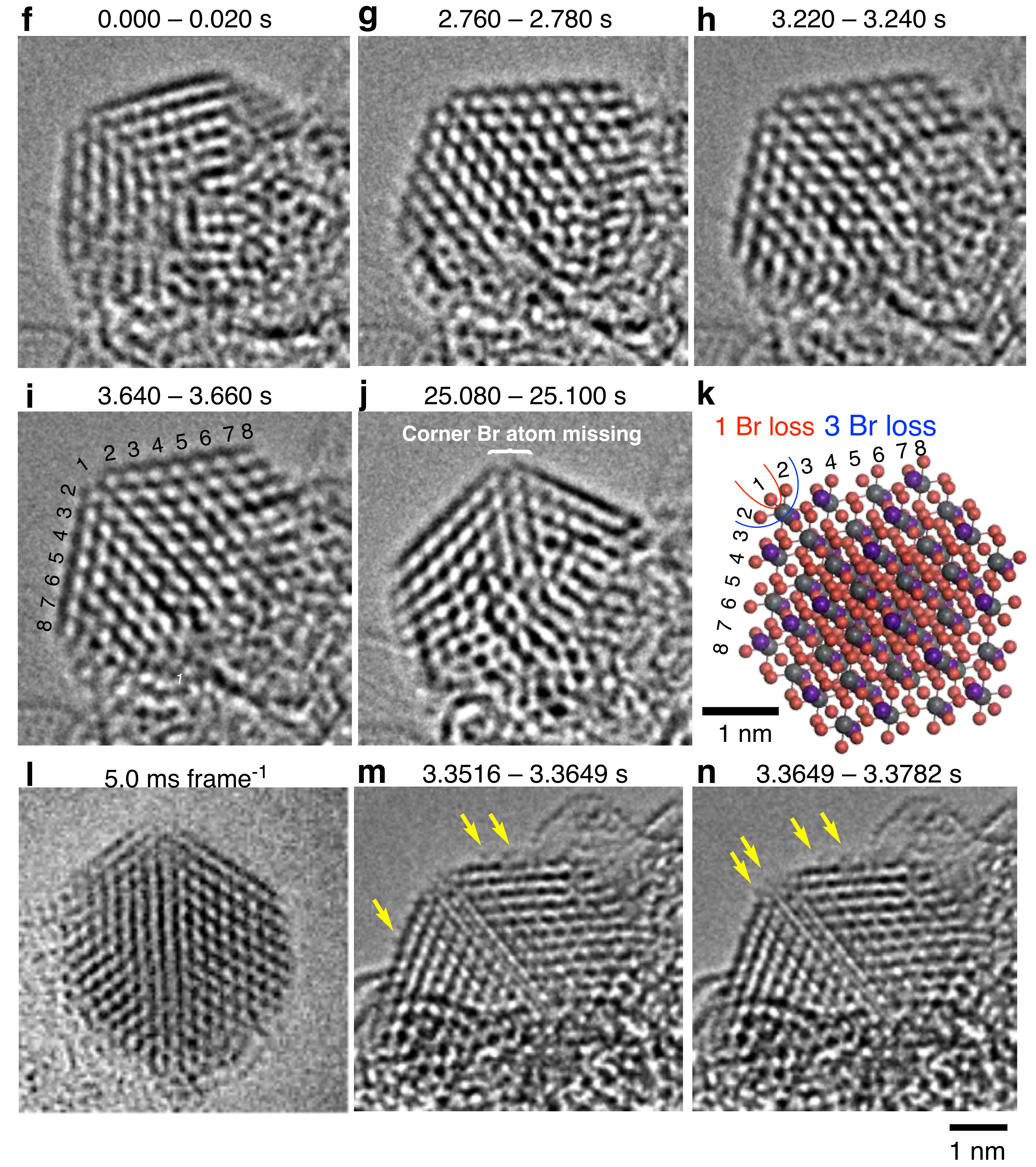 The second challenge. Stills from the video captured using “cinematic chemistry” of the blue quantum dot, including an illustration showing the atomic arrangement of the sample. ©2022 Nakamura et al.

Displays based on QD-LEDs already exist, but the technology is still maturing, and current options have some drawbacks, specifically regarding the blue subpixels within them. Of the three primary colors, blue subpixels are the most important. Through a process called down-conversion, blue light is used to generate green and red light. Because of this, blue quantum dots require more tightly controlled physical parameters. This often means blue quantum dots are highly complex and costly to produce, and their quality a critical factor in any display. But now, a team of researchers led by Professor Eiichi Nakamura from the University of Tokyo’s Department of Chemistry has a solution.

“Previous design strategies for blue quantum dots were very top down, taking relatively large chemical substances and putting them through a series of processes to refine them into something that worked,” said Nakamura. “Our strategy is bottom up. We built on our team’s knowledge of self-organizing chemistry to precisely control molecules until they form the structures we want. Think of it like building a house from bricks rather than carving one from stone. It’s much easier to be precise, design the way you want, and is more efficient and cost effective too.”

But it’s not just the way Nakamura’s team produced their blue quantum dot that’s special; when exposed to ultraviolet light, it produces nearly perfect blue light, according to the international standard for measuring color accuracy, known as BT.2020. This is due to the unique chemical makeup of their dot, a hybrid mix of organic and inorganic compounds including lead perovskite, malic acid and oleylamine. And only through self-organization can these be coaxed into the form required, which is a cube of 64 lead atoms, four to a side.

“Surprisingly, one of our biggest challenges was in finding that malic acid was a key piece of our chemical puzzle. It took over a year methodically trying different things to find it,” said Nakamura. “Perhaps less surprising is that our other main challenge was to determine the structure of our blue quantum dot. At 2.4 nanometers, 190 times smaller than the wavelength of the blue light we sought to create with it, the structure of a quantum dot cannot be imaged by conventional means. So, we turned to an imaging tool pioneered by some of our team known as SMART-EM, or ‘cinematic chemistry’ as we like to call it.”

Cinematic chemistry is an evolution of electron microscope imaging that is more akin to shooting a video than taking a still image. For capturing details of the structure of the blue quantum dot, this is essential, as the nanocrystal is actually quite dynamic, so any single image of it would only tell a small piece of its story. Unfortunately, the blue quantum dot is also quite short-lived, though this was expected, and the team is now aiming to improve its stability with the aid of industrial collaboration.