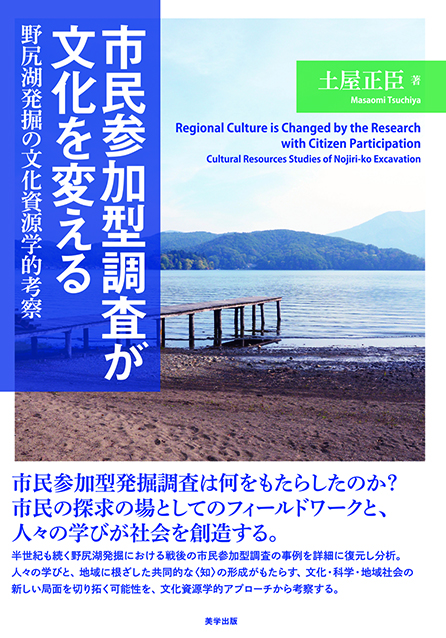 As the administration of buried cultural properties is under the jurisdiction of each board of education, one would naturally expect that the process and achievements of the excavation investigations would be channeled back into educational purposes that will result in people’s voluntary learning. However, in reality, that is not the case.

First, the reason such excavations are not being used for educational purposes could be attributed to the excavations’ limited time frames and limited budgets. Since excavations are conducted based on the premise that development projects are going to be undertaken, the number of days in which research can be conducted is stipulated by the development’s construction schedule. In addition, since the cost of excavation research is shouldered by the developers, consideration must be given to avoid placing an excessive burden on them. Thus, it is difficult to incorporate educational measures into the excavation research.

Second, the direct participation of civilians, who are non-professionals, is not welcome in such excavations because ensuring academic integrity is required in such research.

Third, there is a “tradition” of social education administration in which highly specialized officials in charge guide and teach civilians who do not possess the knowledge or background in a respectful and easy-to-understand manner (this is referred to as the “deficit model” in science communication theory). This is despite the fact that there are actually no adults who are educated by the government (Matsushita 1986).

This book selected the Lake Nojiri excavation, which has been conducting continuous academic excavation by the Lake Nojiri in Shinano-cho, Nagano Prefecture, since 1962. The characteristics of the Lake Nojiri excavations are not limited to the scholarly nature of the discovery of fossils such as of Palaeoloxodon naumanni (Naumann elephants) and elks or paleolithic stone tools; it is also an excavation where anyone, from elementary school children to adults, can participate in the investigation and research, regardless of whether they have knowledge of geology or archaeology.

The analysis results revealed that progressive and continuous learning was enabled by directly engaging people of different ages and from different fields in the investigation and research under a common field together. In addition, the residents of the remaining sites, who were not directly involved in the Lake Nojiri excavation at first, now facilitate the provision of meals and transportation services and serve as tour guides for outsiders coming to visit the ruins. Thus, a site for exploration and learning that attracts research participants across the nation has changed the local culture, as well.