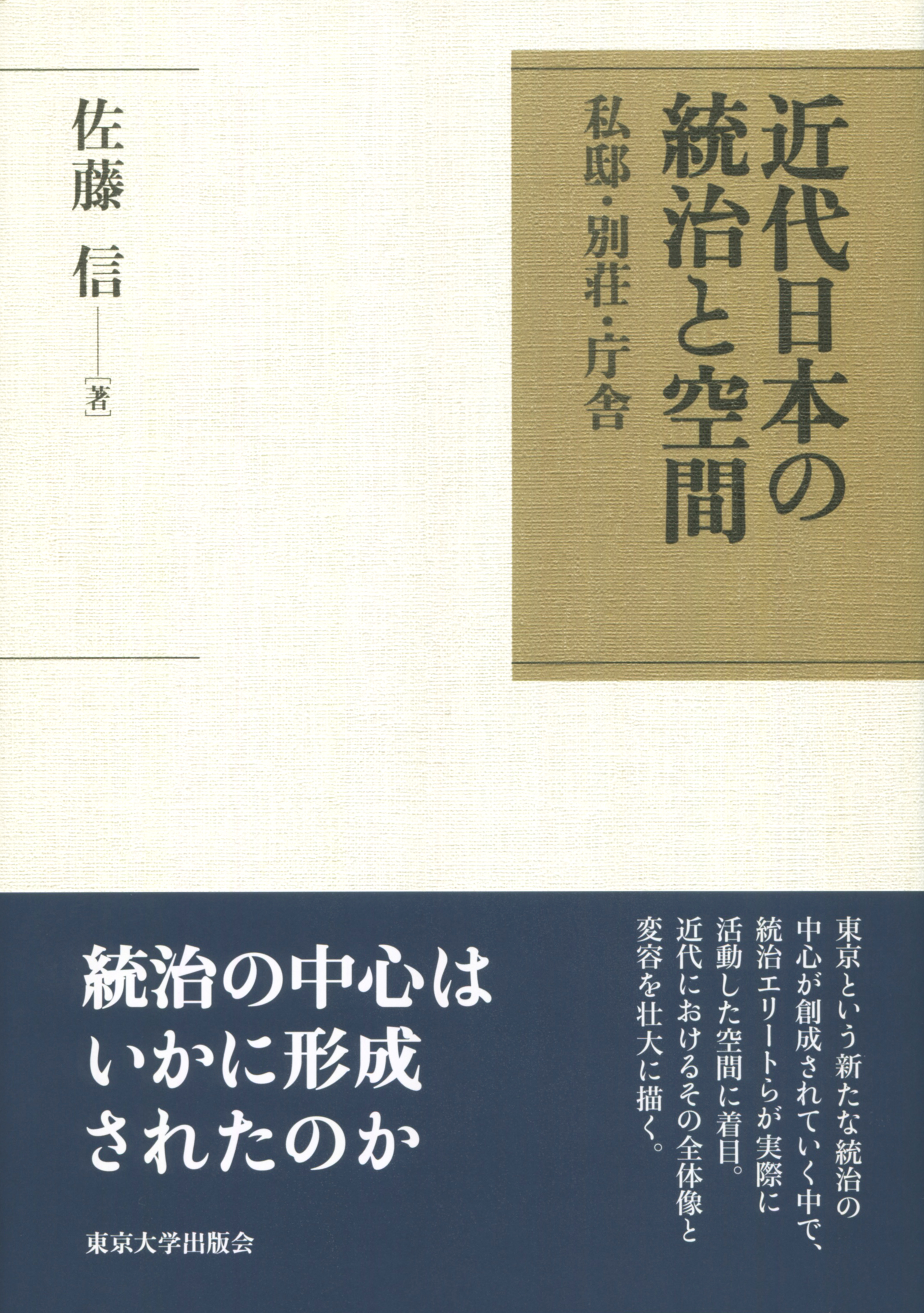 Kindai-Nihon no Tochi to Kukan

While it is always difficult to ascertain facts when examining history, it is far more difficult to understand the atmosphere of the time and place. A student of modern Japanese history for instance, may have heard of places like Nagatachō and Kasumigaseki, but may not know the meaning these places had for the political elite at the time, or even where or how those leaders lived and worked.

This book is therefore an attempt to reveal the historical dynamics of spaces related to government organizations and elite from the time Japan’s capital was transferred from Kyoto to Tokyo (around 1868), until the 1930s. Chapter 1 showcases how Tokyo (formerly known as Edo) emerged as a new political center of the newly established government, and how that center was rather unstable. For instance, from the period that the Nishinomaru Palace in Tokyo was destroyed by fire (1873; this used to be the castle of Tokugawa Shōgun) until the completion of the new Imperial Palace (1888), there were proposals to transfer the capital elsewhere in the Kanto region, indicating instability in the establishment of a center of governance. Chapter 2 deals with the time period where the center of governance gradually became fixed and stable. In tandem with this, the changes in the location of the governing elite’s residences are also depicted. Led by ITO Hirobumi’s residence Sōrōkaku (1890) in Odawara, more than 55km away from central Tokyo, it became a trend for the genrō (super-constitutional elder statesmen of Japan) to exude their political influence from their “Power Houses” in the countryside. Chapter 3 clarifies how the powerful government elite used multiple private residences, with YAMAGATA Aritomo as a key example. Other key spaces are analyzed in the following chapters. In Chapter 4, the sites of the villas of the government elite are examined, while Chapter 5 discusses the spaces of political parties. Chapter 6 discusses the official residences of Ministers, government buildings, and, finally, spaces for mass movements. In summary, Chapters 1-6 inform readers how the center of national governance had elements of attraction intermingled with repulsion, and how spaces involved in governmental policy decisions saw repeated expansions and contractions. Readers will understand how such “pulsations” lasted into the 1930s, when the urban area of Tokyo finally became the site for most decision making and policy formations regarding national governance.

Understanding these spaces and their political meanings results in a completely different image of modern Japan’s national governance than previously held. Even if indirectly related to concrete political affairs, the arrangement of space, from where we will live to where we will sit in a group, all give a “political” essence to our spaces. It goes without saying that all political behaviors are presented in particular spaces. Grasping this conjuncture of the spatial and the political with a notion of “politics = space,” as postulated in the preface, this book sheds a new light on affairs previously thought of as non-political.

As this new interdisciplinary field of study requires an enormous amount of historical material and related knowledge, this book, which tries to cover a 70-year period, is just a kick-start. The author hopes that the book demonstrates the fertility of bridging politics and space, which beckons to the forging of an interdisciplinary network, one that also includes the readers of this book.