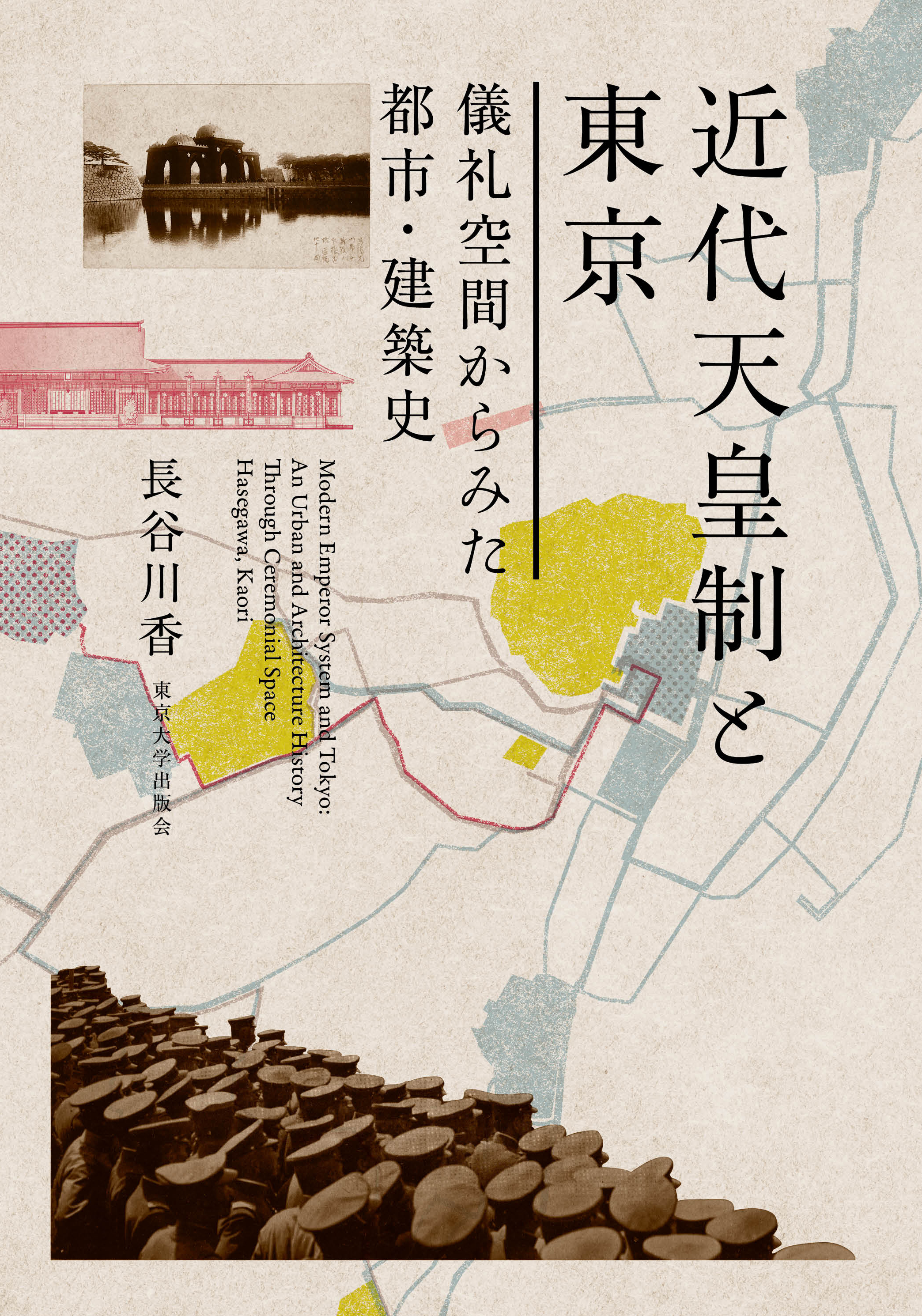 An aerial photograph of contemporary Tokyo shows several large green spaces buried within the vast urban sprawl. They spread to the Imperial Palace and the Imperial Palace Plaza in the center, to Ueno Park in the north, and in a band covering the Akasaka Palace Site, Shinjuku Imperial Gardens, the Inner and Outer Gardens of the Meiji Shrine, Shinjuku Imperial Gardens, and Yoyogi Park in the west. Many of these sites that today form precious green areas and public spaces in the heart of Tokyo were actually used as ceremonial venues in the modern emperor system from the Meiji era to the Showa era up to World War II. This book seeks to partly reveal the relationship between the modern emperor system and the city and its architecture through an analysis of ceremonial spaces in modern Tokyo from urban and architectural perspectives.

With the relocation of the capital in Tokyo in 1869 (Meiji 2), administrative institutions, the residences of the imperial family and nobility, and various other facilities and functions were transferred from Kyoto to Tokyo, and, in conjunction with this, the central locations for public ceremonies also moved from Kyoto to Tokyo. While ceremonies in Kyoto (until the modern era) were held at specific facilities with deep, ancient connections to the imperial household, such as the Kyoto Imperial Palace and Sennyūji Temple, there were no such facilities in Tokyo, which had been the shogun’s city until the modern era, giving rise to the need to find and prepare new facilities and sites for ceremonies.

Under these circumstances, Meiji-era to pre-war Tokyo used a range of sites, such as troop parade grounds, Imperial estates owned by the imperial family, and parks repurposed from sites related to the Edo shogunate, as venues for ceremonies. The use of sites as ceremonial spaces was temporary and provisional, and in many cases, it left no traces of permanent buildings or structures. However, these sites acquired a new history through the holding of ceremonies under the modern emperor system, and it appears that the requirements for modern ceremonial spaces continue to have an influence on the formation of Tokyo’s urban spaces today.

Against this background, this book views ceremonial spaces not only as architecture built as venues but also as urban spaces with a planar spread that includes the entire site, and even the path leading to the venue. It analyzes the forms of their use and the development of the surrounding area to uncover an overall image of ceremonial spaces in Tokyo and to understand “the memory of the locus” that has been carved into the city by the modern emperor system.

The “memory of the locus,” which is closely linked to the modern emperor system, is not actively discussed today. Nevertheless, Tokyo, which was referred to as the “imperial capital” in the modern era, was the capital of the Empire of Japan and, at the same time, the imperial capital where the emperor lives and the largest military city in the empire. When thinking about how Tokyo should present itself as a city that has experienced two changes of emperors since the Second World War and seeks to greatly change its face in the approach to the Olympic Games, there is a need to reconcile with the “memory of the locus” in the modern era.