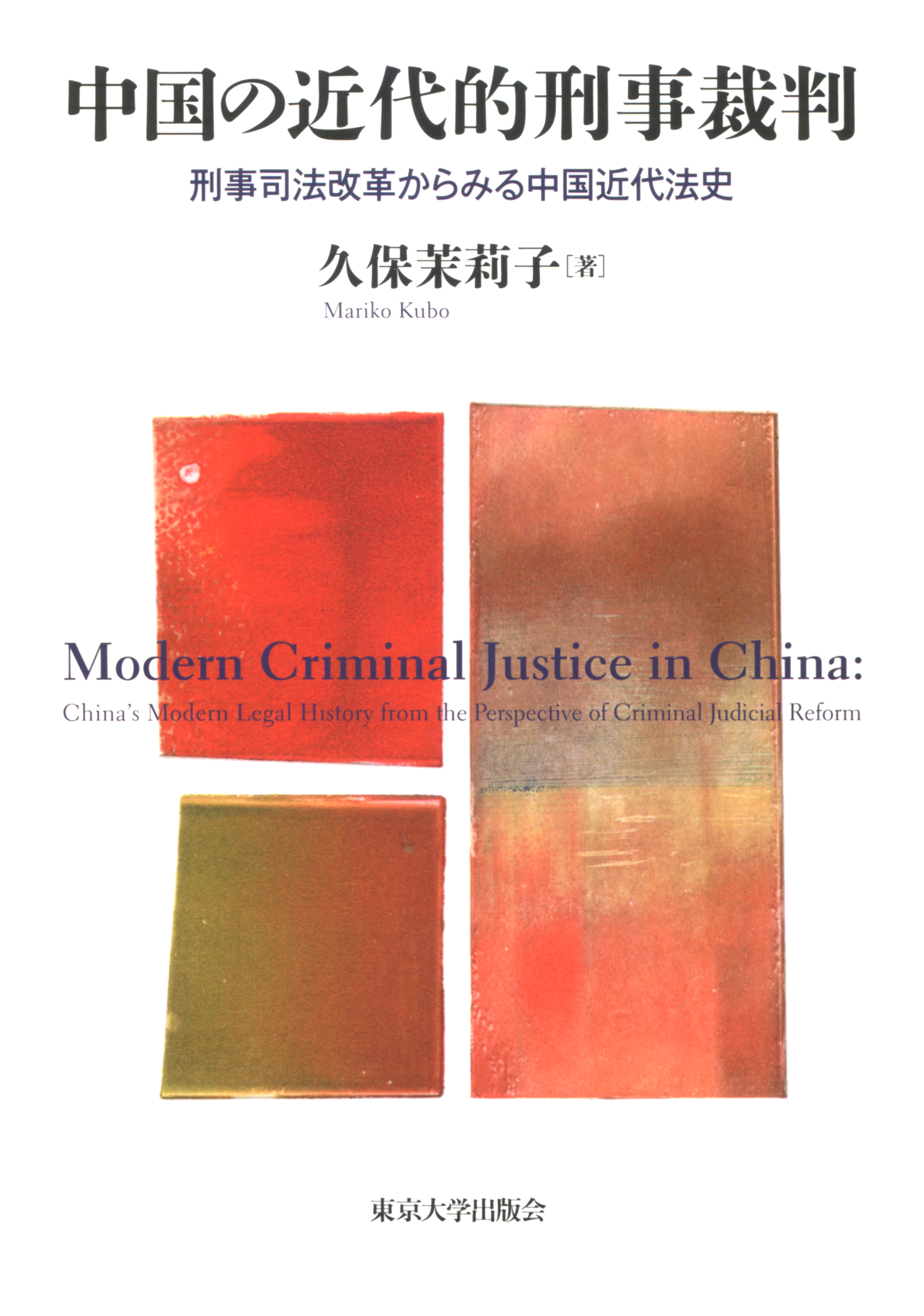 Studying of China’s modern legal history plays an important role in understanding the type of order that exists there. This country is undoubtedly one of the biggest nations in the world. The following questions arise: Under what order do people in this vast country live? How do the people of China perceive this order? To investigate these questions would be of great significance not only for the Chinese nationals, but also for people living in foreign countries, including Japan, who have built close relationships with China.

Since the late nineteenth century, as Western countries expanded their power in Asia, East Asian countries accepted modern Western laws and attempted to establish new legal systems similar to those in Western countries. In China, the Qing government undertook legal reforms to establish a modern Western legal system in the early twentieth century. One of the important reasons for initiating this legal reform is that the treaties that China had concluded with foreign countries in the nineteenth century came to be recognized as unequal. Although the Qing government lost its power in 1912, each Chinese government continued efforts to establish the new legal system in the Republican period. As a result, by the mid-1930s, the important codes such as the Criminal, Civil, Criminal Procedure, Civil Procedure, and Commercial Codes were promulgated and enforced. This means that China reviewed the ordinal legal order that had been built up until the nineteenth century and tried to establish a new legal order by introducing the Western modern legal system that was becoming “universal” in the world at that time.

In this way, the “traditional Chinese law” changed significantly under the influence of foreign countries. However, that does not mean that Chinese law has completely lost its unique features. There are some similarities between the “traditional Chinese” legal order and the “modern Western” legal order, and China's legal reform was promoted by making good use of these similarities. Analyzing of this complex process is essential to understanding the phenomenon of combination of "Western" and "non-Western" elements that have been seen in Asian countries since the nineteenth century.