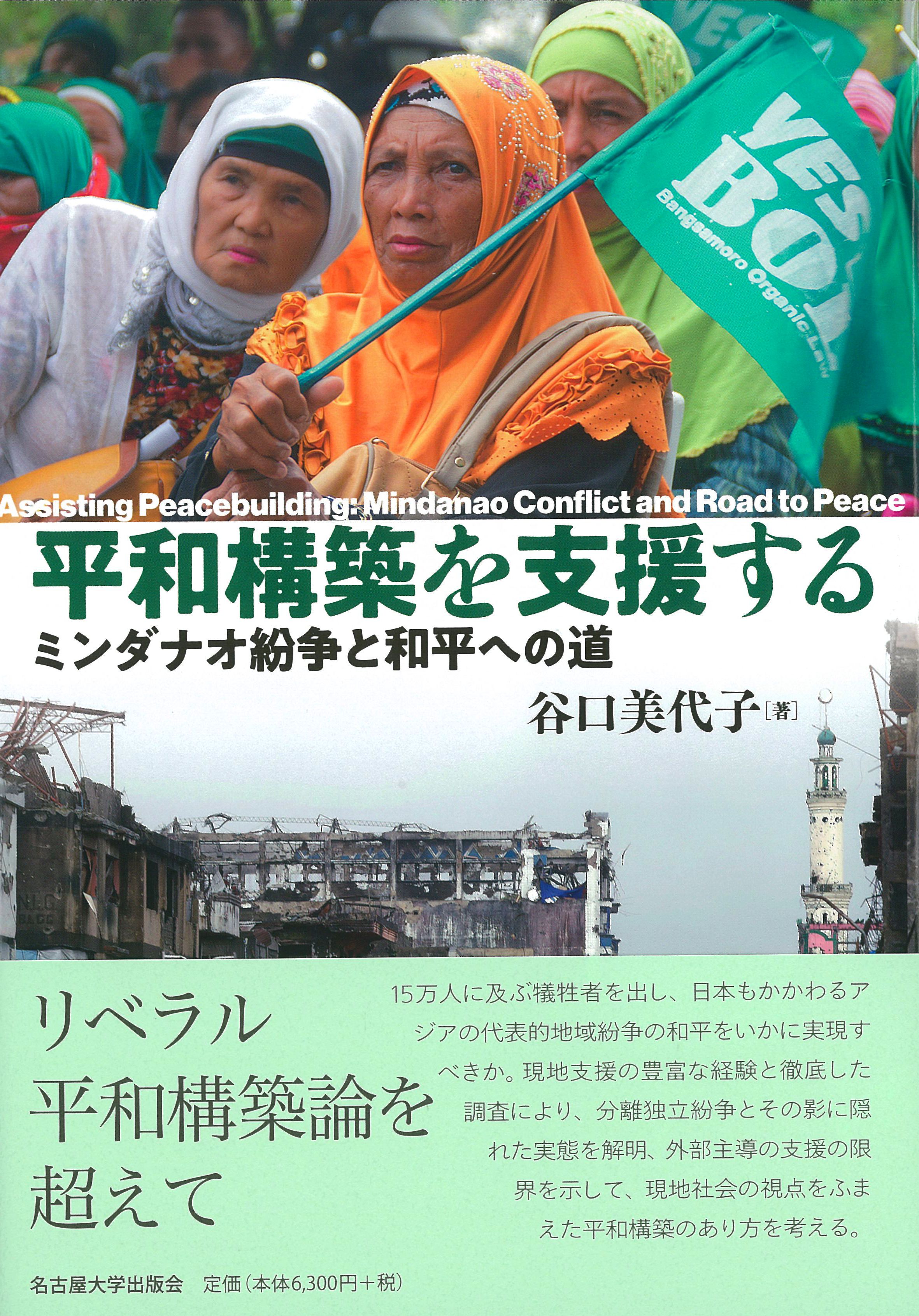 This book explains why activities based on the liberal peacebuilding perspective, which has been predominant in the post-Cold War era, have ended in failure, focusing on the case of Mindanao. The academic novelty of this book lies in its review of previous literature on peacebuilding from a local perspective, by examining the separatist/independence movement and its concealed background based on long-term fieldwork and extensive literature surveys (including archive study), guided by intellectual curiosities that have emerged in the site of development practice.

The main question is “why do ‘Moro’, drawing from the self-definition of Muslims that seek separation and later autonomy from the state, engage in everyday violence and killing?” This contradiction is often observed in conflict-affected areas across the world. What this has demonstrated to me is that the fundamental factor or mechanism causing conflict and violence cannot be fully explained by the simple opposition between “the state” and “rebels.” Following this, I have begun to research, acutely aware of my moral duties to answer questions such as “as a practitioner, am I not subconsciously complicit in strengthening the power of certain individuals or clans, or in enhancing societal tension among them within the local community?”

In the initial phase, my fieldwork encountered more issues than expected due to security restrictions and the exclusive and politicized nature of the local community. It is exceedingly rare for people to tell the truth in an area influenced by conflict where multi-layered political orders cut across each other, in an attempt to protect themselves. Interviews as part of development aid surrounded (“guarded”) by the state’s military (in civilian clothes) were naturally limited. I then decided to engage with the field without military guards, as a student of a local research institution. A significant amount of the information, knowledge, or feelings were obtained from the people these interviews informally and through daily interactions with them. By collecting facts and examining them from a multidimensional and layered perspective, I gradually began to comprehend people’s thought processes, logic, and contradictory phenomena.

The first half of the book discusses the history of rule or governance in the area as a long-term process of state formation in detail. This is because ethnic conflicts taking place across the world are intertwined in a complex manner with pre-colonial political order and the form of rule of the substratum society. Further, they are affected by the colonial form of rule and nationalist movements, as well as policies of post-independence governments. By tracing historical shifts, I have delineated the relationship between separatist and inter-clan feuds which have been insufficiently investigated thus far. Further, I have identified structural factors in the relationship and conflict among the state, clans and separatist rebels. The perspective which examines conflict/violence/peace focusing on facts of customary politics and institutions based on human/social networks that are difficult to visualize is helpful in understanding structural factors of conflict and violence. These factors occur not only in Mindanao, but also in post-colonial states. It is also important for a practitioner (third-party) to provide effective assistance on peacebuilding as well as to refrain from unwittingly “doing harm” to the local community.

The liberal international order is currently facing impasses. I would be elated if readers (both researchers and practitioners) who are interested in a wider range of academic disciplines such as international politics/comparative politics/peacebuilding, area studies, the history and politics of the Philippines, the Mindanao conflict/peace/violence, and Islam Studies, would read this book.

The author’s profile
Born in Hiroshima Prefecture. Completed the doctoral program at the Graduate School of Arts and Sciences, the University of Tokyo. PhD (Human Security). Since the second half of the 1990s, engaged with development aid as practitioner and research at research institutions. Currently (as of March 2021), Senior Advisor on Peacebuilding at the Japan International Cooperation Agency (JICA) and researcher at the JICA Ogata Sadako Research Institute.