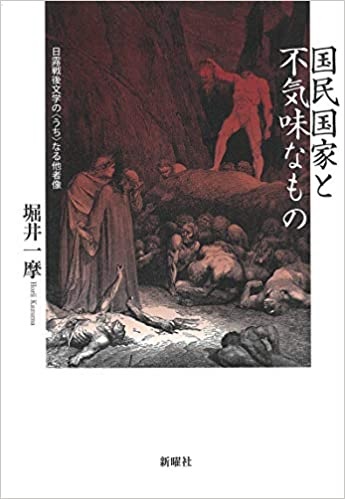 What is “the uncanny?” According to the teachings of psychoanalytic theory, it is that which appears to be different from us, but with which we have in fact long been familiar. It appears to be different because, due to its deviation from social standards and norms, we long ago repressed it deep within ourselves and at the margins of the societies to which we belong, making it invisible. When the repressed is triggered in some way and suddenly returns, we sense the uncanny. When we witness the uncanny, we wince, feel anxious, and at times, may try to get rid of it. However, the uncanny is not anyone else’s problem. Uncanny others are our own stifled alternate selves, representing possibilities we ourselves could not live out. Literature provides a fleeting glimpse of the uncanny that we have repressed because it violates social strictures, and by reading literary texts, we can reunite with the repressed versions of ourselves that might have been.

Also, in the High Treason Incident—the most severe incident of false accusation in modern history—anarchists were described using metaphors of infectious diseases such as cholera and the plague that come from the outside to infect the bodies of the state. This metaphorical framework gave structure to the socialist oppression policy of the Second Katsura Cabinet and its culmination, the High Treason Incident. Kōtoku Shūsui and others were treated as an uncanny infectious disease from the viewpoint of the nation state, “quarantined” from society, and ultimately “disinfected” by means of the death penalty.

In the present day, as the pressures of inclusion into the nation and exclusion from the nation mount, it is hoped that this book will provide hints for reevaluating the concept of the nation and considering an alternative path.