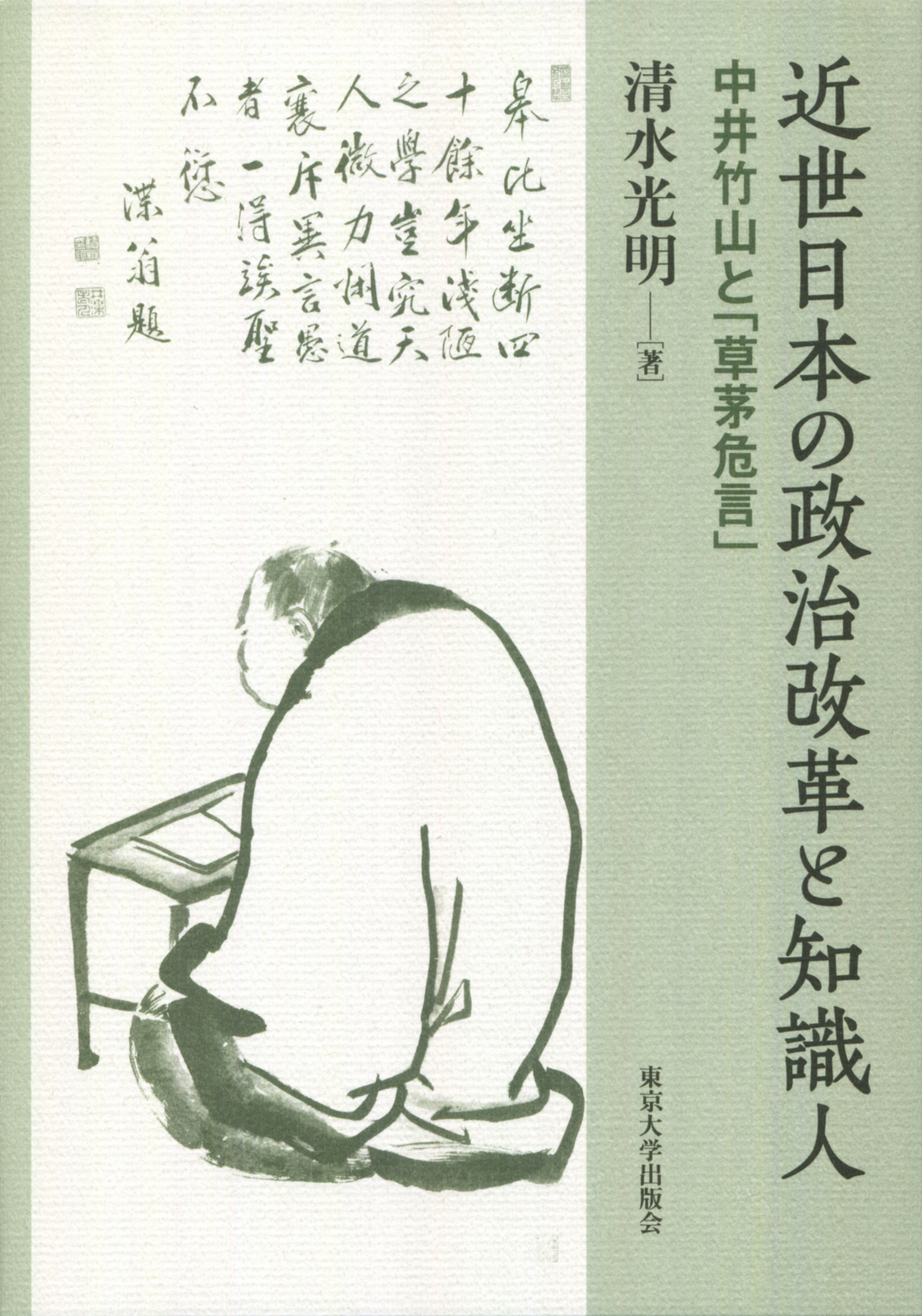 This book reveals how the Confucian outside the government were concerned with political reforms in Tokugawa Japan. In particular, it deals with Sōbō Kigen (five volumes), a political reform theory written by Nakai Chikuzan (1730–1804), who was the academic head of the Kaitokudo in Osaka. Chikuzan confidentially submitted the work to Matsudaira Sadanobu (1758–1829) who led the Kansei refoms as chief councilor in the Bakufu. Analyzing Chikuzan’s theory, this book reinterprets its relation to the Kansei reforms, and moreover, traces its process of formation and acceptance in a mid to long term perspective.

The first volume of Sōbō Kigen reveals the far-reaching plan (for the foundation of new system) for the imperial court. Because of this constitution and impression, this theory has been regarded as an impractical plan. Since the Tokugawa shogunate in Japan was a hereditary system dominated by the Samurai, and did not introduce the imperial examination system, Confucians could scarcely be concerned with government. Therefore, this estimation of impracticality seems natural.

However, considering the author’s manuscript bibliographically, it is clear that Chikuzan submitted the last volume to Sadanobu first. This volume contained a reform theory concerning Osaka, where Chikuzan resided, and insisted on the notification of bans. This theory can be carried out relatively easily. Chikuzan himself checked how seriously Sadanobu applied the theory outlined in this volume, and moreover, submitted a secret letter clearly pointing out the achievements and problems of the progress. In addition, Chikuzan sequentially submitted other volumes that contained the reform theory about all parts of Japan (including the imperial court).

What does this mean? In my opinion, Chikuzan had submitted the political theory in order of the length of time required for the reforms; first, he submitted the theory that needed to be implemented in the short term, and then he submitted the changes to be carried out in the mid to long term. Moreover, he tried to realize his theory by stirring the political situation, often making an alliance with politicians, or shaking up politicians.

Thus, by rearranging the order of volumes of Sōbō Kigen and other documents related to the political process of Kansei reforms, we can dynamically reveal Chikuzan’s strategy in a way that would not be possible if we read the work from the beginning. The contents of this book may give suggestions about current issues like relations between government and experts, although the premises and conditions of Tokugawa Japan and contemporary Japan are markedly different.

Although Chikuzan had expected Sadanobu to serve thirty years as chief councilor in the Bakuhu, the Kansei Reforms fell through in about six years. Consequently, in Sōbō Kigen, the theory for the short term (controlling policy against civil society) and a part of those for the middle term (educational policy for the Samurai) could be executed to a certain degree, but the long term plans (reforming policy for the imperial court) could not be implemented.

However, a while after Chikuzan’s death, Sōbō Kigen gradually began being read in the form of manuscript copies and woodblock printed books. This shift in public perception was largely due to the change (easing the partial regulation) of the publication control in Tempō reforms. This change drew attention to reforming policy for the imperial court, and combined with external crisis, it greatly affected various political theories presented in political situations. This seems to be a turning point, not only in terms of the acceptance of Sōbō Kigen but also because the accumulation of scholarship in the Tokugawa era shifted to the thought space of the Meiji revolution era.

The Kansei reforms realized the short and middle term plans of the theory to a certain degree through the confidential submission of the strategy to Sadanobu. The Meiji Revolution realized the theory in the long term, through the change (easing) of publication control and reading in public. In this way, tracing the complex history of the combination of short term and mid to long term theories in Sōbō Kigen, this book will present significant suggestions for understanding the continuities and discontinuities from the Tokugawa era to the Meiji revolution.