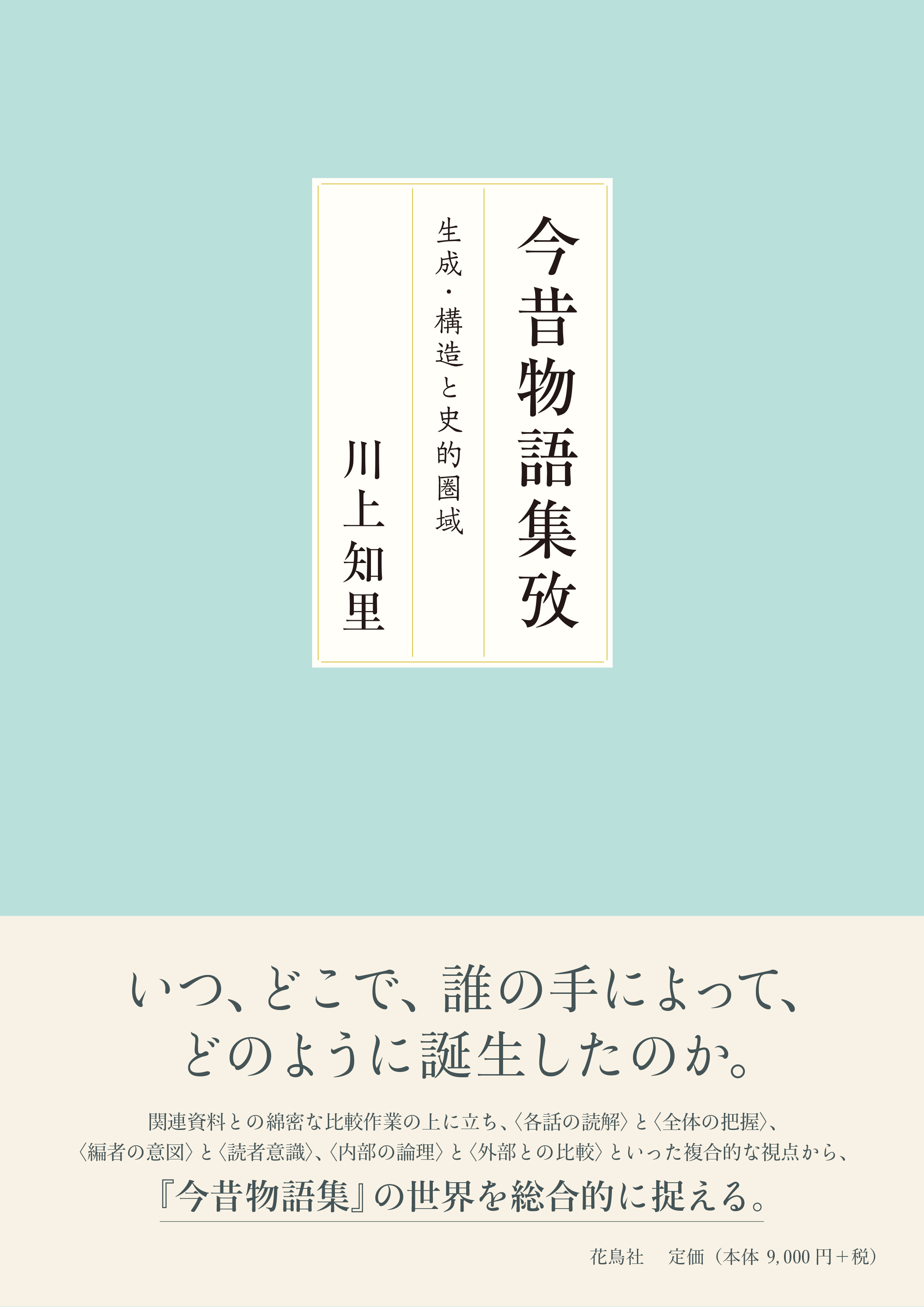 Upon hearing mention of the Konjaku Monogatarishū, many people are likely to think first of Ryūnosuke Akutagawa. At a stroke, he raised this hitherto little-known collection to the status of a representative work within Japanese classical tales, with many of his writings taking selected Konjaku tales as their theme. These included Rashōmon, which is now routinely to be found in high school textbooks, and almost all initial classical Japanese education textbooks currently refer to the Konjaku tales.

However, despite having become suddenly much better known, in terms of overall image, the Konjaku remains shrouded in mystery. There are various factors at play in this situation. First, although it is thought to have been written during the period of cloistered government in the 12th century, the work was stored away unfinished and little circulated. Second, proper research into the collection did therefore not begin until the Meiji period, and the history of such research is short compared to that relating to other classical works. Third, consisting of over a thousand tales in 31 volumes, the Konjaku is also the largest such collection in Japanese literary history. Furthermore, while the Konjaku displays a grand vision in terms of structure and sequencing, it is rife with inconsistencies and contradictions. These various circumstances make it extremely difficult to understand the Konjaku as a unified whole, and comprehensive research has been difficult to achieve.

Against such a research background, this book combines multiple viewpoints, including “individual tales and overall structure,” “editor’s awareness of the reader,” and “factors internal and external to the work,” to attempt a comprehensive elucidation of the Konjaku as a work and to position it within the history of literature. In my opinion, exploration from a single viewpoint would be utterly inadequate in unraveling this huge and enigmatic work.

Part 1 of the book, focuses on the inner world of the Konjaku Monogatarishū, tracing its genesis and its structure; the overall structure is discussed, based on the outcome of comparative verification of each tale, throughout the whole, against related material. The most important factor regarding Japanese classical tales is their “traditional” nature. It was not a case of each separate classical tale being created by an author. Without doubt, they emerged from the slight adjustment of stories that had been handed down. Apparently, almost all the tales included in the Konjaku were based on earlier written tales. Thus, I took as many tales as possible that have so far been identified as related and, using comparative verification of each one against the Konjaku tales, I sought traces of the editor’s hand and discussed those traces in relation to the act of editing the Konjaku as a whole.

Part 2 of the book aims to consider the genesis of the Konjaku in a multifaceted way, and a number of surrounding works are handled as “historical context.” The discussion focuses on the same type of work from nearby periods, on works in similar genres from the same period, and on works and materials related to its genesis. Consideration of factors external to the work alongside internal factors is intended to further clarify the shape of the Konjaku’s world and to position this extremely special collection of tales within the history of Japanese literature.

Although Konjaku research only properly began in the modern age, a steady stream of researchers has taken on the challenge of this work that combines quality and quantity, as if drawn to its mysterious charm. I hope that this book will facilitate appreciation of the majestic attractions of the Konjaku, a work with depths that remain unfathomed despite such previous attempts.