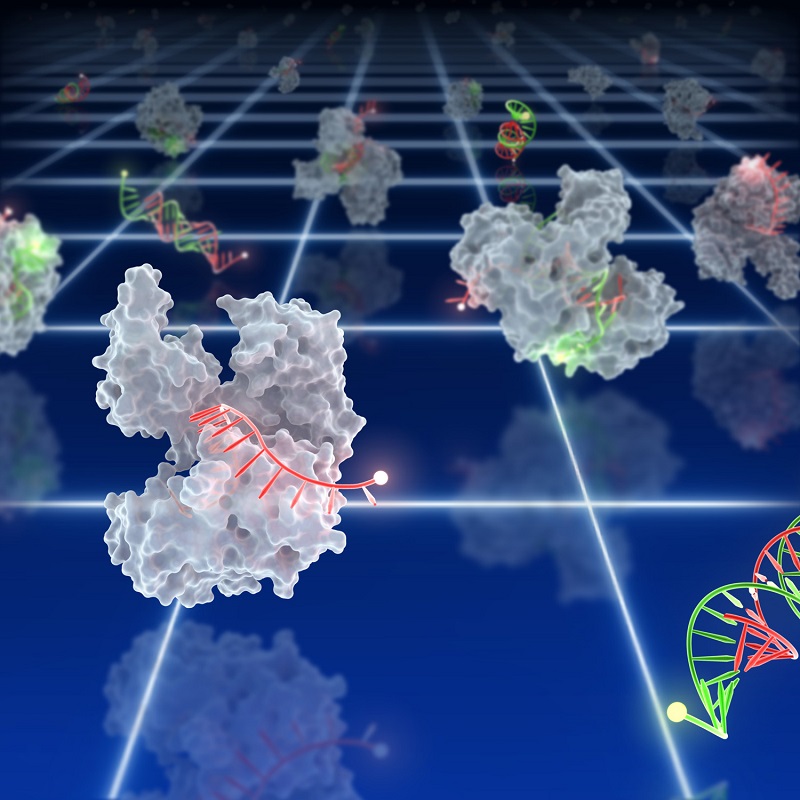 RNA interference (RNAi) is the phenomenon in which small RNAs specifically silence their target genes. This mechanism is now widely used by biologists to study the function of genes. RNAi is mediated by the effector complex called RNA-induced silencing complex (RISC), which contains a small RNA and an Argonaute protein at its core. However, exactly how RISC is assembled remained unclear, because there were no suitable tools to approach this question.

Now a research group at the University of Tokyo (Research Associates Shintaro Iwasaki, Hiroshi M Sasaki, Hisashi Tadakuma, Professor Yukihide Tomari and their colleagues) has identified all seven proteins necessary for RISC assembly and succeeded in reconstituting RISC in a test tube. Moreover, by using single-molecule imaging technique, they successfully observed the process of RISC assembly at the single-molecule resolution for the first time.

This groundbreaking result not only reveals the molecular mechanism of how RISC is assembled, but will also contribute to accelerating the research applications of RNAi such as to the development of RNA-based next-generation drugs.