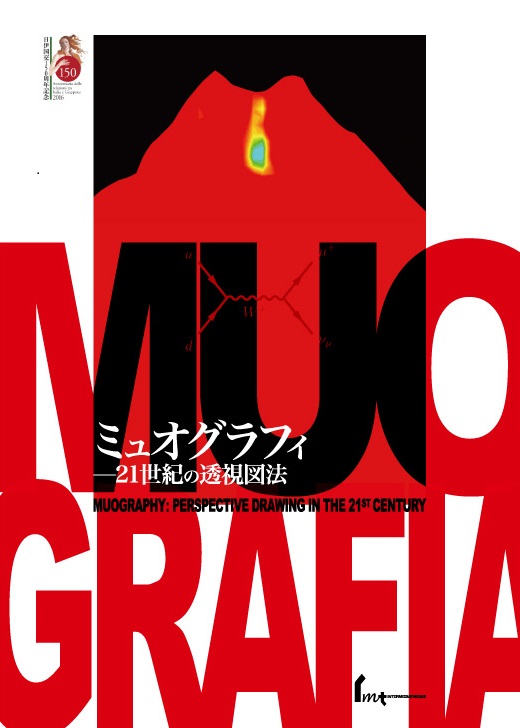 Muography: Perspective Drawing in the 21st Century
Muographic image of Satsuma-Iwojima. Magma location and movement within the volcano can be imaged.
© 2016 The University Museum, The University of Tokyo.

At the end of the 19th century, a new technology was developed that rendered visible the invisible. This was the X-ray photograph, named by its discoverer Wilhelm Conrad Röntgen with a character “X”, a letter denoting an unknown number in mathematics and reflecting the unknown nature of radiation. He took an X-ray photograph of Mrs. Röntogen’s hand, revealing the bone structure of a living being for the first time. The concept of the camera obscura, the phenomenon in which a projection of the objects in front of a small pinhole appear upside down, was described in detail in Leonardo Da Vinci’s 1502 publication the Codex Atlanticus. By using these projections, the concept of perspective could be applied to drawing, and it became more refined and lifelike. Perspective drawing, a form of visualization, would eventually lead to photography; this made X-ray photography and CAT scanning possible, and most recently, a new visualization tool has appeared which can image larger interior structures than X-rays. Instead of X-rays, particles called muons are used, and the imaging technique is called muography. This is the 21st century version of the perspective drawing. It is now possible to track the ascent and descent of magma inside an erupting volcano. With further advances in muography, it may even be integrated into outer space missions in order to image the internal structure of extraterrestrial stellar bodies. This exhibition catalogue introduces muography from basic principles to its recent applications by cutting-edge researchers in each related field.

Inquiries about the content of this page: University Museum