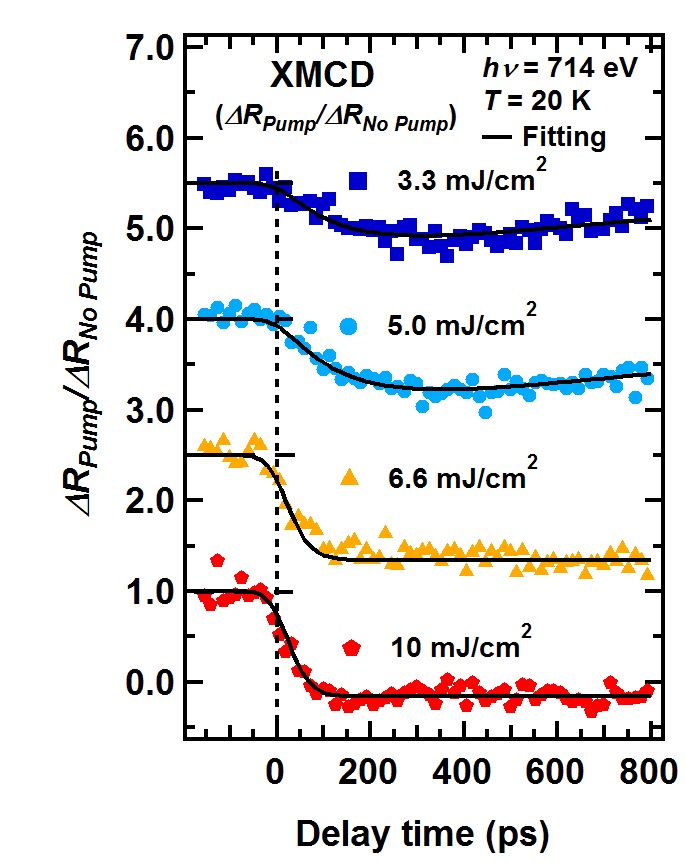 Researchers at the University of Tokyo employed a technique (magnetic circular dichroism) using soft x-rays (x-rays with a relatively long wavelength) that can detect the presence of magnetization to observe demagnetization and insulator-to-metal transition in ferromagnetic insulating oxide thin films. It is an important result since the group discovered that stronger laser illumination causes the insulating film to become metallic, reducing the time taken for the material to demagnetize.

Technological advances have made it possible to perform soft x-ray magnetic circular dichroism measurements in synchrotron facilities made it possible to determine magnetization of individual constituent atoms in small–volume samples including thin films and nanostructures, and thus is expected to lead not only to advances in material science but also to applications in future electronic devices using spintronics, which employs a characteristic of electrons called spin to carry information. However, in spintronics it is necessary to control spins by laser illumination without use of magnetic fields for faster devices.

The University of Tokyo research group of Associate Professor Hiroki Wadati at the Institute for Solid State Physics and Professor Yoshinori Tokura at the Graduate School of Engineering, together with a German research group, created a 50-nanometer thin film using the ferromagnetic insulating iron oxide BaFeO3 and performed a time-resolved magnetic circular dichroism study successfully observing demagnetization and insulator-to-metal transition under laser illumination. The researchers found that increasing laser intensity sped up demagnetization by metallization of insulating thin films. More specifically, while it took 150 picoseconds (1 picosecond is 1 trillionth of a second) for magnetism to disappear under a weak laser, it took less than 70 picoseconds under a strong laser.

These results may lead to applications including writing magnetic information to a storage medium by laser, locally tuning the information to be recorded by controlling the intensity of laser illumination.

“We succeeded in observing the metallization and the change of the demagnetization time scale very clearly by synchrotron x-rays. The results are much more interesting than we expected,” says Wadati. He continues, “We expect to use this metallization phenomenon in magnetic recording by laser illumination. We would like to try measurements of shorter time scales than the 70 picoseconds we achieved in this study by using an x-ray free electron laser.”