Tweet
The University of Tokyo and High Energy Accelerator Research Organization (KEK) signed a memorandum of understanding (MoU) which aimed to strengthen the existing MoU between Institute for Cosmic Ray Research (ICRR), UTokyo and Institute of Particle and Nuclear Studies (IPNS), KEK by establishing official organizations to promote the Japan-led Hyper-Kamiokande international scientific research project, in May 2020. 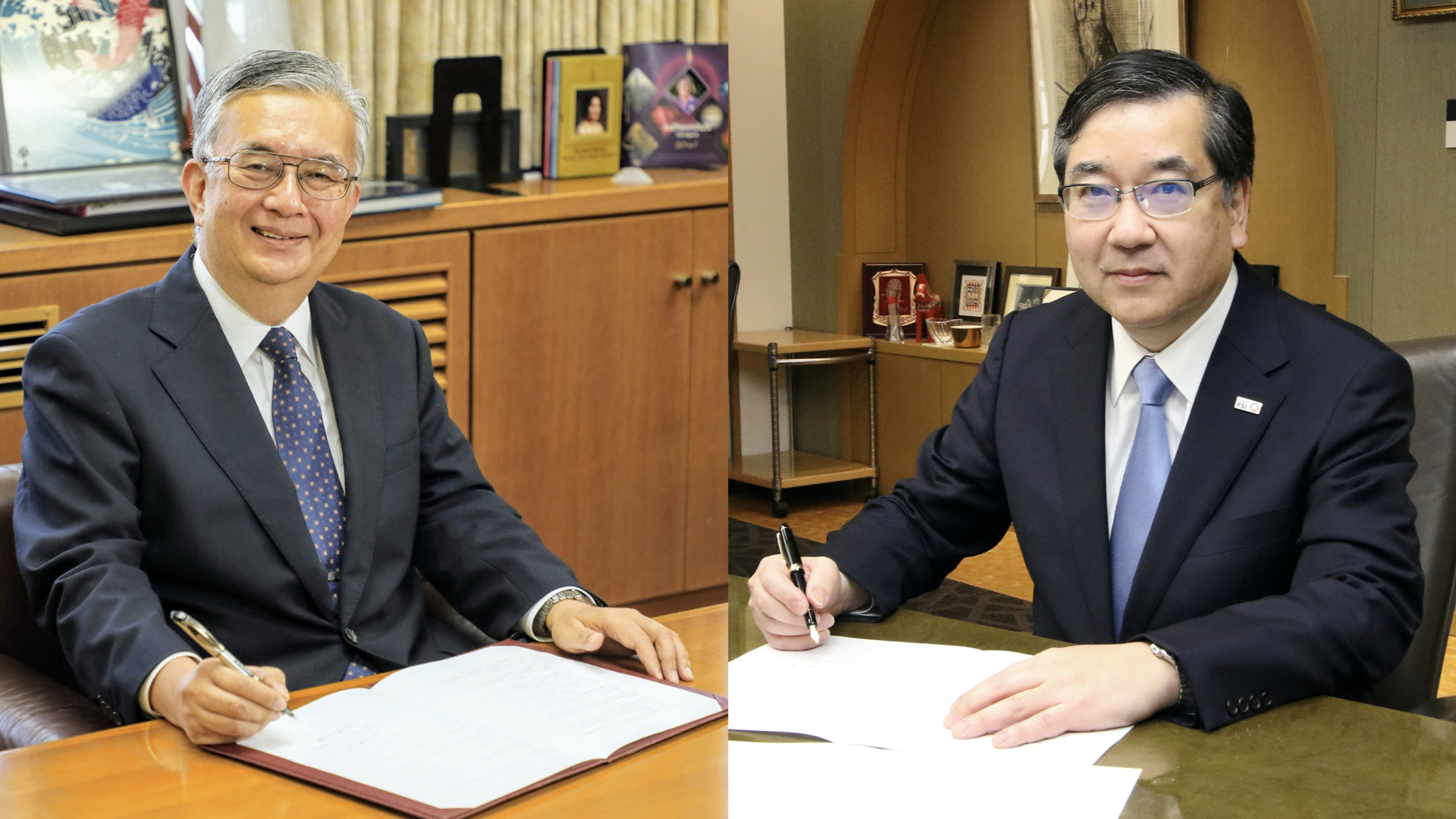 The Hyper-Kamiokande (HK) project, hosted by the two institutions, aims to elucidate the origin of matter and the grand unified theory of elementary particles. Its highly advanced facilities consist of the world-leading HK detector, boasting a fiducial mass 8.4 times greater than its predecessor Super-Kamiokande detector and equipped with newly developed high-sensitivity photosensors, and a high-intensity neutrino beam produced by an upgraded J-PARC accelerator. The HK project was launched officially following the Japanese Diet’s approval of the fiscal 2019 supplementary budget, which includes the project’s first-year budget of 3.5 billion yen.

Among the articles set forth in the MoU, UTokyo and KEK will establish the HK Promotion Council to coordinate collaboration between the two institutions to advance the HK project; UTokyo will construct and operate the HK detector in Hida, Gifu Prefecture; and KEK will upgrade and operate the J-PARC accelerator, in Tokai, Ibaraki Prefecture, to produce a high-intensity neutrino beam.

In lieu of a signing ceremony, UTokyo President Makoto Gonokami and KEK Director General Masanori Yamauchi exchanged signatures by post, due to the state of emergency declared by the Japanese government to stem the COVID-19 pandemic.

The HK experiment is slated to begin in 2027, and UTokyo and KEK will work with domestic and international HK collaborators to close in on the fundamental mysteries of the universe, including the origin of matter and the ultimate physical laws.