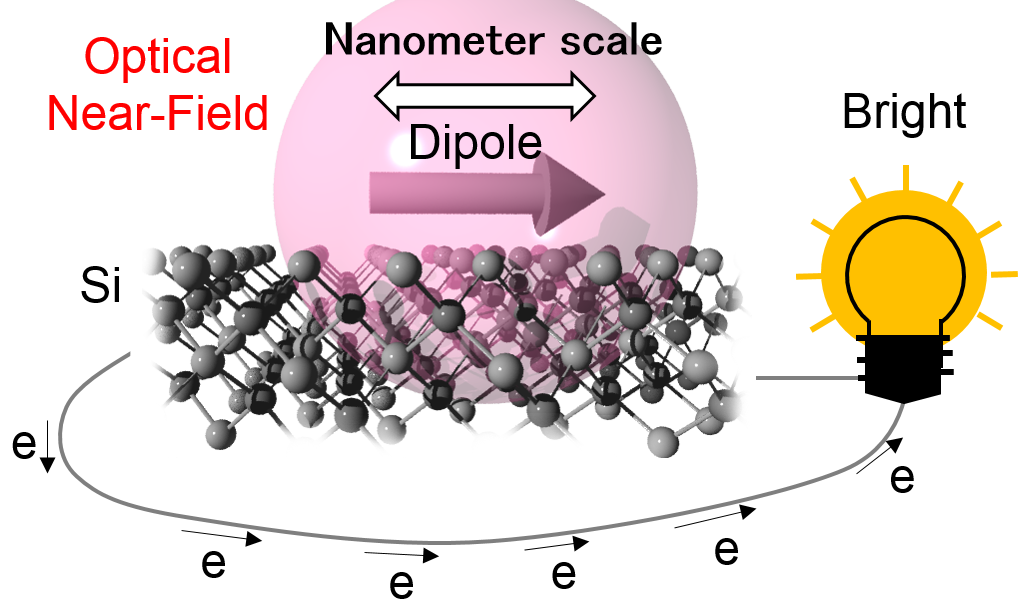 Silicon is used in a wide range of electrical applications, including solar power generation. However, silicon does not convert light to power as efficiently as some more expensive materials, which also are harder to work with. Researchers found a 47 percent increase in the photo-sensitivity rate of silicon devices. Solar power is one possible application of this research.

Solar power is considered an important tool to realize a low-carbon future. So it’s no surprise that considerable time is spent on research to improve solar power generation. The principal way to improve solar devices is to increase their efficiency - the effectiveness of their conversion of light into electricity. Associate Professor Takashi Yatsui of the Graduate School of Engineering and team address this challenge with research into materials used in solar devices.

The material explored in this study was silicon. It is a cheap and abundant material, which has become ubiquitous in technology. It is also relatively easy to work with to produce devices. You experience the power of silicon every time you check your smartphone; in fact, you’re probably using silicon to read this very sentence. It’s the material that most microchips are made from and is known as a semiconductor.

There are many kinds of semiconductors; solar technology developers are most interested in those known as direct and indirect band-gap semiconductors. Both can generate power from light; direct types tend to be more efficient, but are much more expensive to produce and harder to work with. Silicon is of the indirect type, which are less-efficient converters as they require a little help to get the job done. This help comes in the form of localized packets of heat called phonons. But this necessity limits the potential efficiency of silicon solar power devices.

What Yatsui and his team have done is to overcome this limitation by metaphorically fooling the material into behaving as if it has absorbed phonons, when in fact it hasn’t. Therefore, the silicon in question gets the help it needs to convert incoming light into power without the knock to efficiency caused by the presence of phonons. This duplicity comes from a famous quantum phenomenon - the uncertainty principle. This is when, on very small scales, events become less precisely defined almost to the point of ambiguity.

In this experiment, the uncertainty at a small scale is due to the way light nearest to the silicon is confined to a region smaller than the wavelength of the light itself. This technique is called optical near-field excitation. With the incoming light confined in this way, the uncertainty principle is invoked which fools the silicon into absorbing photons to convert to electricity. The researchers observed a 47 percent increase in the photosensitivity rate of silicon.

“We saw great improvements in the optical absorption of our sample, much more than expected. It’s exciting to think about exploring new features of light at nanoscales,” said Yatsui. “We hope our discovery will contribute to basic research and also to improvements in optoelectronic devices, such as sensors, and photovoltaic devices, like solar panels.”