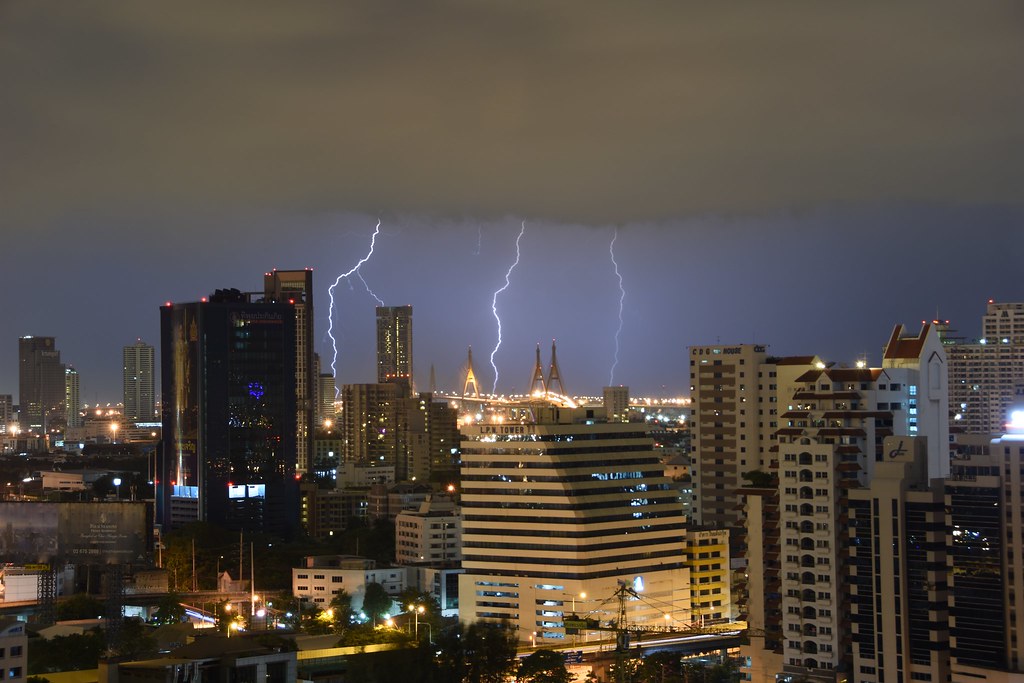 Lightning is an awe inspiring and powerful phenomenon. And though our understanding of it has improved over the centuries, it still holds a great many secrets. Captivated by the study of thunderstorms, University of Tokyo researchers have just resolved another mystery.

During a winter thunderstorm in Japan, graduate student Yuuki Wada and colleagues recorded an intense terrestrial gamma-ray flash (TGF) coinciding with a lightning strike during a thunderstorm. Their measurements came from dosimeters - radiation detectors - installed in a nuclear power plant in Niigata Prefecture, Japan.

“TGFs usually fire upward into space, and have been observed by satellites since the 1990s. Some fire downward, but they have been difficult to measure due to the sparseness of gamma-ray detectors on the ground,” said Wada. “Furthermore, downward TGFs tend to saturate sensitive instruments, hence we had to find a way to compensate for this.”

In order to capture good-quality data about downward TGFs, the researchers realized they could use multiple kinds of detectors and combine the data from them to overcome some of the problems of using just one kind of detector.

“We used one type that has better time resolution and sensitivity to gamma rays, but is easily overwhelmed by downward TGFs. This type was used to determine the presence and timing of a TGF,” continued Wada. “The other type of detector was a gas dosimeter, used near a power station operated by Tokyo Electric Power Company. It has less time resolution than the former, but can withstand greater concentrations of gamma-rays, so it tells us more about the TGFs’ physical parameters.”

The data allowed the researchers to confirm the accuracy of some sophisticated simulations they created. Thanks to this they discovered some key physical details of the TGF phenomenon, including its origin within the thundercloud. This piece of information is useful to answer one of the questions the team had asked themselves. 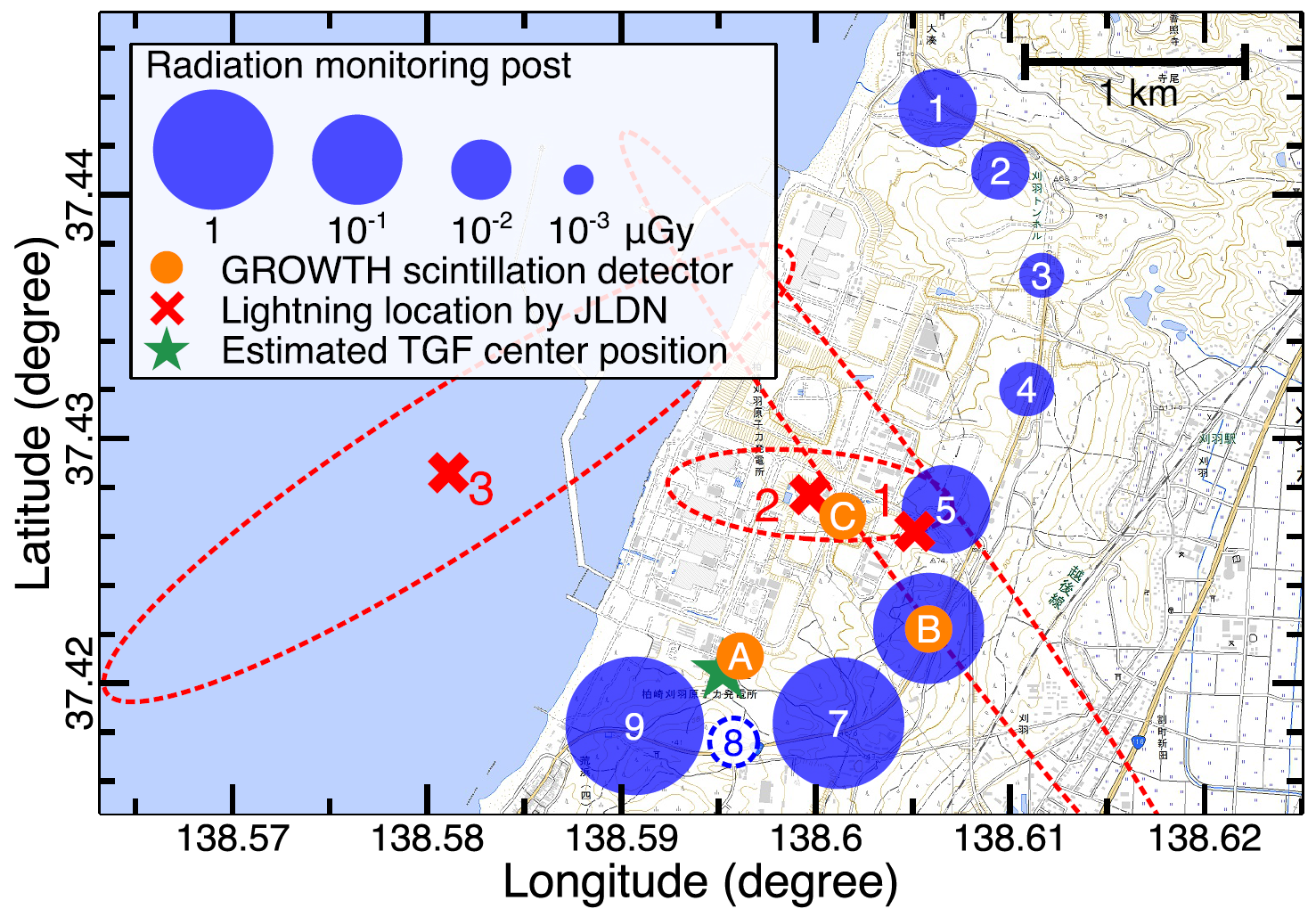 A map of the region where measurements occurred showing locations of detectors. Image: © 2019 Wada et al.

“We wanted to know whether TGFs could in fact be harmful to people on the ground. And we’re happy to report that TGFs appear to be fairly safe for those in the area,” said Wada. “However, the data also tells us that within the cloud near the gamma-ray source might not be so safe.”

Another offshoot of the research is that it could improve upon the quality of data from radiation monitors near nuclear power stations. At present these detectors suffer from noisy signals during lightning storms, which have been neglected. But the new data from this study could help develop a way to interpret the dosimeters’ signals and factor out the lightning-induced noise.

“Studies of TGFs have revealed that lightning discharges are like powerful machines that multiply and accelerate electrons,” concluded Wada. “However, the underlying mechanism is hardly understood. I’m interested in why such drastic phenomena can occur in the atmosphere and our research helps unravel this mystery.”