Whether people in the late Pleistocene era, around 50,000 to 35,000 years ago, migrated across oceans intentionally or by chance is hotly debated. New research using computer simulations suggests many of these ancient voyages must have been planned to some degree. According to researchers, in order to reproduce to establish new colonies, traveling groups must consist of the right mix of people, which is less likely to happen by chance.

Homo sapiens, human beings like you and me, have explored and colonized the world for as long as we have existed. By the late Pleistocene, people had spread from Africa to Eurasia, and had begun to settle on remote islands. These migrations suggest people of the time were more adept at tackling sea crossings than you may imagine. But there is much debate as to the degree of intentionality with regards to some of the more adventurous ocean migrations. Were they the result of accidental drifts, or deliberate attempts to colonize?

“One aim of our research was to evaluate the accidental colonization hypothesis,” said Yasuo Ihara, a lecturer from the Department of Biological Sciences. “Another aim was to ascertain numbers, genders and ages within a group that could found a stable population.” 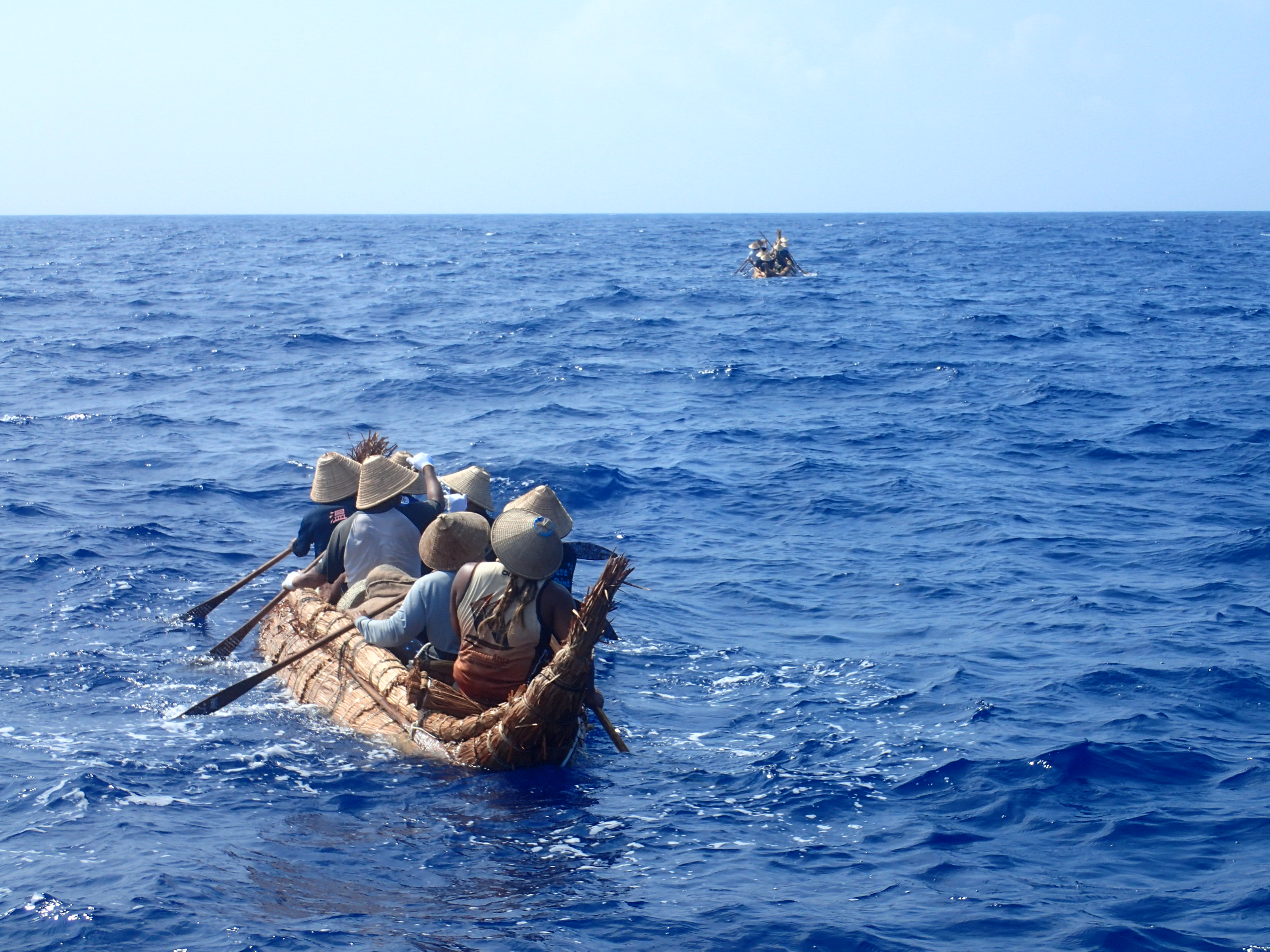 Ancient voyagers. In 2016, a small team paddled two reed-bundle rafts around the Ryukyu Islands of Japan. The craft used for this historical reenactment were made with tools and materials which would have been available to ancient seafarers 35,000 years ago. Image: © 2020 Yosuke Kaifu et al.

Ihara and his team used computer simulations to explore the likelihood with which a group of people who have reached an island will persist to establish a stable population. Taking into account that contemporary groups of hunter-gatherers principally migrate with household members, they modeled the long-term prospects of such groups. They took these groups to be those who may have drifted afar by chance, as these migrations typically aim for predetermined destinations, but they could have easily been sent off course.

The researchers compared this scenario with one that reflects an intentional attempt at colonization, where the groups consist of equal numbers of young men and women. In these demographic simulations, they systematically examined combinations of age-specific fertility and mortality over the ranges documented in contemporary hunter-gatherers.

This research might help archaeologists explain the early human settlements on some very remote islands. For example, the island of Flores in Indonesia, on which an early species of human, the pygmy Homo floresiensis, appears to have established a presence 100,000 years ago or more. That migration appears to have been completely accidental.

Another way in which this study can be useful to archaeologists is that it may help shed light on the specific kind of technology ancient voyagers built and used. Factors such as the size of the craft used could be estimated based on the expected size of the group using it. And the size of the craft can tell researchers about how it may have been constructed. But whatever their methods, these journeys of these early colonists would have been extremely dangerous.

“What made a group of men and women set off a life-threatening voyage to an invisible island?” said Ihara. “So far we have no answer.”