The University of Tokyo AY 2021 Diploma Presentation Ceremony was held at Yasuda Auditorium on Thursday, March 24, 2022.

Followed by the University of Tokyo Orchestra’s performance of “Divertimento in D major, K. 136” by Wolfgang Amadeus Mozart, the ceremonies began as the president, the executive vice presidents, deans of the Graduate Schools and special guest Mr. MUNEOKA Shoji, chairman of the UTokyo Alumni Association, ascended to the stage in their academic gowns.

Livestreams of the ceremony were provided, and watched by many graduates and their families who were unable to attend the ceremonies, as well as the general public. 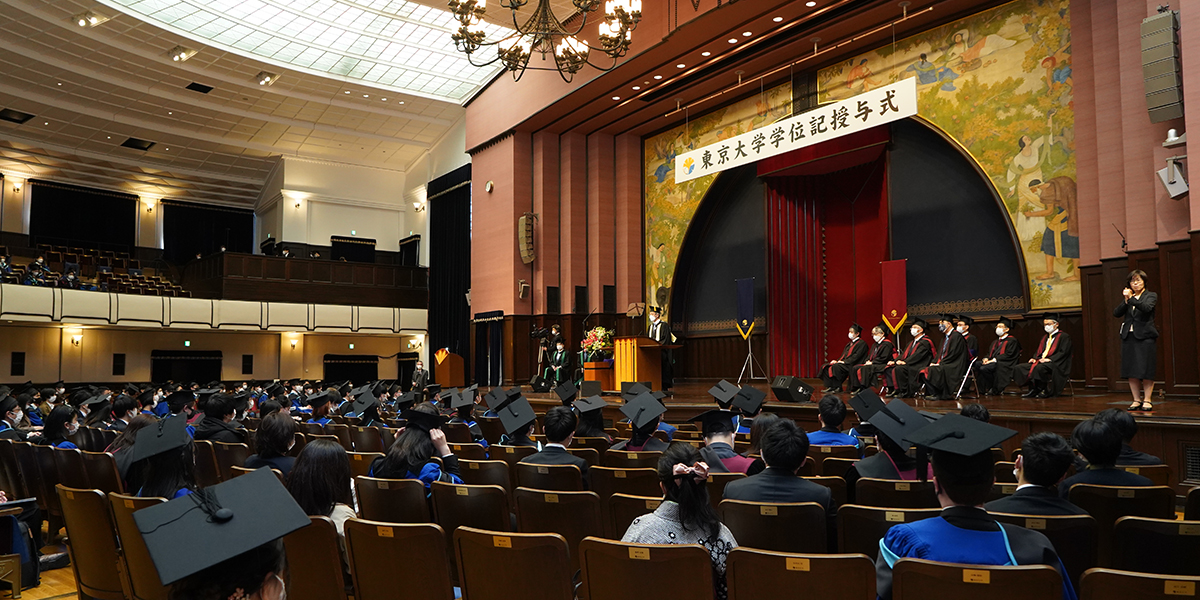