The University of Tokyo AY 2022 graduate matriculation ceremony was held at the Nippon Budokan on the afternoon of Tuesday, April 12th.

The ceremony was held only with new students, in order to minimize risk of infection of COVID-19. Approximately 2,300 new graduate students attended the ceremony.

President FUJII Teruo, the executive vice presidents, deans of the Faculties and Graduate Schools and the directors of University Institutes went on stage, along with special guests Mr. OOGURI Hirosi, director of Kavli Institute for the Physics and Mathematics of the Universe; and Mr. MUNEOKA Shoji, chairman of the UTokyo Alumni Association.

President Fujii gave a speech to the new students on behalf of the university, followed by a speech from Dean of the Graduate School of Economics HOSHI Takeo. Mr. Ooguri and Mr. Muneoka then gave congratulatory messages to the new students. Next, Mr. ONO Yuta, a student a student in the Graduate School of Education, took an oath on behalf of the entire incoming class, after which the ceremony was concluded.

Live streams of the ceremony were provided, and watched by many new students and their families who were unable to attend the ceremonies, as well as the general public. 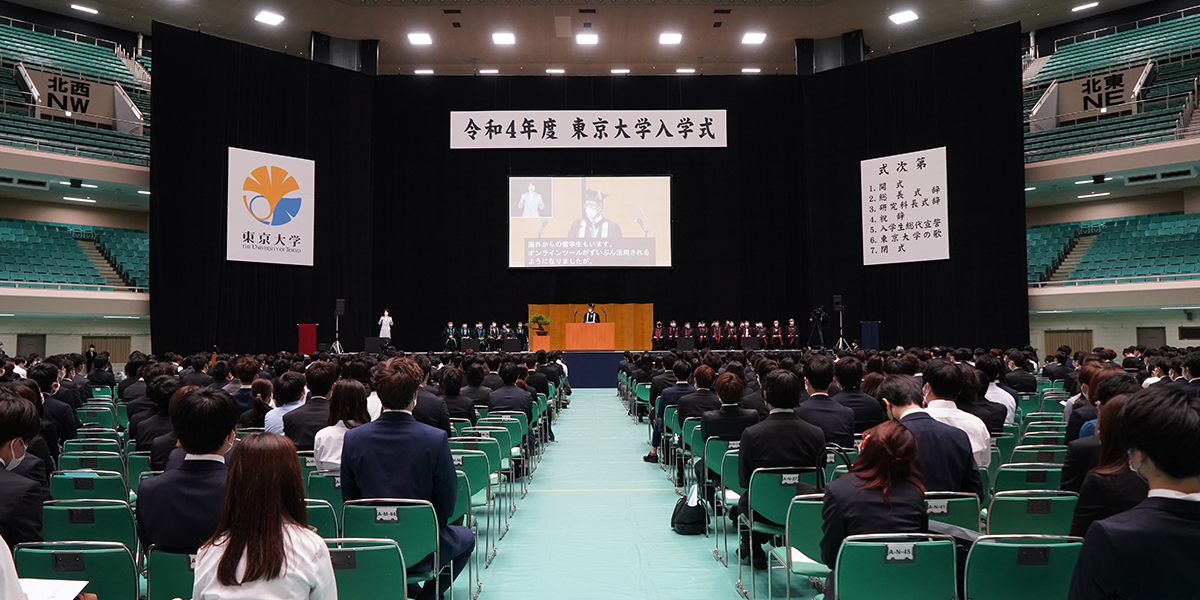