Robotic romance: RoboTech takes their robot couple on a getaway in Vietnam

Tweet
RoboTech, a UTokyo student group, competed in the ABU Asia-Pacific Robot Contest (ABU Robocon) held in Vietnam in August 2018, having successfully defeated their Japanese competitors in the NHK ABU Robocon qualifiers round. They brought home three awards: the ABU Robocon Award, 2nd Runner Up and a Special Award (the Toyota Award), but their fight has just commenced. Yoichiro Kawamura, the leader of RoboTech and a third year undergraduate student of the Faculty of Engineering, joined us to share with us their experience in Vietnam and what the future holds for RoboTech. 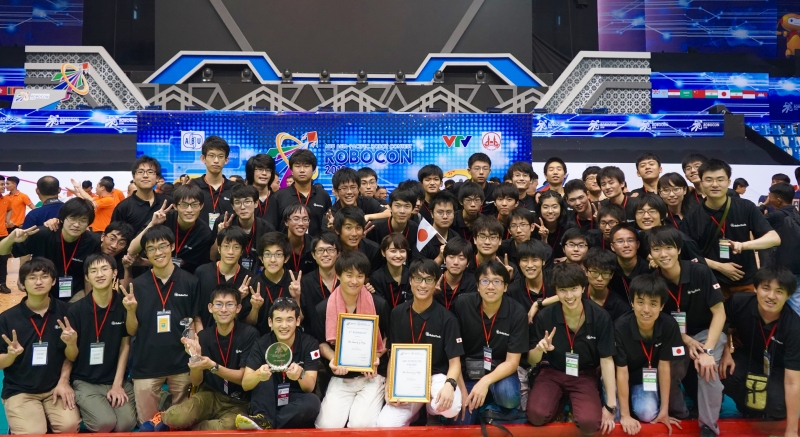 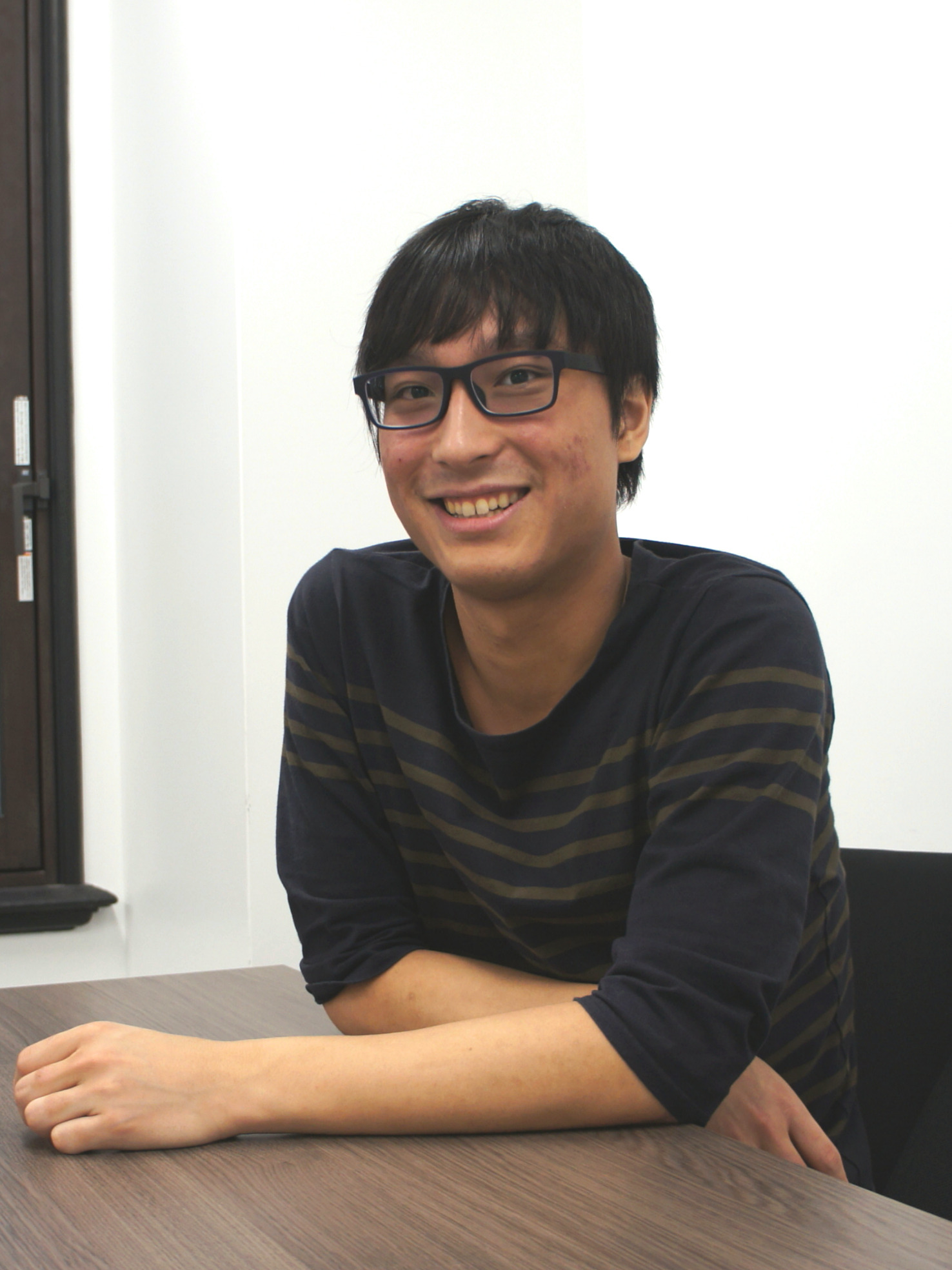 Yoichiro Kawamura, the leader of RoboTech and a third year undergraduate student of the Faculty of Engineering.

Q: Could you tell us about your robots?

When we make robots, we strive for accuracy. We put a lot of emphasis on the planning stage, making sure that there is a logical reasoning behind every movement. In effect, we do the opposite to trial and error – we calculate and run simulations before we actually start building the robots.

They are made solely for the competition, so our one and only aim is to win. The rules change every year, so we have to create the robots accordingly. We have already started preparing for next year.

Q: What was the theme this year?

It was based on a Vietnamese festival called Nem Con in celebration of Vietnamese New Year, which involves throwing a sacred ball through a ring. We chose our own theme based on this, and we came up with “boyfriend and girlfriend.”

Q: How did you come up with that?

It’s a silly story actually. My ex and I broke up earlier this year; I was facetious and suggested it as a joke, but we somehow ended up with it. That is the true backstory, but we obviously couldn’t go around telling people that so we said we wanted the two robots to be like a couple.

Q: How was the tournament?

It was nerve-racking but very enjoyable. The scale of the event was much bigger than the NHK Robocon in Japan, starting with the venue. Vietnam's Deputy Prime Minister Vu Duc Dam was there.

It was very diverse, with 17 countries competing. There was a wide range of creativity from all over the world; for instance, competitors from Nepal and Cambodia told me that they found some of their robot parts on the street. It is really interesting and inspiring to see what people come up with.

Q: How was the trip itself?

We went to a place called Ninh Bình, a small city in northern Vietnam, which is a world heritage site. There was a “bonding day” the day after the tournament, a chance to socialize with people from other teams. We went by rowing boat along a river that connected to some caves. We had never seen anything like it – you don’t get to immerse in raw nature like that in Tokyo.

That’s another thing about Robocon – of course it’s a competition, but it's also a networking event. As such it's a rare, if not the only opportunity for us to interact with people on such an international level, especially as undergraduates, so we very much look forward to it every year.

This competition takes us to different parts of the world (although it was in Tokyo last year). The year before last we went to Thailand, and of course this year we went to Vietnam. Next year will be in Mongolia – hopefully we’ll get to go!

Q: You met with Prime Minister Abe before you set off to compete in Vietnam. How was it meeting him?

It was a privilege – we actually met him two years ago as well. It was very brief, but we still managed to talk for a bit. We uttered a small complaint, that the rules kept on changing, and to that he responded: “it’s tough being a rule maker.” Those words coming from him carried a lot of weight. He wished us good luck in the competition.

Q: You won three awards: the ABU Robocon Award, 2nd Runner Up and a Special Award (the Toyota Award). How do you feel about that?

We were extremely happy to receive the ABU Robocon award. This award is given to whoever judges think had the best idea and technical abilities, so we are happy that our hard work was recognized.

It was an honor receiving the Special Award from Toyota too – the spokesperson told us that they were impressed with our spirit, not giving up until the very end.

However, it's a competition and of course there can only be one winner, so we are gutted that we didn’t get to take the crown home. Hopefully we will win next year!

Q: Could you tell us about the robots you’ve started working on for next year?

As mentioned, next year’s competition will take place in Mongolia which is well known for its horses - so the theme is horses. This is particularly interesting because we are going to build a four-legged robot, as opposed to the usual running on tires. It raises the bar drastically, requiring cutting edge technology, whereas before we were perfecting the basics. We are excited to take on this challenge, and hopefully it will be an opportunity to showcase our skills.

We definitely want to win, of course, but we are looking forward to bettering our skills as well. We would gladly welcome people who are ready to take on this challenge with us. 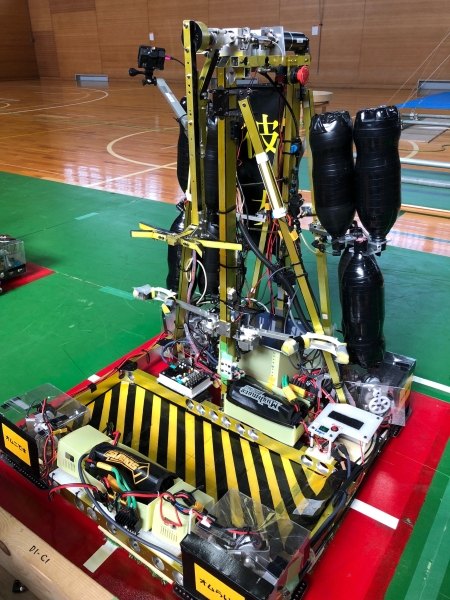 Q: What are your team activities?

We hold a meeting once a week, where every member attends. Aside from that, it's really dependent on the role you take on. For instance, those in charge of hardware are usually busy during the construction of the robots, but those who are on the software side become busy once we start moving the robots.

Q: Do you have to be tech-savvy to join?

Not necessarily. Over half of newcomers don’t have technical knowledge or skill, just a passion for games or robots. It is fundamentally a university group for undergraduates so naturally there will be a lot of inexperienced people. Once you join, we provide a lot of training. We also encourage independent learning too, so you need to be a driven person.

Q: Are there any international students in RoboTech?

Not right now, but we have had in the past. We would love to have international students join us and create something extraordinary together. We all speak English so communication will be no problem.

The robots we make are not necessarily useful in the grand scheme of things, but the technology employed can definitely be applied elsewhere. You won’t experience this process of robot making in class so hopefully the skillset acquired here will be of use in the future.

Q: What kind of robot would you like to create in the future? 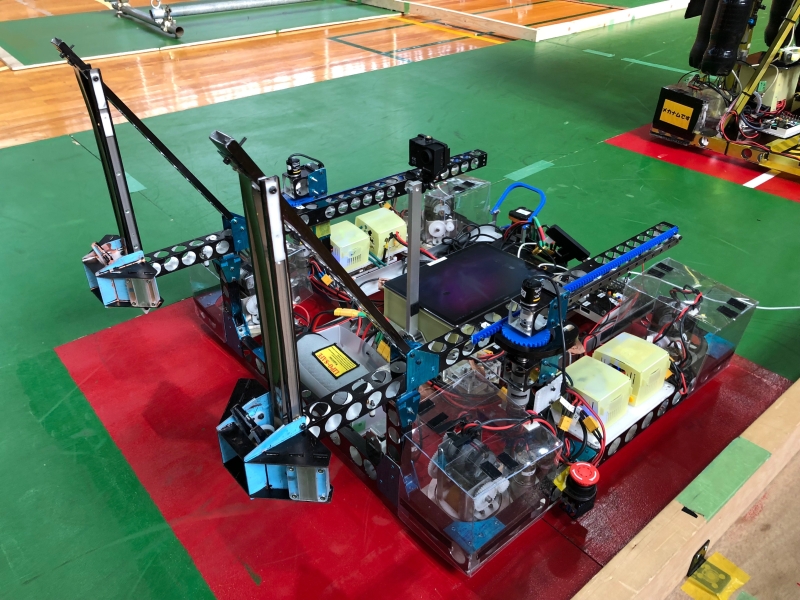 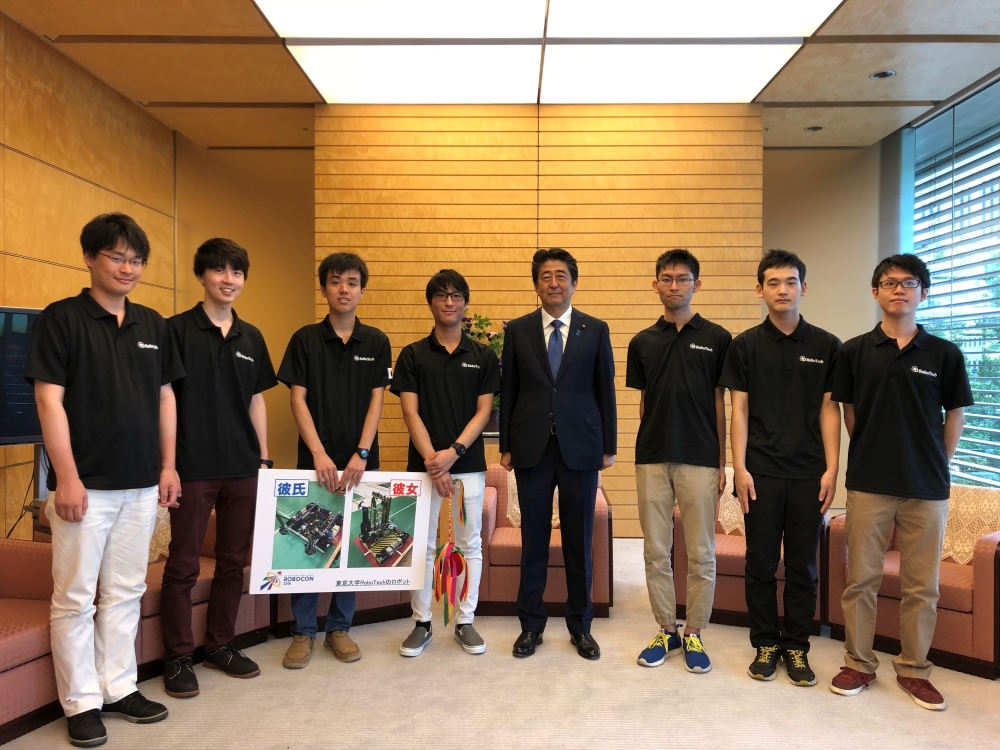