University presidents and other representatives shared issues and deepened their understanding through discussions under the theme of the forum “Opening, Innovation, and Fusion: Aiming for new development of higher education through collaboration between Japan and China.”

At the closing ceremony, Executive Vice President Hayashi, on behalf of the Japanese members, praised the continuation of exchanges online based on the face-to-face exchanges to date, despite the COVID-19 pandemic. She also remarked that further exchanges will be expected on the occasion of the 50th anniversary of the normalization of relations between Japan and China in 2022.

The 13th Forum for Japanese and Chinese University Presidents will be held in 2023 at Hiroshima University. 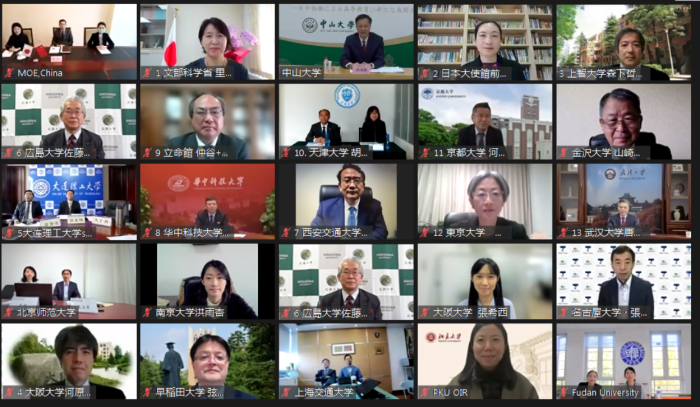 Inquiries about the content of this page: International Projects Promotion Group