Summary:
In this lecture, Dr. Kitaoka will provide his views on the significance of the Meiji Restoration in the world and in Japanese history, by covering the legacies of the Edo period, and the process of the state building from the beginning of Meiji period in 1868 until the proclamation of the constitution in 1889 and the establishment of the parliament in 1890. 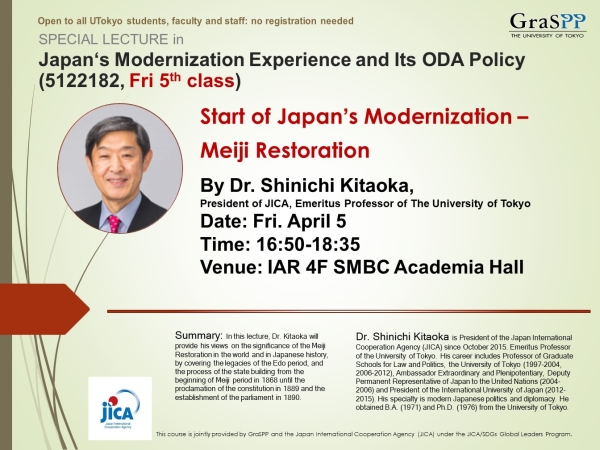