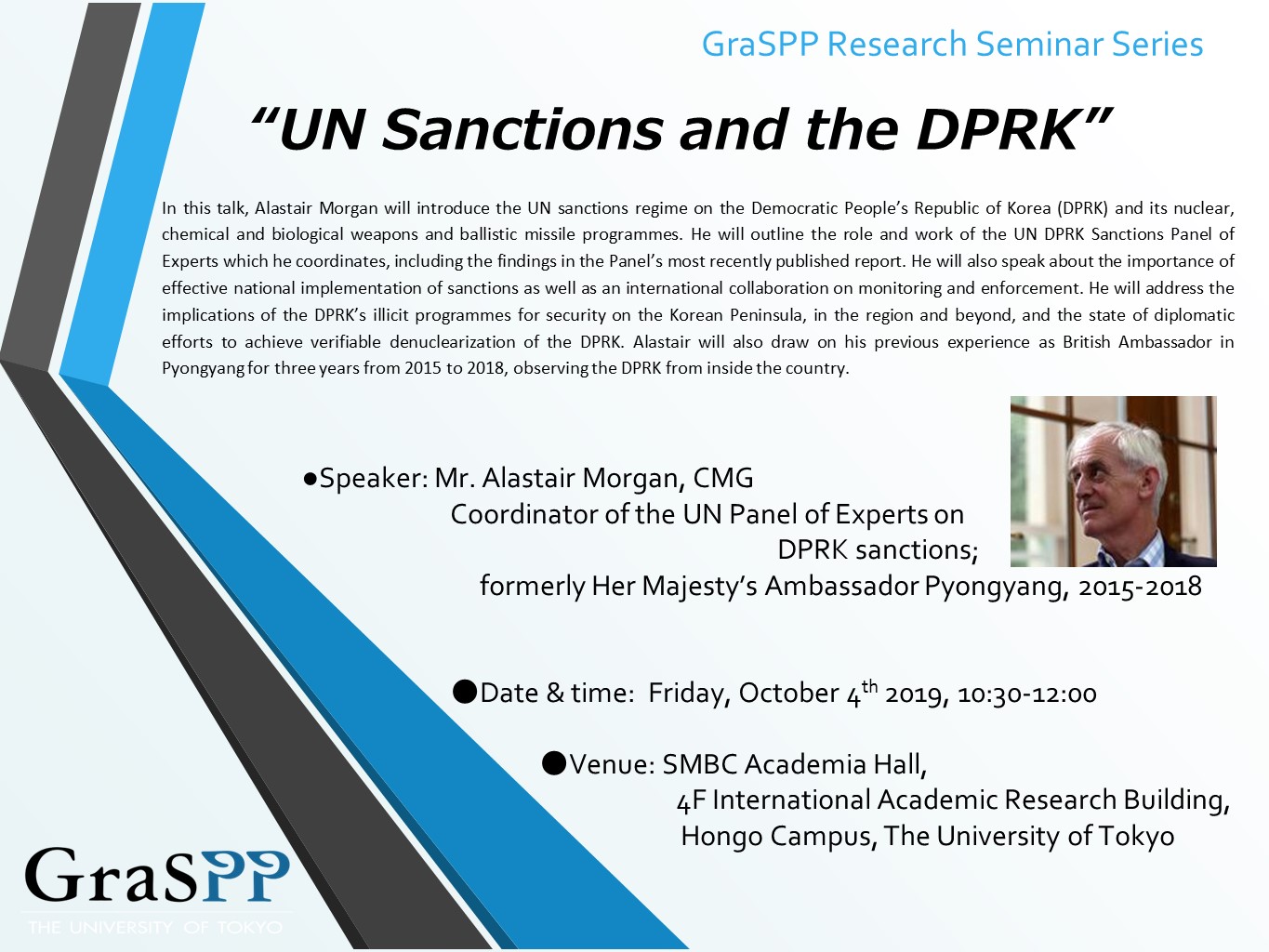 Speaker's biography:
Alastair Morgan took up his current appointment as Coordinator of the UN Panel of Experts on DPRK sanctions upon leaving the British Diplomatic Service in April 2019.
He was previously the British Ambassador to the Democratic People’s Republic of Korea from December 2015 to December 2019.
Prior to his appointment in Pyongyang, Alastair served as Consul-General, British Consulate-General Guangzhou, from 2010 to 2014, having previously held the post of Commercial Counsellor and Director of Trade & Investment for China in British Embassy Beijing from March 2007 to December 2010.
Alastair had two previous diplomatic postings in East Asia, both in British Embassy Tokyo. From 1991 to 1996 he was First Secretary (Trade Policy) and from 2002 to 2006 he was Counsellor Trade Policy and Director of Inward investment. He also worked in Tokyo on loan to the Japanese Ministry of International Trade and Industry from 2001 to 2002, and from 1983 to 1985 as a Lecturer in English language and literature at Gakushuin University, Japan.
Alastair joined the Department of Trade & Industry in 1985 and his subsequent appointments have included Director of Operations at the Invest in Britain Bureau.
Alastair studied English Literature at Trinity College, Cambridge University and speaks Japanese, Mandarin and Korean. He is married with three children, and currently lives in New York.