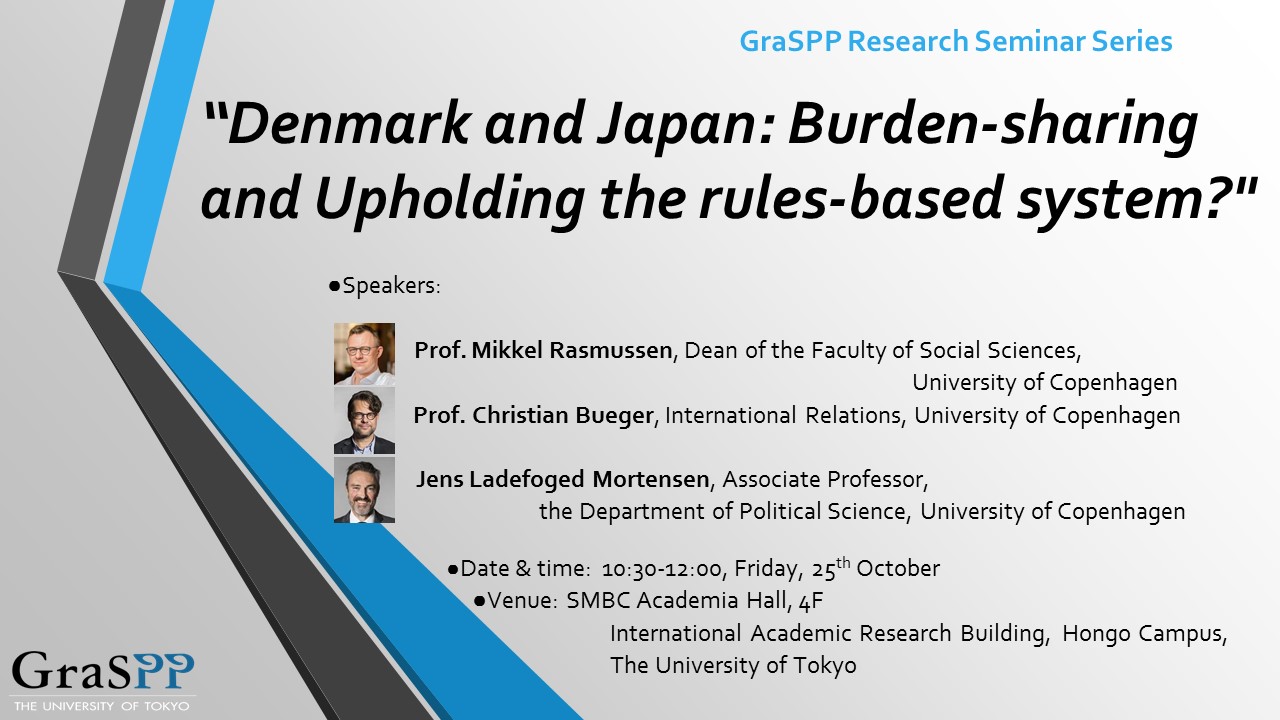 Abstract:
Tarō Kōno, Japan’s Minister of Foreign Affairs said at the 2019 Munich Security Conference: "If the U.S. cannot be the policeman alone anymore, Japan, Europe, and other like-minded countries need to increase the burden sharing." This public forum takes up the theme of burden-sharing, and international cooperation more generally, in an era of American decline. First, what are the implications for countries such as Japan and Denmark, a large US ally and a small NATO ally? Second, what does “burden-sharing” look like from a European and East Asian perspective? Exactly what “burdens” are to be shared, in what realms of international life, and how do we measure such efforts beyond mere military spending targets? Third, what can realistically be done, considering existing capabilities and the changing power distribution in the international system? Do new frameworks and partnerships need to be devised or can existing ones be refashioned and what are the limitations?

Jens Ladefoged Mortensen is Associate Professor at the Department of Political Science at the University of Copenhagen. His research focuses on International Political Economy, international institutions and international trade, especially the WTO and EU common external commercial policy and trade diplomacy. His latest research revolves around the application of new IPE approaches to the study of EU trade politics and related areas such as the geopolitics and competitiveness of the EU, the new EU bilateral trade agreements, understandings of power in economic globalization, and sustainable trade issues in global economic governance.