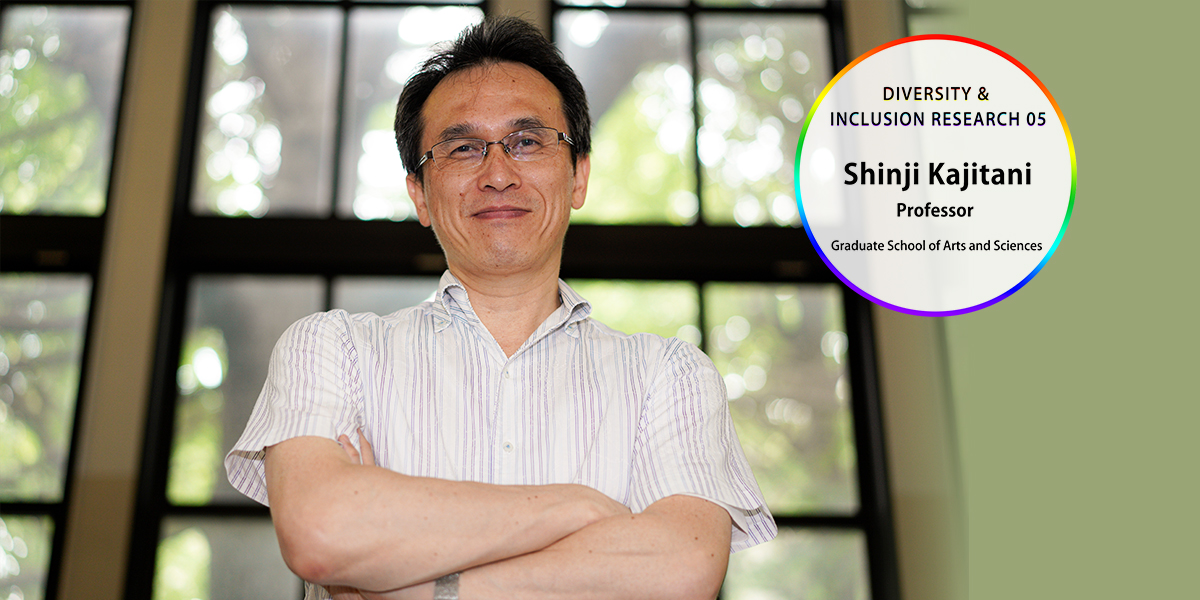 ―― You have so far held many events known as “philosophical dialogues.” How did you get started?

I met Dr. Jackson in Hawaii and we hit it off right away. He took me to Kailua High School and Waikiki Elementary School, where I saw how P4C was practiced. I was immediately intrigued. It was not the type of event that focused on discussing famous philosophers and their difficult concepts, but I was impressed by how the students were having a lot of fun thinking about a single issue together. It reminded me of the joy of thinking.

When you study philosophy, there is a certain amount of joy in trying your best to think about difficult questions. You feel such joy when you finally see the light after puzzling over a question. But philosophy for children is different from that. They are not aware that they are thinking about difficult questions; they are just having fun thinking together. But at a certain point, their thoughts can suddenly start to delve deeper. They are probably not aware of this change and are just chatting normally. What is perhaps different from regular conversations is that they are talking seriously. Children were getting excited talking earnestly about the topic of “What is the difference between reality and dreams?” I was amazed that they can talk about such things at length.

I held my first workshop in Japan in November 2012. I posted an event notice on the UTCP website and invited as speakers some philosophers practicing philosophical dialogue. Even though I didn’t advertise that much, around 80 people showed up at the venue, which only had a capacity of 45. The topic of the workshop was “Philosophy for Everyone.” Many of the participants said they don’t really understand philosophy or they’ve never read a philosophy book. I was impressed that there were many women there, a huge contrast to previous philosophy-themed events, which mainly attracted middle-aged and older male philosophy buffs. I learned that philosophy can be a means through which people from all walks of life can come together in a way that had not been possible.

Today, when I hold philosophical dialogues online, more than 80% of the participants are women. Many of them are stay-at-home moms, and it is very interesting to learn what they are thinking. In Japan, they are often regarded as less informed, with the impression being that they don’t work outside the house and only know about domestic matters. However, I think their perspective is very broad. They engage with different kinds of people, ranging from their children, fellow moms and schoolteachers to their husband and in-laws, and some of them have work experience and specialist skills. So they also have an identity as a former working professional, feeling conflicted about their current status as a homemaker. People who have feelings of conflict are very good at expressing their thoughts at philosophical dialogues. In general, people who are not at the center of society are more interesting to listen to.

―― What do you mean by interesting?

They are thinking based on values that are different from generally accepted ones. They probably don’t get a chance to talk about such thoughts in a normal public setting. In philosophical dialogues, they voice them spontaneously. The comments we hear from working women usually align more with those of working men, while full-time housewives who are struggling, such as those taking care of family members who are ill, often say things we would not normally hear. The same is true for children who go to schools generally considered low ranking, or children with developmental disorders.

When I hear eye-opening comments from people who are usually relegated to the periphery of society and have endured many difficulties in life, I feel that the presence of such people enriches the dialogue. Also, in my experience, I feel that the stereotype of the housewife in Japanese society as someone less well-educated or less well-informed is completely wrong. I think that philosophical dialogue allows what we call inclusion and diversity to be easily achieved.

Each time, with each topic, we learn something new. We take up topics that philosophers don’t usually discuss, such as “money,” “mothers” and “anime,” but it’s interesting. We can have a proper philosophical discussion through such themes.

―― Were the eight rules of philosophical dialogue that you proposed in your 2018 book (whose title is roughly translated in English as “What Is Thinking?”) originally conceived at the University of Hawaii?

No, I came up with them myself. Usually, only about three rules are used. However, a good facilitator takes other things into account. I narrowed the rules down to eight, considering the factors that prevented people from speaking up. Some people disagree with some of these rules. Some say the rule “It’s OK to just listen and not speak” is not appropriate, because speaking is the key to dialogue. But many people cannot speak up when they are pressured to do so. Others say the rule “It’s OK not to speak coherently” should also go, arguing that philosophy is an accumulation of logic. But I know that many people can’t speak because they fear they cannot speak coherently. I think the most important thing is to create a place for as many people as possible to talk, rather than trying to have a philosophically deep or sophisticated discussion.

―― How has the coronavirus pandemic, which has severely restricted in-person events, affected the dialogues?

Since the pandemic hit, there has been an explosion in the number of people running philosophy cafes and holding philosophical dialogues online. I also have started to hear that many of these new events use the rules in my book.

In online events, you can’t apply some of my suggestions such as sitting in a circle or sitting as close to each other as possible, but the point of being in a circle is that everyone has the same seating arrangement. When you’re online, everyone faces each other in the same way so it’s actually better than sitting in a circle. Also, I’ve learned that in face-to-face events, you sometimes find it hard to speak, hindered by other people’s presence or by people who somehow exude an aura that overwhelms others. But online, you don’t have such barriers. In that sense, going online has greatly helped lower the hurdles of hosting and participating in philosophical dialogues. Some people start their session at 10 p.m. or 11 p.m., while others are at home in their loungewear, relaxing on their sofa. Some others are lying on the floor, with a cat cutting across in front of them. People are really relaxed and feel uninhibited to talk.

―― Is philosophical dialogue a part of your research?

Yes. I’m doing it as part of my research on how to create an experiential venue of philosophy, and what is important in creating such a venue. Normally, we create a community among people who have something in common, such as a shared purpose for working, common blood ties or similar levels of academic achievement. Similarity or homogeneity is the basis upon which a community is created. But in a philosophical dialogue, difference becomes the basis that draws us together. It’s not like we live in that community forever, but at least when you’re having a philosophical dialogue, there’s a community that ties people together based on their differences. You can say it is interesting to be together because we are different.

When we discuss diversity and inclusion today, we tend to take a philosophical or theoretical approach. We insist that we should achieve equality or equity, eliminate discrimination and be open to those different from us, that mutual understanding and recognition as well as tolerance are important, and we must therefore engage in dialogue, and so on. But these are all merely ideals or aims, which we have no idea how to achieve, and we just end up making efforts or enduring together, often without much results to show at the end. However, when we experience philosophical dialogue, we realize how they become possible. My present research project is to develop it as an “inclusive philosophy.” 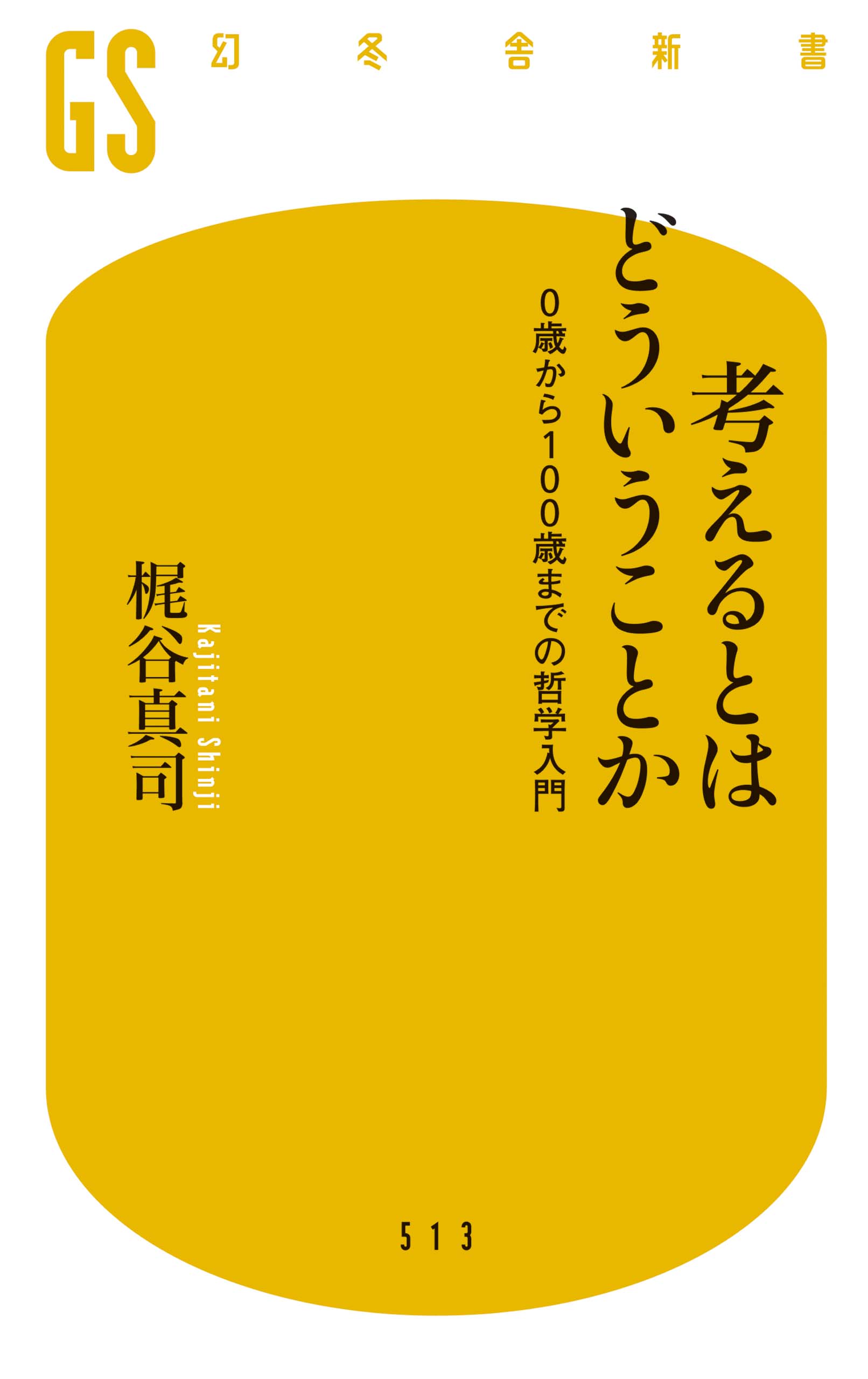 How would you answer this simple question? Is it using your head? But how do you use your head?

There must be another way to ask this question to make it easier to answer. “When and where did we learn how to think?”