Originally aspiring to be a biologist, Koshin Sekimizu had never dreamed of becoming an entrepreneur. This changed completely in 2014, when he met a University of Tokyo researcher who had created a head-turning technology that could help people with diabetes to more easily manage their blood sugar.

In fact, a candid encounter with a biotech entrepreneur several years earlier had convinced Sekimizu to avoid that career path. But this resolve crumbled instantly when he talked to Associate Professor Toshiya Sakata of the Department of Materials Engineering at UTokyo’s Graduate School of Engineering, who had developed what would become the key technology for Provigate, Inc., the company Sekimizu later established in 2015.

This meeting changed the future entrepreneur’s mind. “I was really impressed by Associate Professor Sakata’s research results on biosensing devices that have been recognized around the world, and by his contribution to next-generation sequencing,” Sekimizu said, referring to an advanced rapid, low-cost method for determining the order of the units in genomes.

Provigate is developing a system for monitoring blood glucose levels that will connect to an app it is also creating to prod behavioral change. The system and app are designed to encourage people with diabetes to regularly monitor their blood glucose level as part of managing their lifestyle habits. Managing this chronic illness is crucial at a time when about 10% of adults in the world are diabetic, but many of them find it difficult to maintain a healthy diet and regularly exercise.

Provigate is focusing on a substance found in blood called glycated albumin (GA), a biomarker that may indicate the presence of diabetes that better reflects more recent lifestyle habits than conventional markers, and plans to put the system on the market in 2023. It also plans to develop noninvasive monitoring systems that analyze tears and saliva, which are known to contain GA. Sekimizu hopes such devices will help reduce diabetes-related medical costs, which globally are estimated at 110 trillion yen annually.

Doubts spring up while in doctoral program

Sekimizu originally set on becoming a biologist who travels around the world for fieldwork. But while carrying out work on embryology using small fish at the UTokyo Graduate School of Science, he started to wonder whether he wanted to continue conducting such experiments and began harboring doubts about his future path. So, he took up a job at a management consulting firm after completing the doctoral program at the Department of Biological Sciences.

At the consultancy, Sekimizu was involved in a survey of biotech startups when the biotech bubble burst and left the industry in tatters, around 2010. During the course of this survey conducted on behalf of the Ministry of Economy, Trade and Industry, Sekimizu interviewed an entrepreneur who happened to be a UTokyo graduate. When Sekimizu asked how Japan’s biotech ecosystem could be created, the entrepreneur answered bluntly: “We don’t need critics. You should establish your own startup.”

“While I was jotting down his answers, I thought to myself, ‘I will never, ever become an entrepreneur,’” Sekimizu recalled. “But somehow, his words lingered in my mind long after that.”

Sekimizu later switched to a job at a Hong Kong private equity firm, and then fate intervened — he met Sakata, who was exploring ways to commercialize his technology to measure the glucose level in tears. A sample from tears, unlike blood, can be obtained noninvasively. Provigate was established in Tokyo in 2015, with Sekimizu as its president and chief executive officer and Sakata as an outside director.

Pivoting from glucose to GA

Provigate shifted from the original idea of using glucose in tears to GA as a biomarker after it investigated the composition of tears with a subsidy from Japan’s national New Energy and Industrial Technology Development Organization. GA is contained not only in tears, but also in blood and saliva.

Provigate is located in the Entrepreneur Plaza on UTokyo’s Hongo Campus. The university’s Division of University Corporate Relations provides this facility, which can be used as an office and/or laboratory, to support startups. “A company like ours needs to conduct experiments,” Sekimizu said. “When we launched our business, Tokyo had very few places where we could employ workers and conduct experiments. So, basing our company here was a tremendous advantage for us.”

Provigate’s location enabled unfettered access to fellow entrepreneurs and investors, as well as smooth communication with UTokyo’s graduate schools of Engineering and Medicine, with which it conducts joint research.

Moreover, Provigate managed to ride out a prolonged fund shortage after the company’s 2018 pivot to GA without suspending its research, thanks to investments made through UTokyo’s ecosystem. Sekimizu met by chance a UTokyo graduate at the FoundX program for UTokyo graduates starting up businesses, who later became an angel investor for the company. Provigate also obtained funding as part of a deal between Daikin Industries, Ltd. and UTokyo, in which a portion of the air conditioner manufacturer's 10 billion yen contribution, over 10 years from 2018, has been earmarked to support startups. “Such a miracle would never have been possible if Provigate wasn’t located here,” Sekimizu said, underscoring the importance of being in the “right place.”

In September 2021, Provigate raised 910 million yen from trust investment firm SPARX Group Co., Ltd., and venture capital firms ANRI and Coral Capital, Inc. through a third-party allotment of shares. The company plans to use this money to accelerate development of new devices. “In the future, we want to develop devices that monitor the sugar level in tears and saliva, a method that is easier physically for the patient,” Sekimizu said. “We think that doing this will make life easier for people with diabetes.” 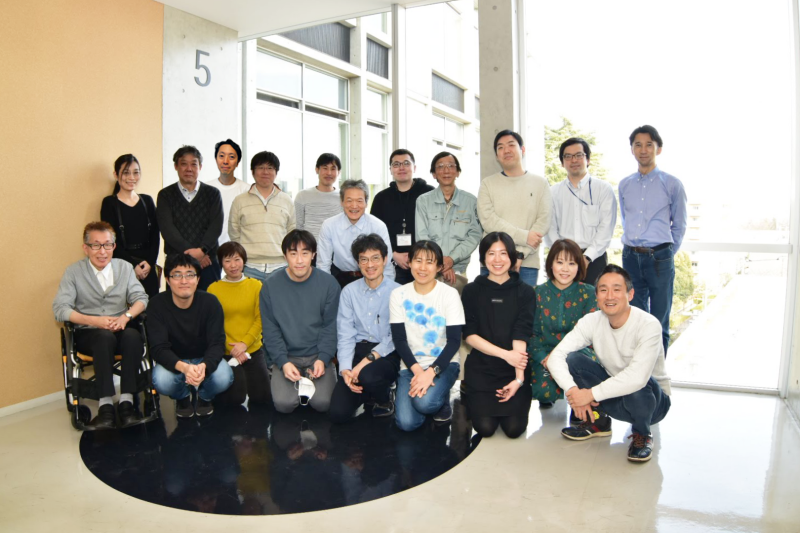 Established in March 2015 based on technology developed by UTokyo Associate Professor Toshiya Sakata. In partnership with UTokyo graduate schools of Medicine and Engineering, as well as Jinnouchi Hospital in Kumamoto, Kumamoto Prefecture, Provigate develops a blood sugar level monitoring device and an app to manage blood sugar levels and encourage behavioral change. It has received support from Ichimura Foundation for New Technology, New Energy and Industrial Technology Development Organization, Japan Agency for Medical Research and Development, Tokyo Metropolitan Government, and Japan Science and Technology Agency. It plans to raise funds through a third-party allotment of shares in 2022. Chief Technology Officer Narushi Ito, who worked on blood glucose level measurement devices at a major company, and other experienced engineers spearhead development of the system. Provigate has 14 full-time employees as of this writing.