Lecturer Yasuhito Sekine of the University of Tokyo and his colleagues have defined the circumstances and mechanism of the oxygen catastrophe, a prehistoric swell in the concentration of atmospheric oxygen. 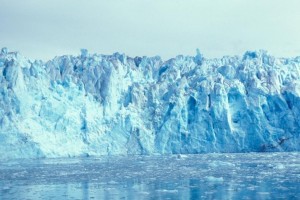 Previous studies hypothesized the concentration rose sharply 2 billion to 2.4 billion years ago. Based on its analysis of osmium, a platinoid element, sampled from ground strata in Ontario, Canada, Sekine’s group found that the increase occurred about 2.3 billion years ago, a period of transition from the Huronian Glaciation to climatic recovery, as a result of the massive growth of photosynthetic life facilitated by heavy warming.

The group’s research was carried out in collaboration with Katsuhiko Suzuki of the Japan Agency for Marine-Earth Science and Technology (JAMSTEC), an independent research institution.

The new findings were published in the journal Nature Communications (electronic edition: October 12, 2011). Sekine teaches at the University’s Department of Complexity Science and Engineering, Graduate School of Frontier Sciences.